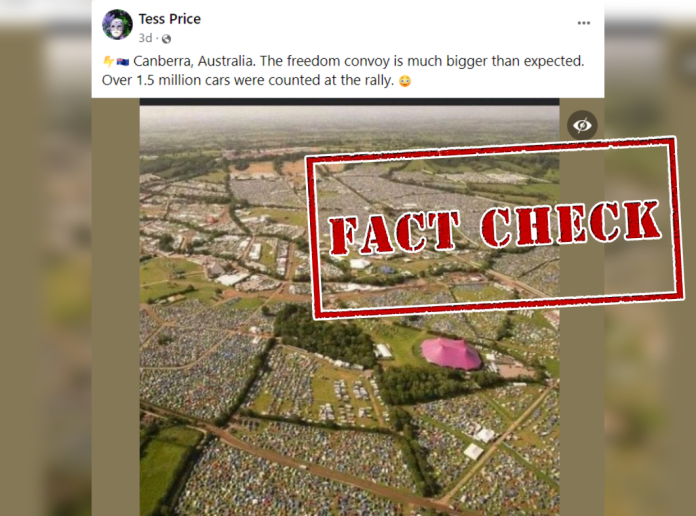 On February 12, thousands of protesters gathered in Canberra, Australia, to protest against COVID-19 mandate in the country joining Canada’s Freedom Convoy 2022. Canadian truckers protesting against the COVID-19 mandate for truckers crossing the U.S-Canadian border coined the protest as Freedom Convoy. The Australian police had to warn the protesters to leave by the end of the day on February 13 according to Reuters.

Against this backdrop, an image is being widely shared on social media claiming that over 1.5 million cars supporting the Freedom Convoy gathered in Canberra.

The image is being shared on Facebook with a caption that reads, “Canberra, Australia. The freedom convoy is much bigger than expected. Over 1.5 million cars were counted at the rally.” 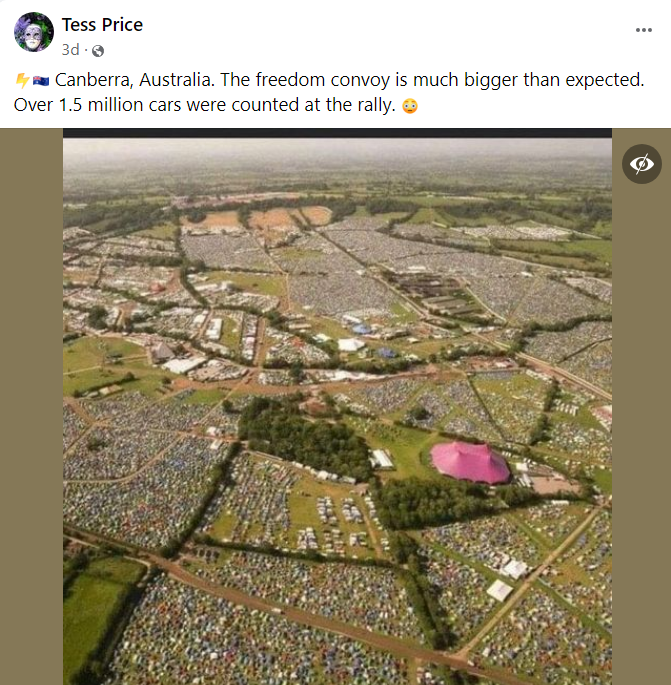 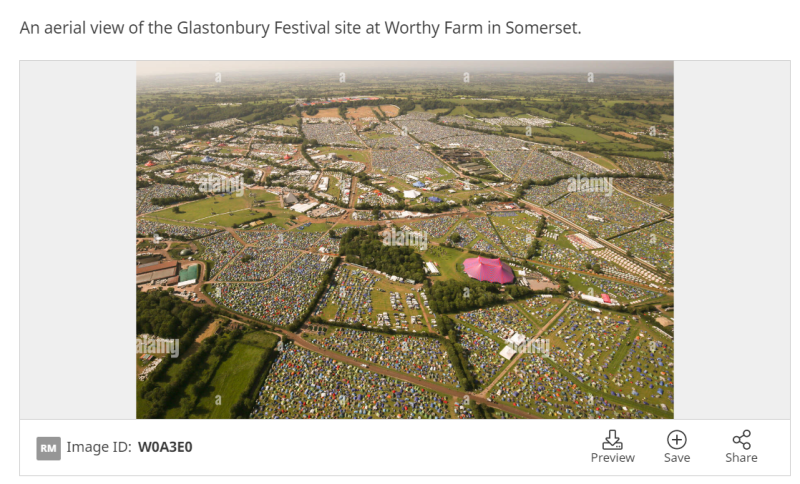 Below is the comparison between the viral image and the image published in 2019. 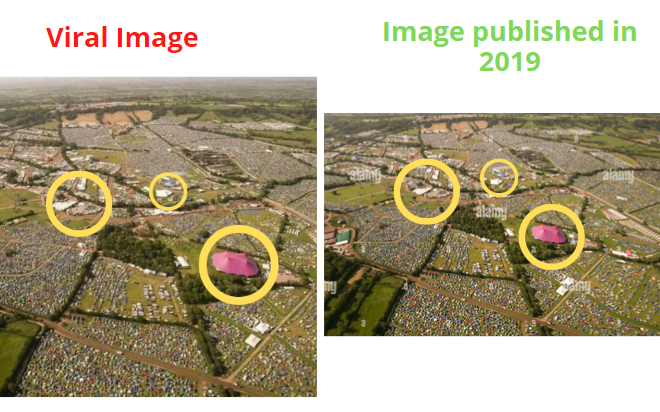 The same image was also published in another news report on July 7, 2019, with the headline “Glastonbury Festival 2019: Do believe the hype.”

Similar images of the festival can be seen in an article published by Daily Mail on June 22, 2017.

Thus, it is evident from the above information that an old image from a festival in England is being falsely linked to the recent Australian Freedom Convoy.