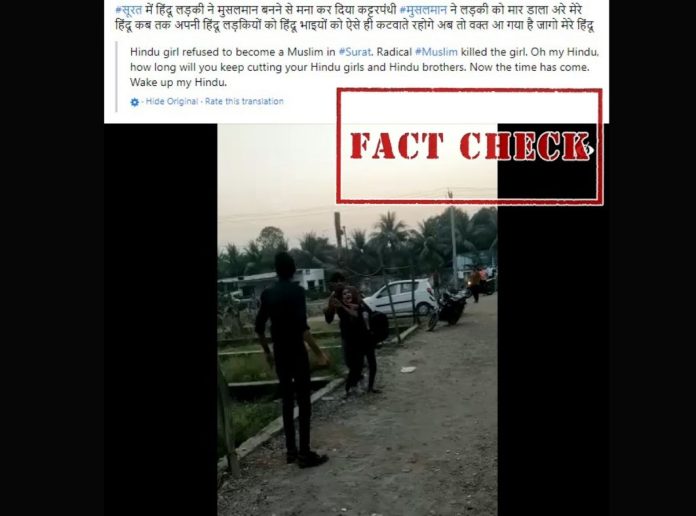 A gruesome video of a man slitting a woman’s throat in broad daylight has surfaced on social media platforms with a communal claim. The video was recorded by some people who can be heard screaming and crying in the background.

A Facebook user shared the video with a caption in Hindi that roughly translates to, “Hindu girl refused to convert to Islam in #Surat. Radical #Muslim killed the girl. Oh my Hindu, how long will you will let your Hindu girls and Hindu brothers die like this. Now the time has come. Wake up my Hindu.” 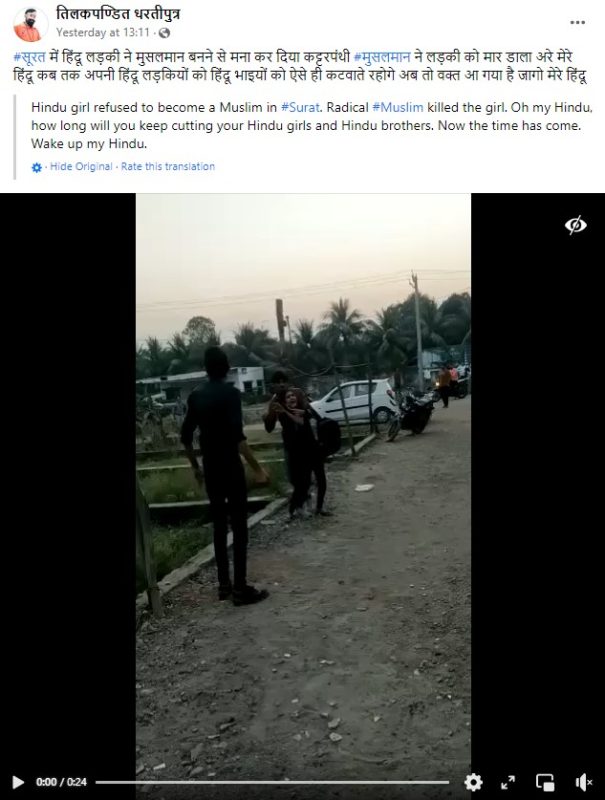 NewsMobile fact-checked the viral video and found the video was being shared with a false communal claim.

With the help of a Reverse Image Search, we found the visuals in a video report by the Times of India on February 14, 2022. As per the report, 22-year-old Fenil Goyan slit his  school friend Grishma Vekariya’s throat and then consumed a poisonous powder and slashed his own wrist. The accused was taken to a hospital in critical condition. The incident was captured on camera by Grishma’s family members. The incident, which took place on February 12, 2022, was reported from Pasodara, on the outskirts of Surat. 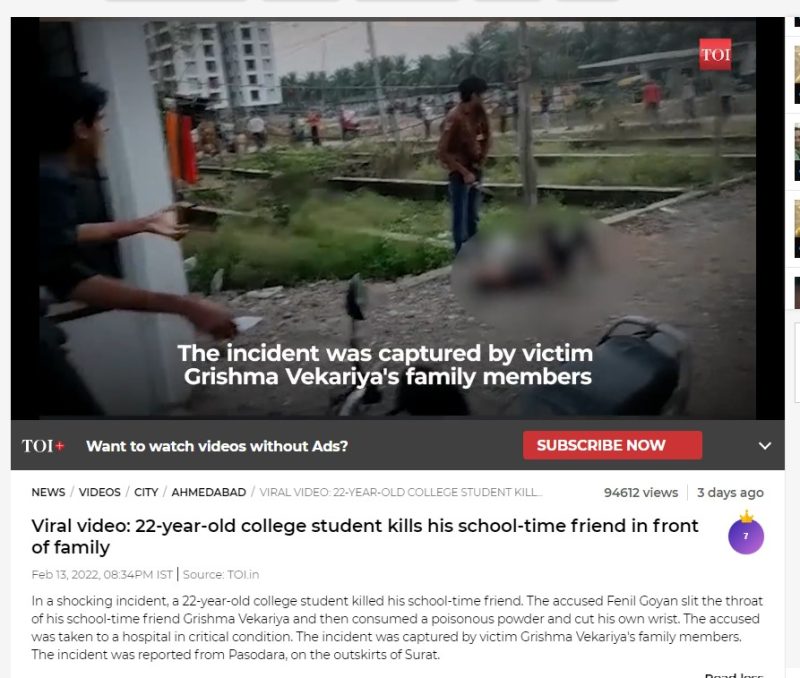 NewsMobile reached out to Police Inspector M.M.Gilatar at Kamrej Police Station who confirmed that there is no communal angle to the incident and that both the victim and the accused belong to the Hindu community. He also informed us that the accused has been arrested in the case.

Deputy Superintendent of Police BK Vanar was quoted by NDTV as saying, “when Goyani proceeded to meet the woman, her uncle tried to stop him and was stabbed in the abdomen. When the woman and her brother rushed out, Goyani killed her by slitting her throat. He then injured her brother and attempted suicide by cutting the vein of his arm.”

Therefore, a disturbing video of a murder in Gujarat’s Surat is being falsely shared with a communal angle.