Campaigning Ends In Punjab, 59 Seats In UP For Sunday Polls | Newsmobile
Wednesday, August 17, 2022

Home Battle For States Campaigning Ends In Punjab, 59 Seats In UP For Sunday Polls 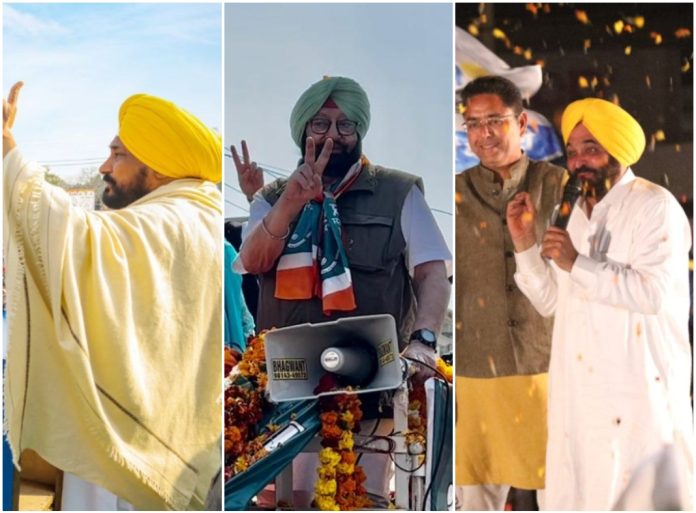 Campaigning ended on Friday evening for the single day voting on 117 assembly seats in Punjab and also for the third phase of the UP Assembly polls which is scheduled to be held on Sunday.

Among the key candidates in U.P. are SP chief and former chief minister Akhilesh Yadav from the Karhal Assembly seat who is facing Union Minister and BJP MP from Agra S P Singh Baghel.

Samajwadi Party supremo Mulayam Singh’s brother Shivpal Singh Yadav is also contesting from his traditional Jaswantnagar seat which he has been winning since 1996.

ALSO READ: A Stable Government In Punjab Is Key To Meeting Numerous Challenges

Among the key candidates in the fray in the third phase are Satish Mahana of BJP from Maharajpur in Kanpur, Ramvir Upadhaya also of BJP from Sadabad in Hathras, Louis Khurshid of Congress from Farrukhabad Sadar.