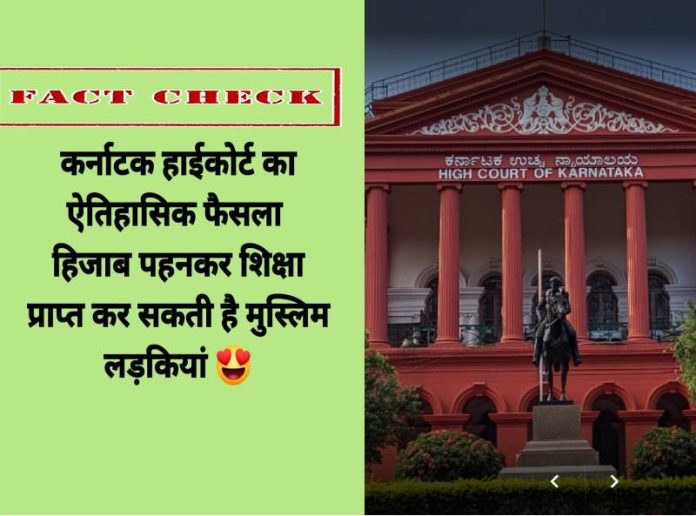 A post is being widely shared on social media with a claim that Karnataka High Court, while pronouncing verdict on the ongoing Hijab row, allowed Muslim girls to attend educational institutions wearing Hijab. 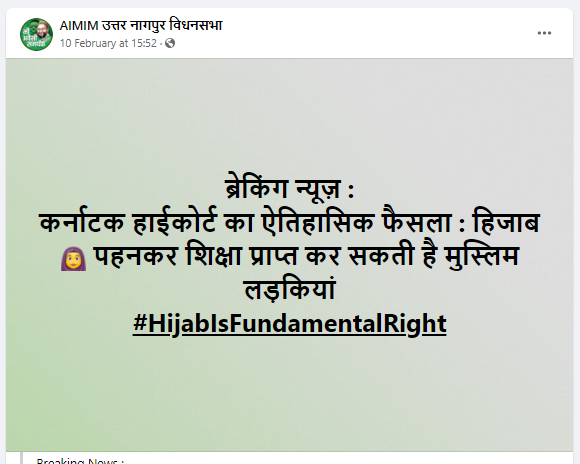 On searching with the keywords, ‘Karnataka high court on hijab’ we found media reports which suggest that Karnataka High Court expressed its intent to issue an interim order directing students to return to classes — and that “till the matter is pending before the court these students and all stakeholders will not insist on wearing religious garments”.

An Indian Express report published on February 11, 2022, said, “In an interim order on Thursday, the Bench led by Chief Justice Ritu Raj Awasthi said that no religious garments must be permitted on campuses until the court reaches a verdict. ” 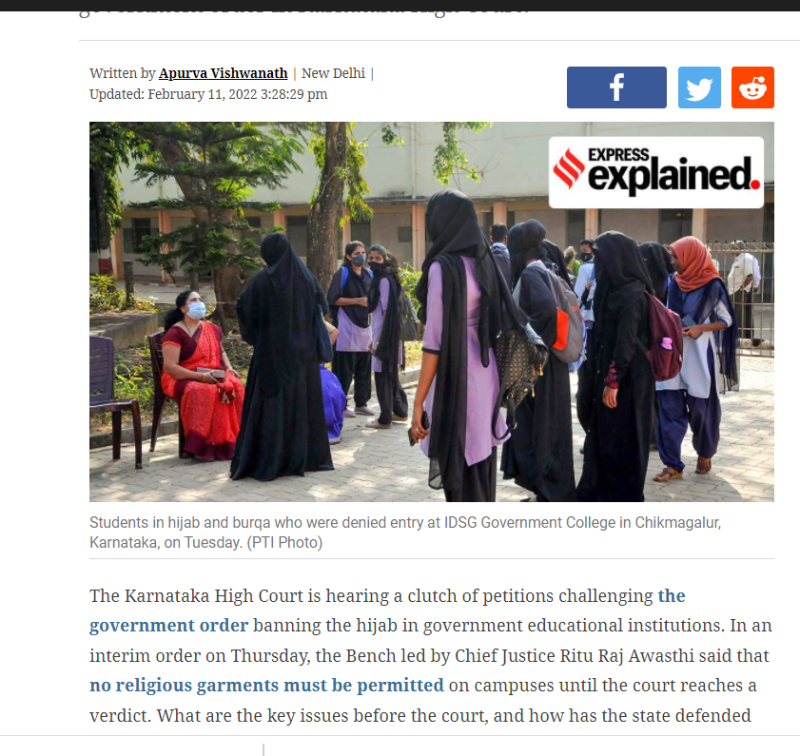 Another report by The Times of India suggests that ‘A full bench of Karnataka high court has restrained all the students regardless of their religion or faith from wearing saffron shawls, scarf, hijab, religious flags or like within the classroom, until further orders.’

Arindam Bagchi, Spokesperson of the Ministry of External Affairs also tweeted, “A matter regarding dress code in some educational institutions in the State of Karnataka is under judicial examination by the Hon’ble High Court of Karnataka. Our constitutional framework and mechanisms, as well as our democratic ethos and polity, are the context in which issues are considered and resolved. Those who know India well would have a proper appreciation of these realities. Motivated comments on our internal issues are not welcome.”

Thus the viral claim suggesting that Karnataka High Court has passed a verdict allowing Hijab in educational institutions is fake.