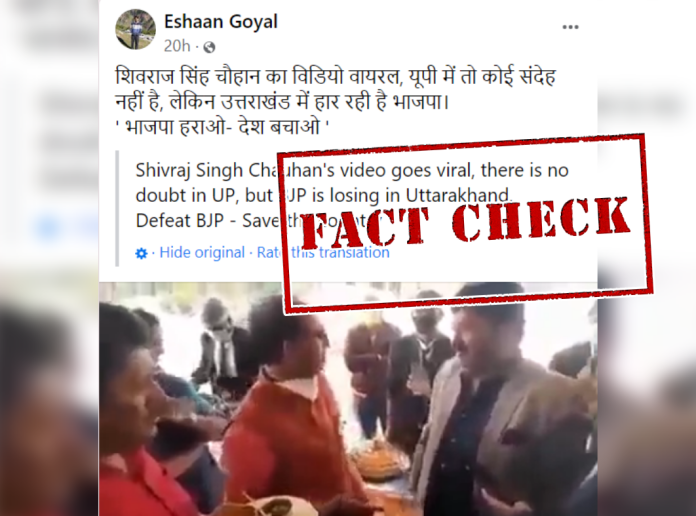 A video is being widely shared on social media claiming that Madhya Pradesh Chief Minister Shivraj Singh Chouhan has predicted BJP’s defeat in the upcoming assembly elections in Uttarakhand.

The video is being shared on Facebook with a caption in Hindi that can be roughly translated in English to, “Shivraj Singh Chouhan’s video goes viral, there is no doubt in UP, but BJP is losing in Uttarakhand. Defeat BJP – Save the country” 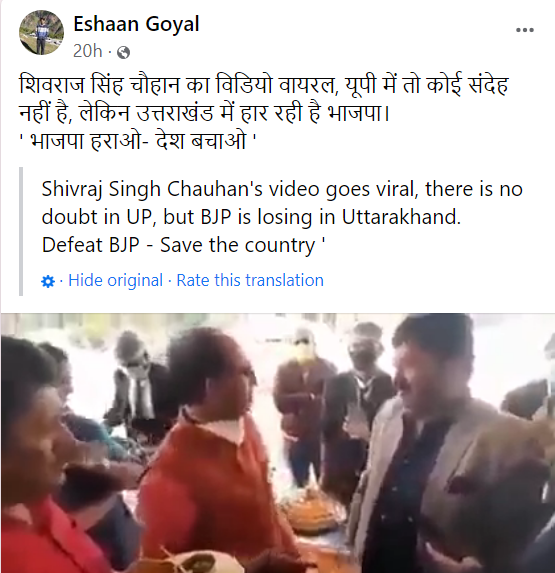 We listened to the video carefully and at no point did Shivraj Singh Chouhan say that BJP is losing in Uttarakhand.

Searching further, we found the same video uploaded by an NDTV journalist on February 11, 2022, with a caption in Hindi that can be translated in English to, “In an informal conversation with journalists in Jait 2-3 ago, the Chief Minister of MP @ChouhanShivraj said that BJP will “get out” in UP, in Uttarakhand too, which meant “win”. The twist is understandable, but journalists.” 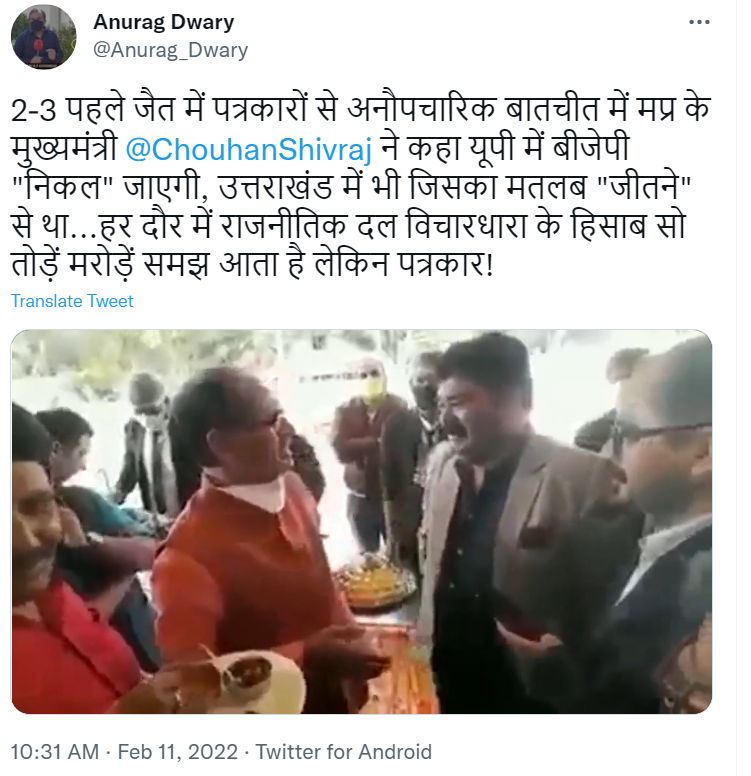 We also found a video uploaded on the YouTube channel of Shivraj Singh Chouhan in which a reporter asks him about the same viral video. Replying to the journalist he said, “There is no tough-waff. We are making a wonderful government. It is not known when or where it would have been brought. Congress is not left with this, so this is how I am saying today on record… Today on record, the Bharatiya Janata Party government will be formed by taking more seats than last time and I will attend the swearing-in ceremony of Pushkar Dhami Ji. I will come then I will invite you all for tea.”

Thus, it is evident from the above information that the video of Shivraj Singh Chouhan is being shared with misleading claims.