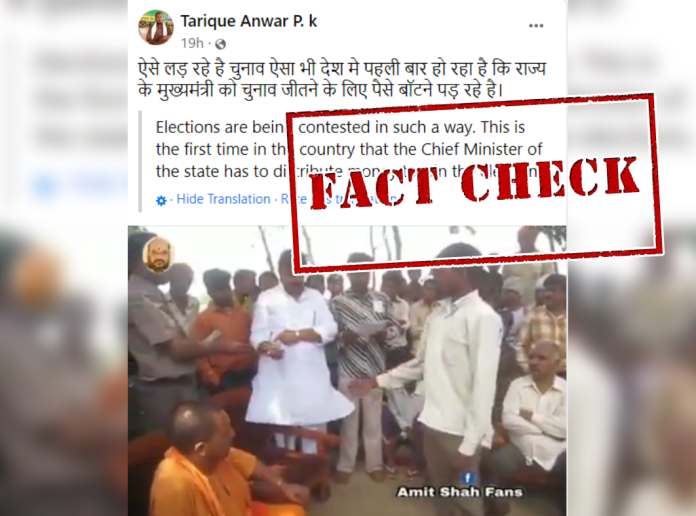 Amid ongoing assembly elections in Uttar Pradesh, a video of Chief Minister Yogi Adityanath is being widely shared on social media in which he can be seen handing out money to people. Sharing this video, social media users are claiming that he is bribing voters.

The video is being shared on Facebook with a caption in Hindi that can be roughly translated in English to, “Elections are being contested in such way. This is the first time in the country that the Chief Minister of the state has to distribute money to win the elections.” 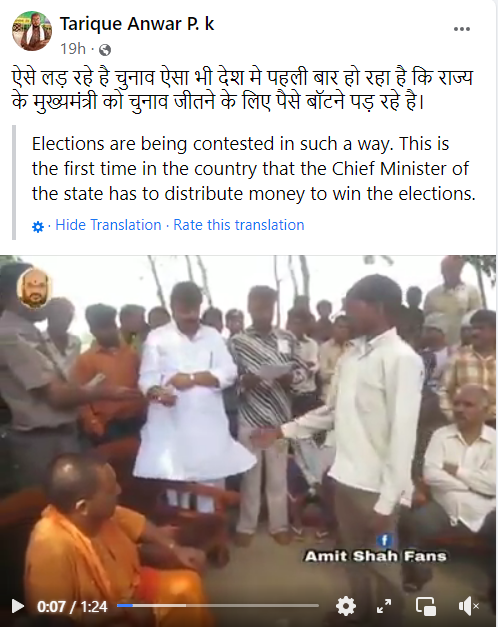 Using the InVid Tool, we extracted keyframes from the viral video and performed a Reverse Image Search. This search directed us to several YouTube channels that carried the same viral video in 2019. This clearly means that the viral video is old and not related to ongoing Uttar Pradesh assembly elections. 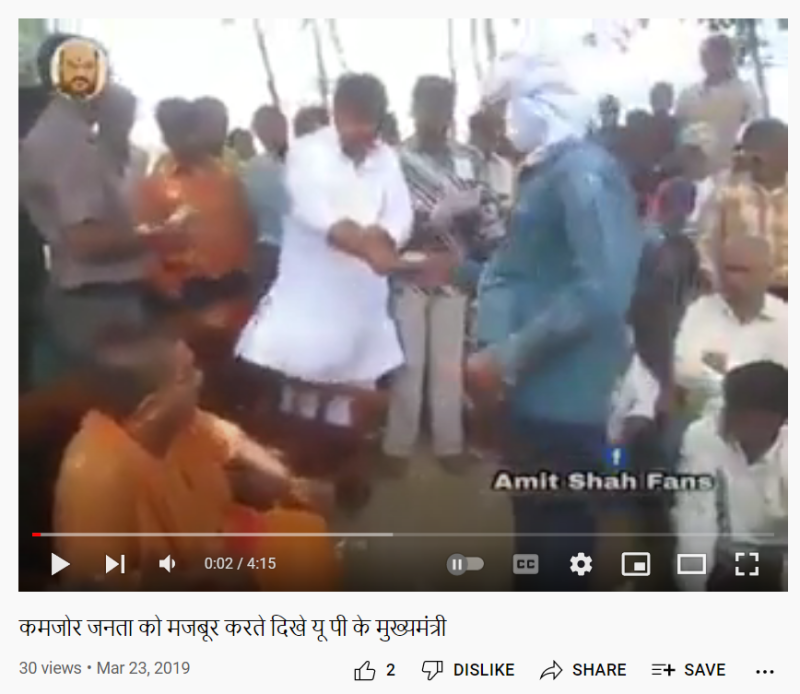 Searching further, we found several fact check articles published in 2019 which stated that the viral video dates back to 2012. According to these articles, the same video went viral ahead of the Lok Sabha elections in 2019. 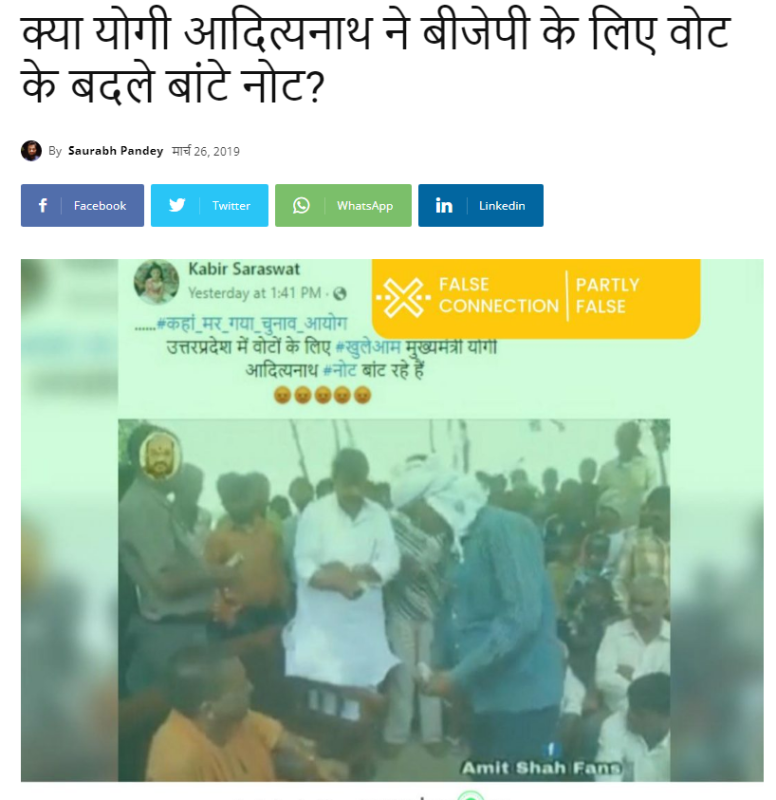 The Quint in 2019 also got in touch with Vinay Kumar Gautam who uploaded the viral video on his YouTube channel in 2012. “In April 2012, several farms in Gorakhpur were burnt. Then the MP from that seat, Yogi had come forward to give monetary support for farmers whose crops were burnt. He distributed about Rs 1,000 – Rs 2,000 per family, depending on the size of the plot,” Gautam told The Quint.

Thus, it is evident from the above information that the viral video is old and not related to ongoing assembly elections in Uttar Pradesh.