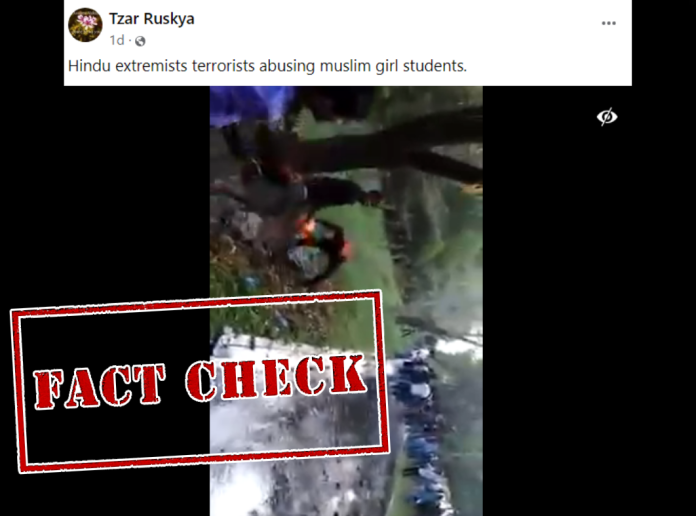 After female students of Government PU College for Girls in Udupi, Karnataka, were prevented from attending classes wearing hijab, a huge row erupted grabbing headlines. Following this, a group of students at the Government Pre University College in Kundapur went to college sporting saffron shawls as a mark of protest against some girls attending classes wearing hijab.

In this backdrop, a video is being widely shared on social media with a claiming that “Hindu extremists terrorists abusing Muslim girl students.”

The video is being shared on Facebook with a caption in Telugu that can be roughly translated in English to: “Our Hindu psychos are completely immersed in the madness of devotion Every girl who is fried in mud Do not forget that Savitri Bai is made like Phule.” 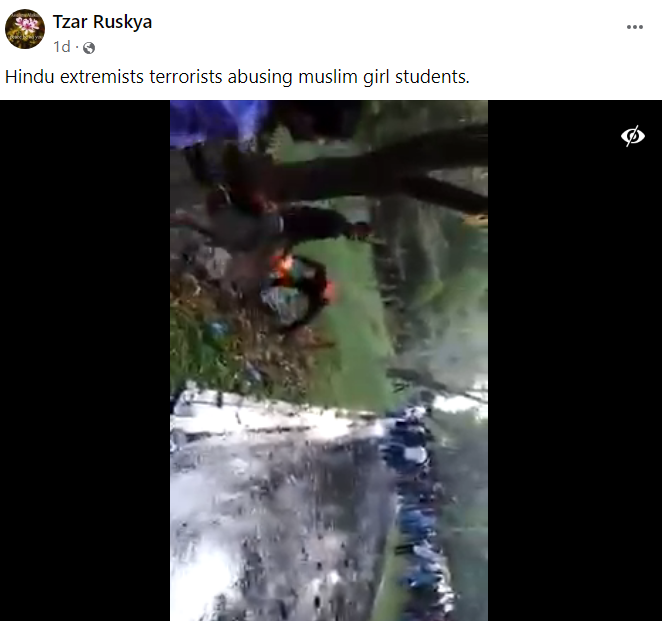 Using the InVid Tool, we extracted keyframes from the viral video and performed a Reverse Image Search. This search directed us to a YouTube video uploaded on February 24, 2019, which carried the same viral video. The video description can be translated in English to, “Parody at Eastern University – Vulnerability of Female Students.” 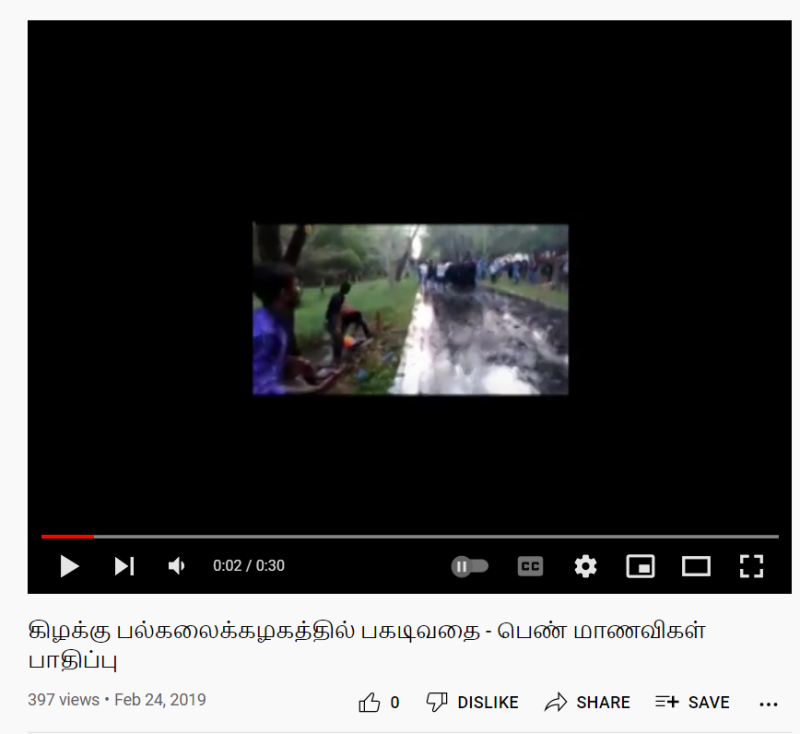 Searching further, we found a news article published on a Sri Lankan news website that featured the same viral video. According to the article, the incident was from Eastern University in Sri Lanka. 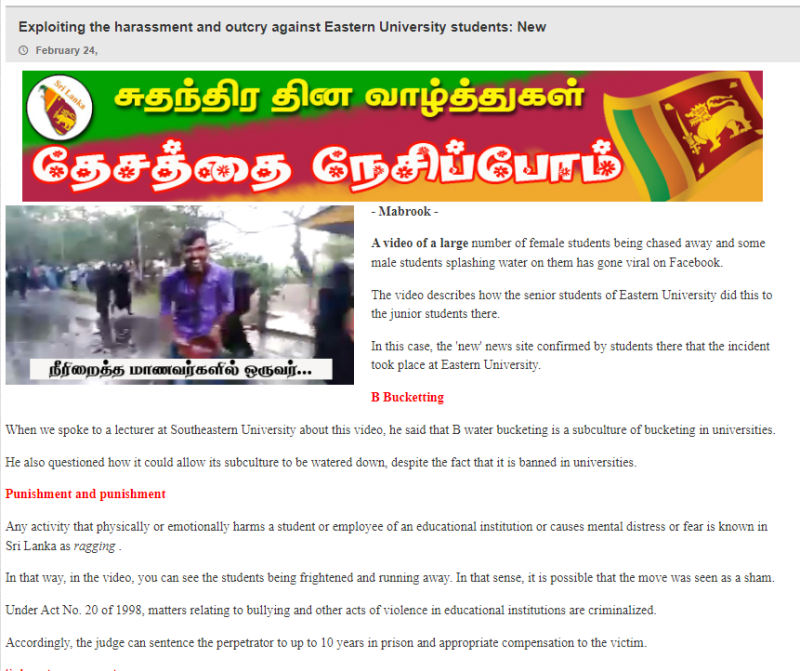 Recently, a video of a Muslim girl student wearing a burqa being confronted by students wearing saffron stoles in Karnataka went viral on social media. However, this video is not related to that incident. Therefore, the viral claim is false.