Fact Check: Did Smriti Irani Say That Akhilesh Yadav Will Be Voted To Power? Here’s The truth | Newsmobile
Wednesday, August 17, 2022 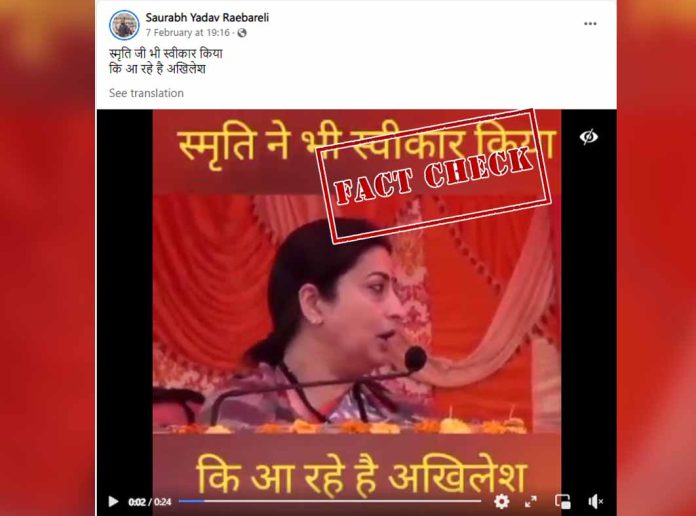 In the backdrop of assembly elections in Uttar Pradesh, a video has started doing rounds on social media claiming that union minister Smriti Irani has said that Samajwadi Party chief Akhilesh Yadav will be voted to power. 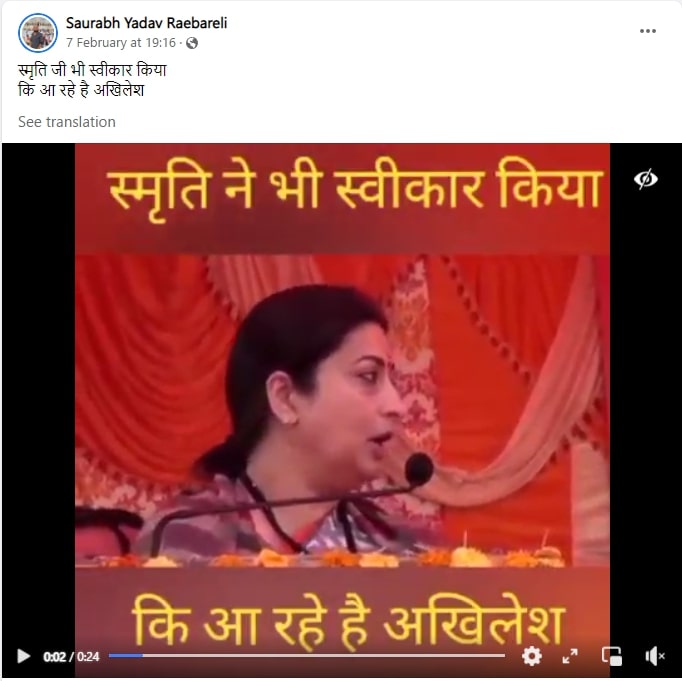 We ran a keyword search and found a report by ABP News dated February 7, 2022, where it was mentioned that on February 6, 2022, union minister Smriti Irani tore into the Samajwadi Party and Rashtriya Lok Dal alliance at a rally in Chhaprauli, Baghpat. 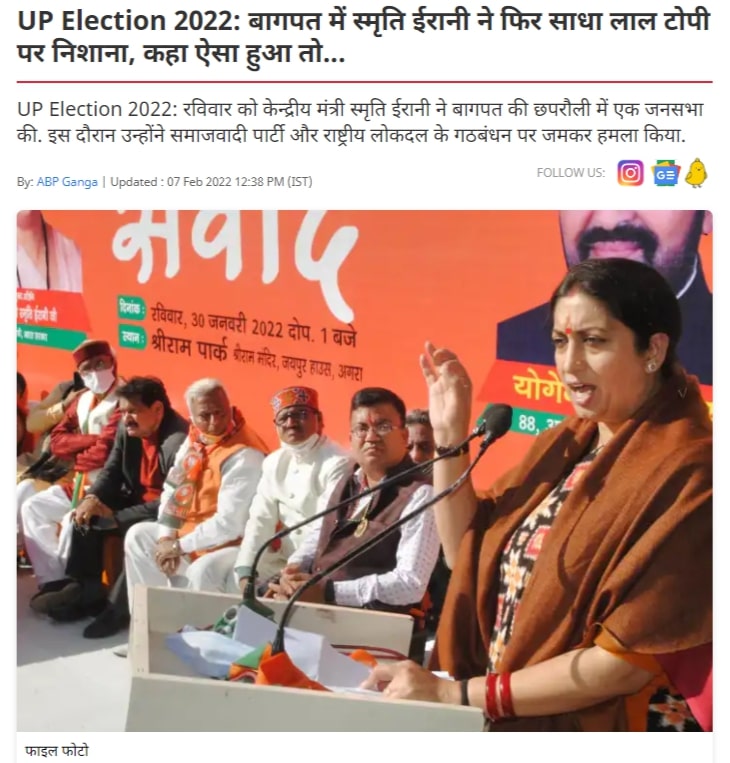 (English Translation: Smriti Irani on SP-RLD alliance, said- if RLD gets the vote, then the red hat people will have the government) 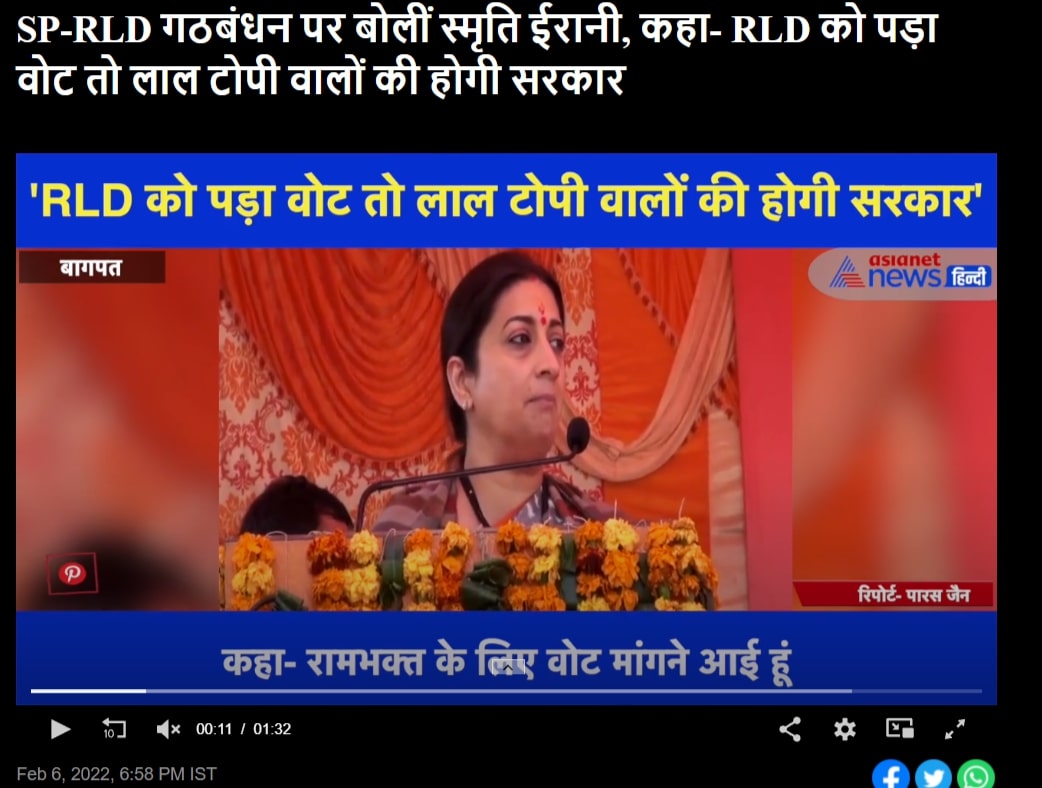 In the video, she said, “When leaders of SP were asked why they opened fire on innocent Ram devotees, they said that if they had to kill, they would have killed more. That’s why I have not come just to ask for votes for Sahendra ji, I am here to seek votes for every Ram devotee who lost their lives to the SP government.”

She further said, “You might think that the candidate is roaming with a hand pump, but I am talking about the cycle. If the RLD gets the votes and the support then a government will be formed by the red-hatted people. The women have said that they will not let it happen, I am here today to get the answer from the men.”

From the above statement, it is clear that the viral clip has been taken out of context and is being shared with a misleading claim.