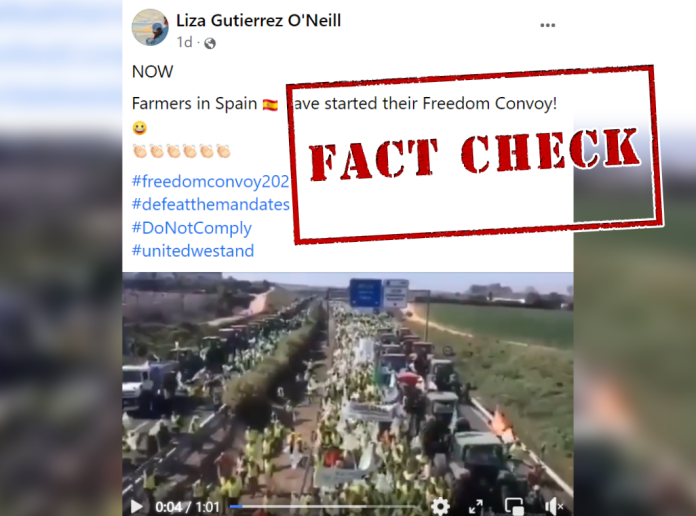 The video is being shared on Facebook with a caption that reads, “NOW. Farmers in Spain have started their Freedom Convoy!” 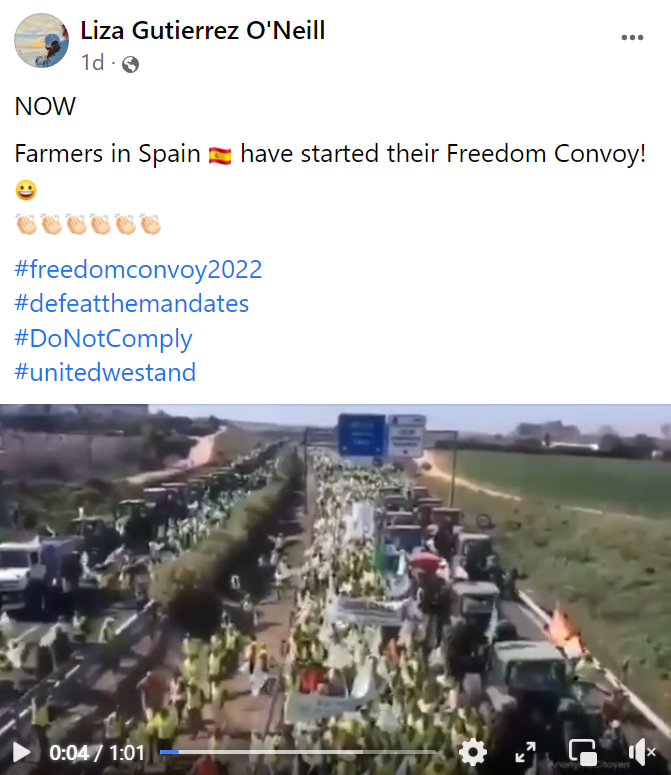 Using the InVid tool, we extracted keyframes from the viral video and performed a Reverse Image Search. This search directed us to a Spanish news website that carried similar images in an article published on February 25, 2020. According to the article, the images show the 2020 trucker protests in Seville, Spain and “more than 5,000 tractors and 16,000 farmers and ranchers” participated in the protests. 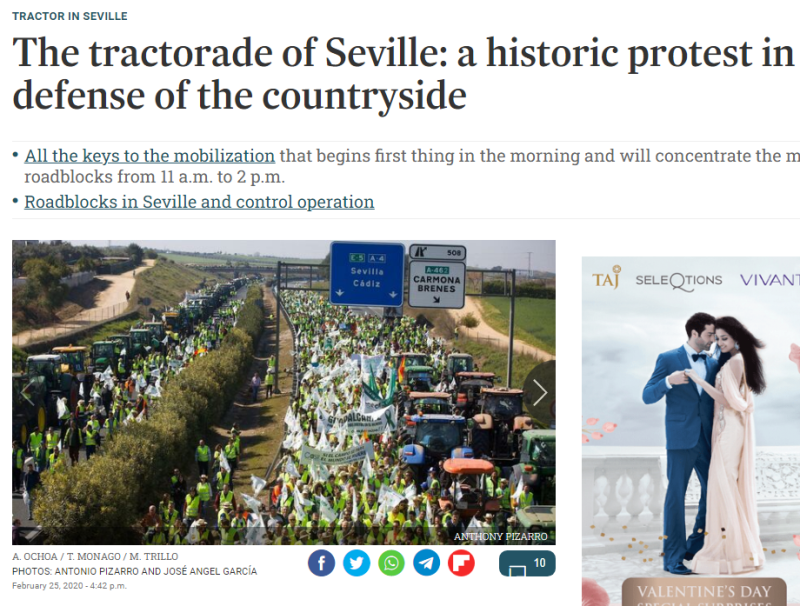 Searching further, we found many articles that reported the same incident in 2020 stating that several farmers protested against low prices of agricultural products in Spain.

More searches led us to a tweet by a Spanish local newspaper Diario de Sevilla that carried a similar video. The tweet dated February 25, 2020, reads, “The atmosphere in the cuts of the tractor drivers on the A-4.”

We also performed a keyword search but could not find any credible media report stating that Spanish farmers have started their own Freedom Convoy.

Thus, it is evident from the above information that an old video is being shared with a false claim of Spanish farmers supporting Canada’s Freedom Convoy.