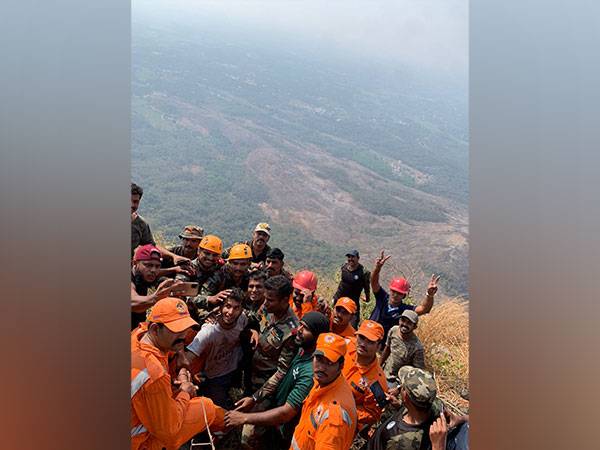 The Indian army team on Wednesday rescued a youth who was stuck in a steep gorge in Kerala’s Malampuzha mountains since Monday.

Earlier in the day, Army teams have undertaken a rescue operation to extricate him. For the rescue operation, two Army teams have been moved on requisition from the state government. “One team of 12 personnel from Madras Regiment Centre, Wellington, consisting of mountain qualified personnel with specialist equipment reached by road at the location at early hours on Wednesday,” Army sources said.

🔲 #WATCH | Dramatic rescue of Kerala trekker, trapped between a rock and a steep cliff. pic.twitter.com/ZJfdwn59Xq

The boy named Babu from Malampuzha was trapped in the pocket of a steep hill since Monday.

Meanwhile, Kerala chief minister Pinarayi Vijayan also spoke about the incident and said the efforts are in full swing to rescue the youth.

Taking to Twitter, Vijayan wrote, “Efforts are in full swing to rescue the youth trapped in Malampuzha Cherat hill. There are currently two units of the Indian Army at the scene. Army members were able to talk to him. The rescue operation will be intensified today. Air Force helicopter is ready to be deployed.”