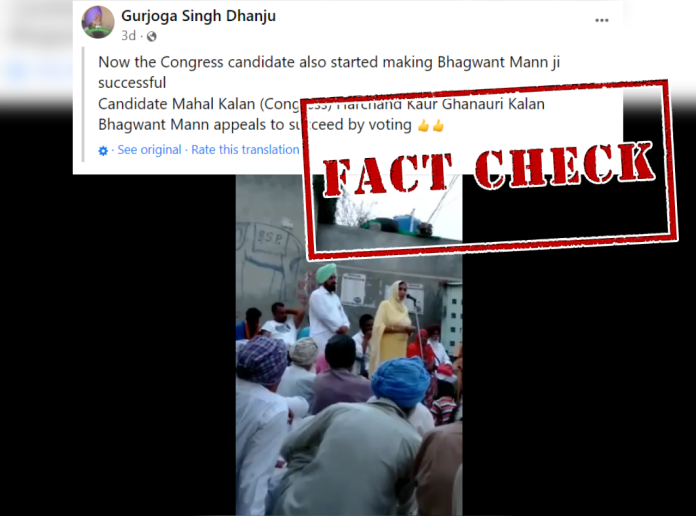 A video is being widely shared on social media with a claim that Congress leader Harchand Kaur Ghanauri asked people to vote for AAP’s chief ministerial candidate Bhagwant Mann in the upcoming Punjab assembly elections.

The video is being shared on Facebook with a caption in Punjabi that can be roughly translated in English to: “Now even the Congress candidates have started making Bhagwant Mann successful Candidate Mahil Kalan (Congress) Harchand Kaur Ghanori Kalan Urging Bhagwant Mann To Succeed By Voting.” 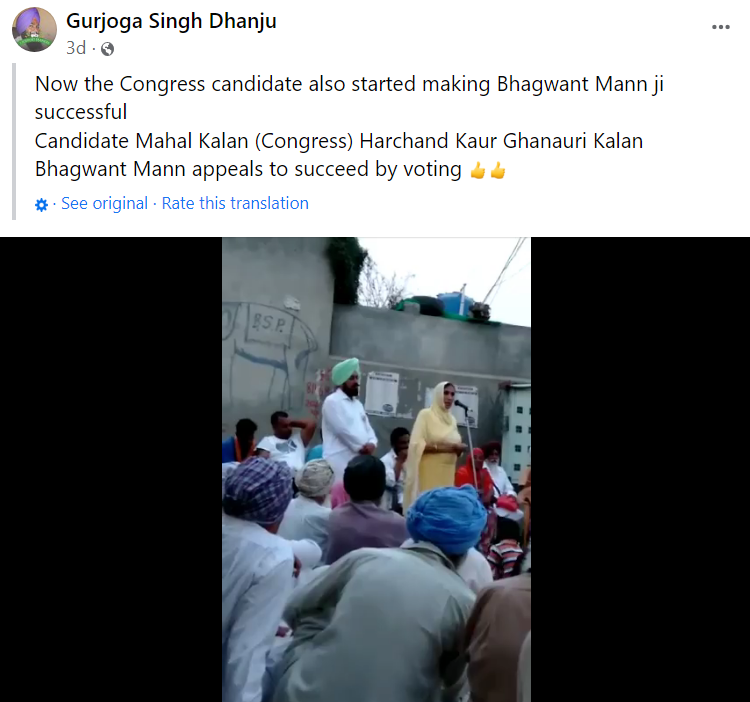 Starting with our investigation, we extracted keyframes from the viral video and performed a Reverse Image Search. This search directed us to a news report published on News 18 Punjab on May 17, 2019, that carried the same viral video.

The headline of the article can be translated in English to, “When Congress in-charge asked for votes for Bhagwant Mann, Congressmen were stunned, watch the video.” “During the election campaign in Ak village, Bibi started seeking votes for Congress candidate Bhagwant Mann instead of just Dhillon. Later, when she realized his mistake, she asked for votes only for Singh Dhillon. At this time someone made a video of them which is going very viral on social media,” further reads the article. This clearly means that the video is related to the 2019 Lok Sabha elections and not a recent incident. 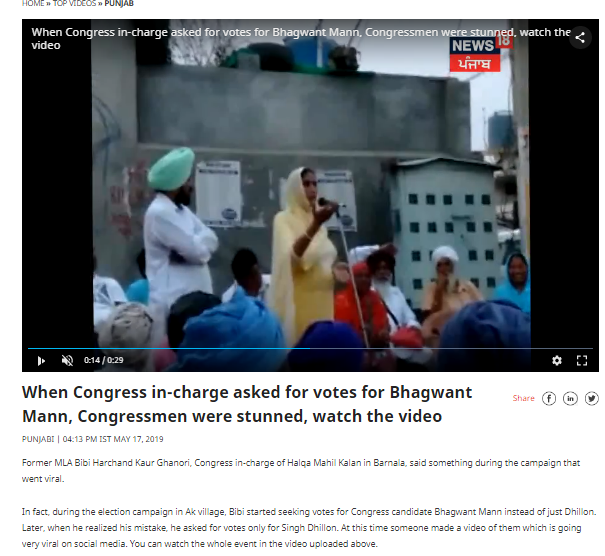 Searching further, we found that Amar Ujala had also reported the same incident back in 2019 stating, “Slippery tongue of Congress leader, sought votes for Bhagwant Mann.” 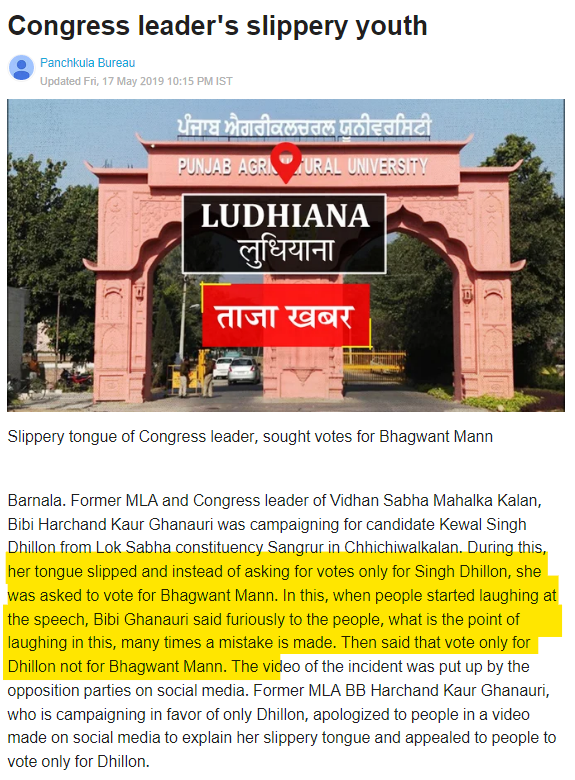 Bhagwant Mann also shared the same video on his official Facebook handle on May 17, 2019, with the caption, “Harchand Kaur Ghanauri, former Congress MLA.. asking for votes for me… make this video viral.”

Thus, it is evident from the above information that a three-year-old video is being falsely linked to upcoming Punjab elections. Therefore, the viral claim is misleading.