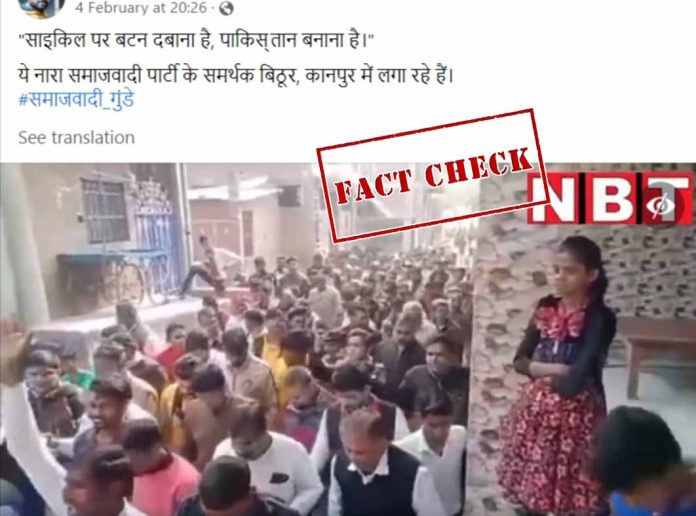 As Uttar Pradesh gears up for assembly elections, a video is being shared on social media with a claim that pro-Pakistani slogans were raised by Samajwadi Party (SP) workers while they were campaigning for party’s candidate Munindra Shukla. 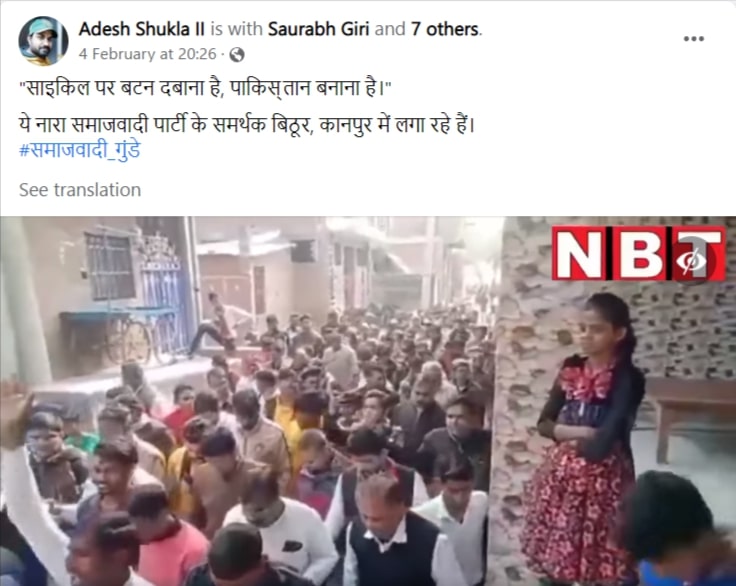 We ran a keyword search and found a report by TOI dated February 6, 2022, where it was mentioned that ‘investigation by the Flying Squad team (FST) into a video in Bithoor area of the district has disclosed that no slogans in favour of Pakistan were prima facie raised during the campaigning of a Samajwadi Party candidate contrary to the claims made on social media platforms.’ 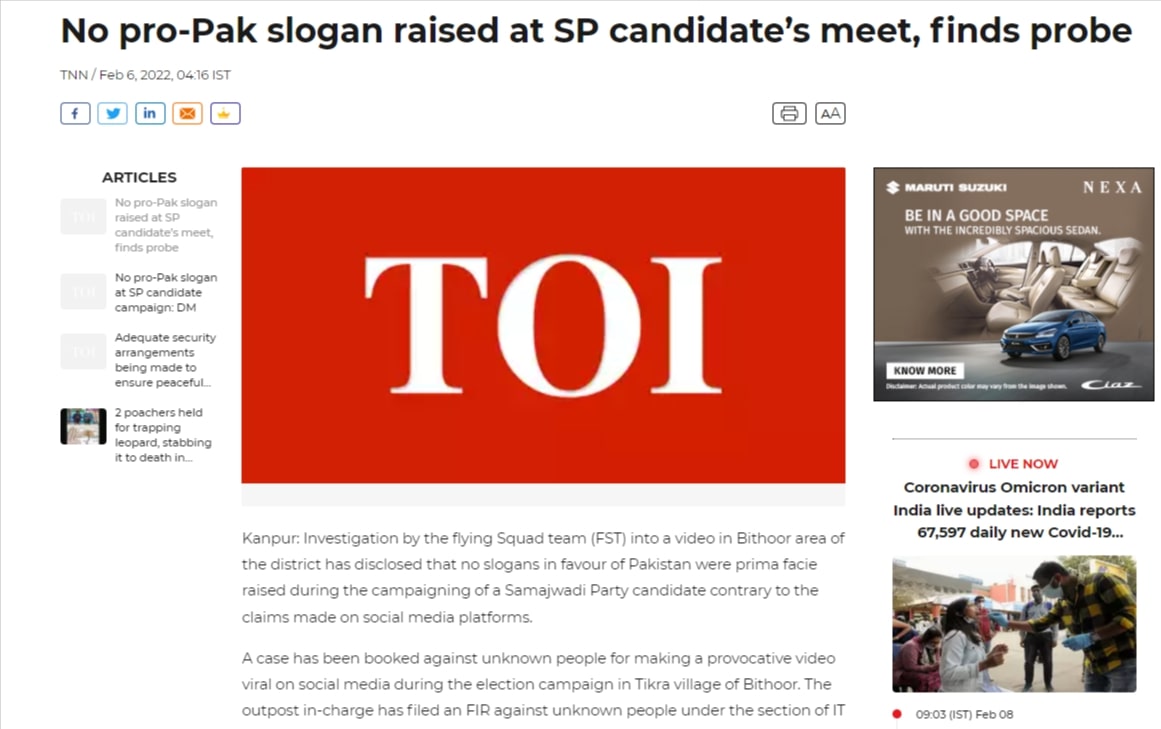 A report by India Today mentioned that Kanpur Police launched an investigation after the video went viral and found that no such slogans were raised.

News 24 also tweeted a video of Assistant Returning Officer (ARO) from Bithoor on February 4, 2022, where he clarified that pro-Pakistani slogans were not raised during the campaign.

“Kanpur administration found in its investigation – Slogans of ‘Pakistan Zindabad’ were not raised during the rally of Bithoor assembly’s SP candidate Munindra Shukla. #UPElections2022 #Kanpur,” the tweet read. 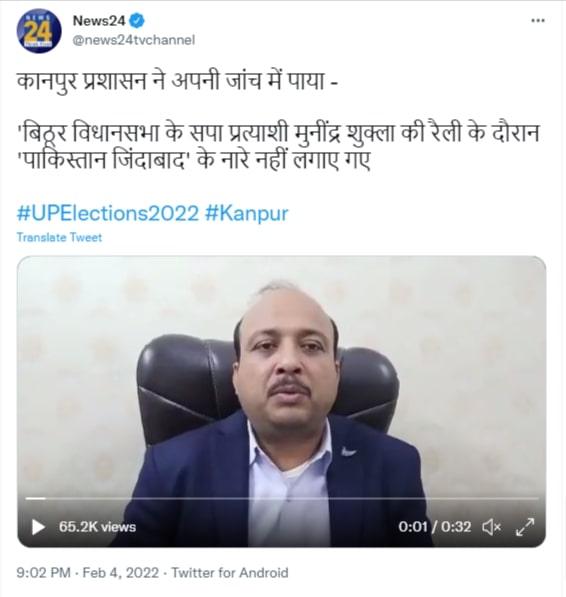 Hence, from the above fact check, it is clear that the viral video is being shared with false claims.