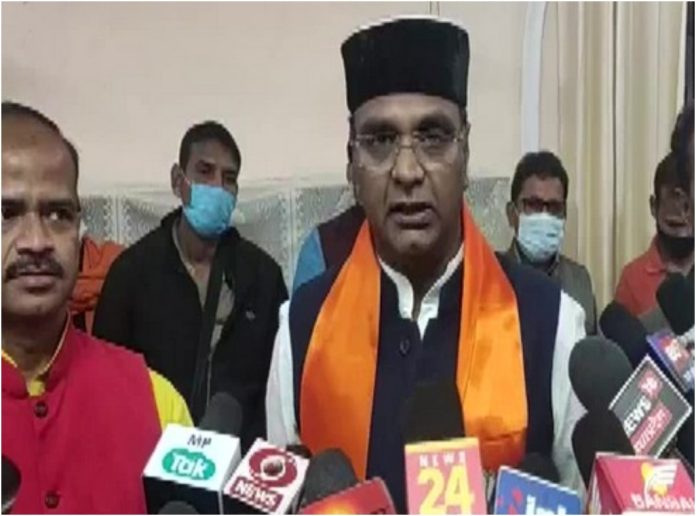 Madhya Pradesh medical education minister Vishvas Sarang on Friday demanded that the state capital Bhopal be renamed as Bhojpal in honour of Raja Bhoj, right after welcoming the decision to rename Hoshangabad district as Narmadapuram.

Shivraj Singh Chouhan, the Chief Minister of Madhya Pradesh, earlier on Friday, announced that the Hoshangabad district will be renamed Narmadapuram, in the spree of renaming cities.

Politicians started the name-changing trend when Gurgaon was renamed Gurugram, Allahabad as Prayagraj, Faizabad as Ayodhya, Ahmedabad as Karnavati, even dragon fruit was renamed Kamalam, and now Bhopal is demanded to renamed as Bhojpal.

According to Minister Vishvas Sarang, the purpose of changing the names of some cities and villages is to detach them from the colonial past, the cities which remind of slavery should not be the part of the state. The Narmada river is the lifeline of the state, and changing the name of Hoshangabad, which is located on its banks, to Narmadapuram is a positive move.

Vishvas Sarang told mediapersons, “I welcome the decision to rename the Hoshangabad district has Narmadapuram, and I demand that state capital Bhopal be renamed as Bhojpal,”

He added, “The names of those cities and villages, which remind us of slavery, are no longer in Madhya Pradesh. With this resolution the name of Hoshangabad was changed. Hoshangabad, situated on the banks of Narmada, will now be called Narmadapuram,” he added.

He further stated that he initiated a campaign to change the name of Bhopal to Bhojpal and that he has petitioned the government to do so.

Concluding, he said, “If the Congress leaders call it a saffron agenda, we have no problem. It is a matter of great happiness that Babai will also be called Makhan Nagar now.”