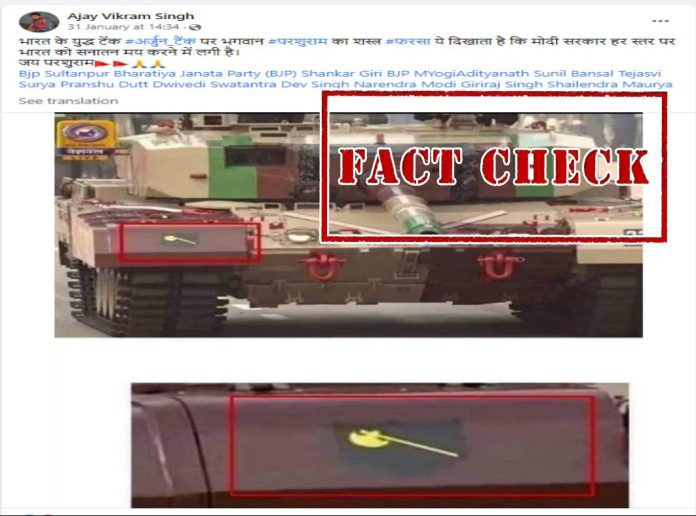 Photograph of a army tank with a golden axe insignia has gone viral on social media. The image is being shared with a claim that the symbol represents Lord Parshuram’s weapon, Farsa, and the insignia was used on army tanks for the first time after Prime Minister Narendra Modi came to power in 2014. 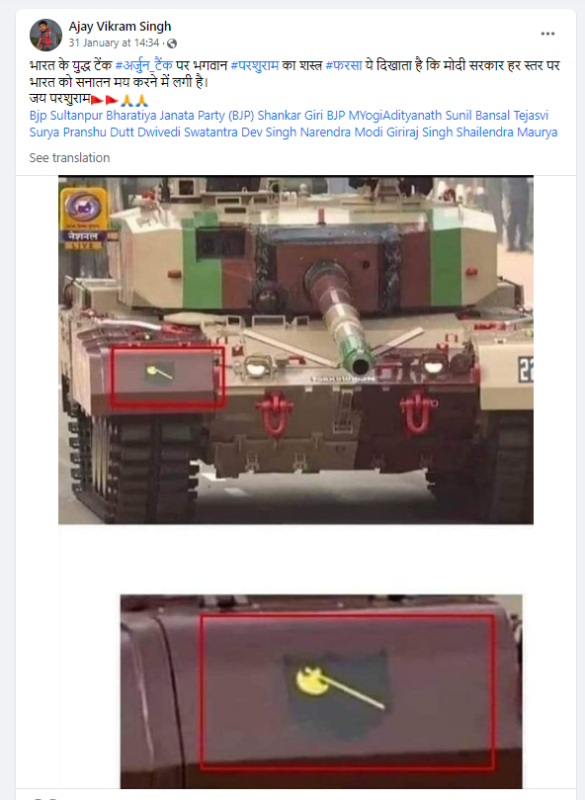 The site also mentioned that the Golden Axe symbol is the insignia of 12 Infantry division.

According to the site, Global Security.org, the 12 Infantry Division, also known as Battle Axe Division was formed in the pre-independence era. Its Indian units and formations were organized for operations against both irregular levies inland as well as actions overseas. The report also mentioned that the Battle Axe Army Postal unit celebrated its 29th Corps Day in 2001. Army Postal Service (APS) became an independent corps in the year 1972. It is an extension of postal/RMS services of the Postal Department.

We found an image of the tank published by The First Post on July 25, 2013, where the same insignia of the golden axe can be seen on the tank. The title of the article associated with the image read, “Arjun Mark II tank final trials scheduled for August.” 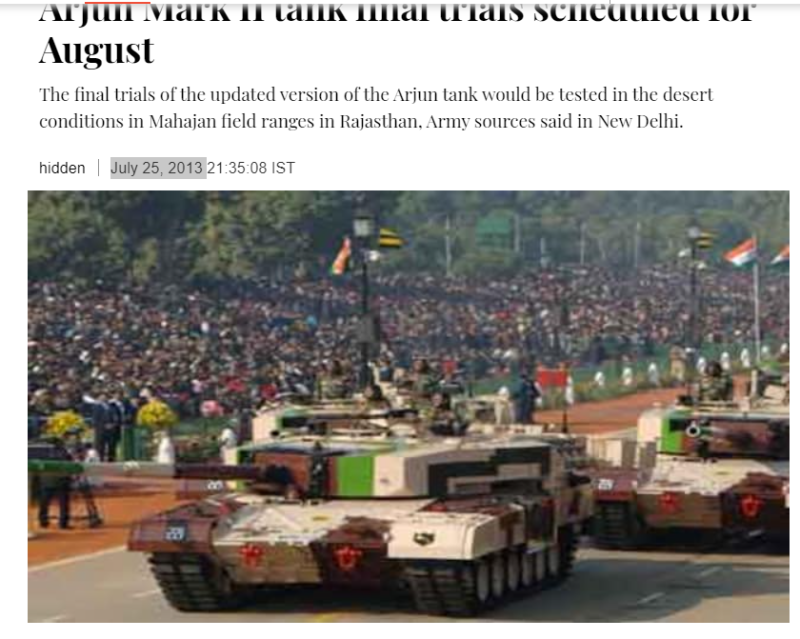 A clearer picture can picture of the above image can be seen here. 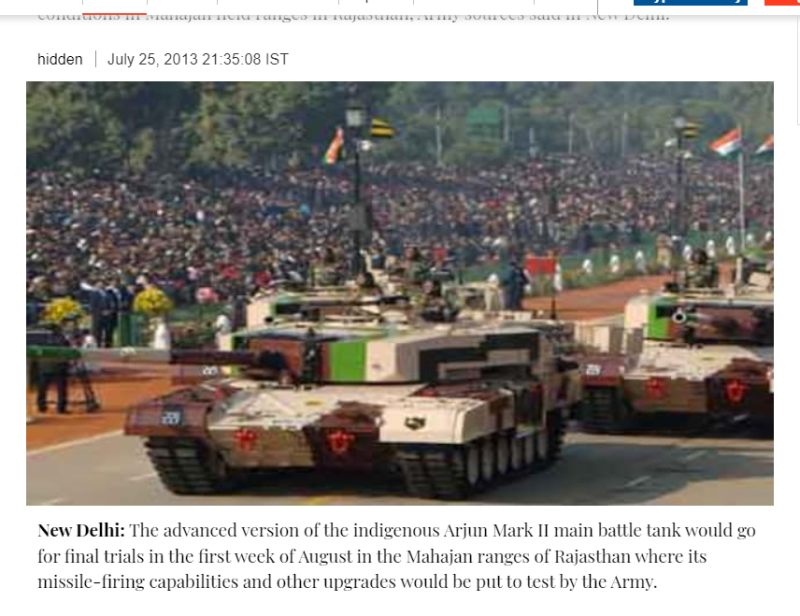 Hence, it is evident that the ‘golden axe’ has been the insignia of the 12 Infantry Division of the Indian Army much before 2014 when PM Modi was voted to power.