As the world struggles to combat the vicious disease called Cancer, which is spreading its venomous wings in the far corners of the world, it is also time to stop and salute the people who have come this far and survived the struggle. People who till the time it was discovered were busy in their normal routines, work-life, and social setups. But unfortunately, their entire life toppled when the detection happened.

There are over 200 different types of cancers in the world. The Indian Council of Medical Research estimates that the country, alone, is likely to register over 17 lakh new cases and report over 8 lakh deaths by 2020.

Indian celebrities who have survived cancer

Some stories can be inspirational for many. Many well-known Indian celebrities, who have often been praised for their outstanding work onscreen, now have different stories to inspire the masses. These are stories of strength, guts, and confidence that helped them fight cancer.

Bollywood actor Sanjay Dutt in the month of October shared the news of his recovery with his fans.

My heart is filled with gratitude as I share this news with all of you today. Thank you 🙏🏻 pic.twitter.com/81sGvWWpoe

Dutt took to Twitter to share a statement about his health update and expressed gratitude as he revealed that he has recovered from his illness.

“The last few weeks were very difficult time for my family and me. But like they say, God gives the hardest battles to his strongest soldiers. And today, on the occasion of my kids’ birthday, I am happy to come out victorious from this battle and be able to give them the best gift I can — the health and well-being of our family,” his statement read.

Right after India won the 2011 World Cup and Yuvraj was named the ‘Player of the Tournament’, he was diagnosed with Stage 1 Lung Cancer. It was during the tournament that he had bouts of blood vomiting, nausea and breathing issues. He underwent chemotherapy in the United States and returned to India in March 2012 to take part in the 2012 T20 World Cup, post his recovery. 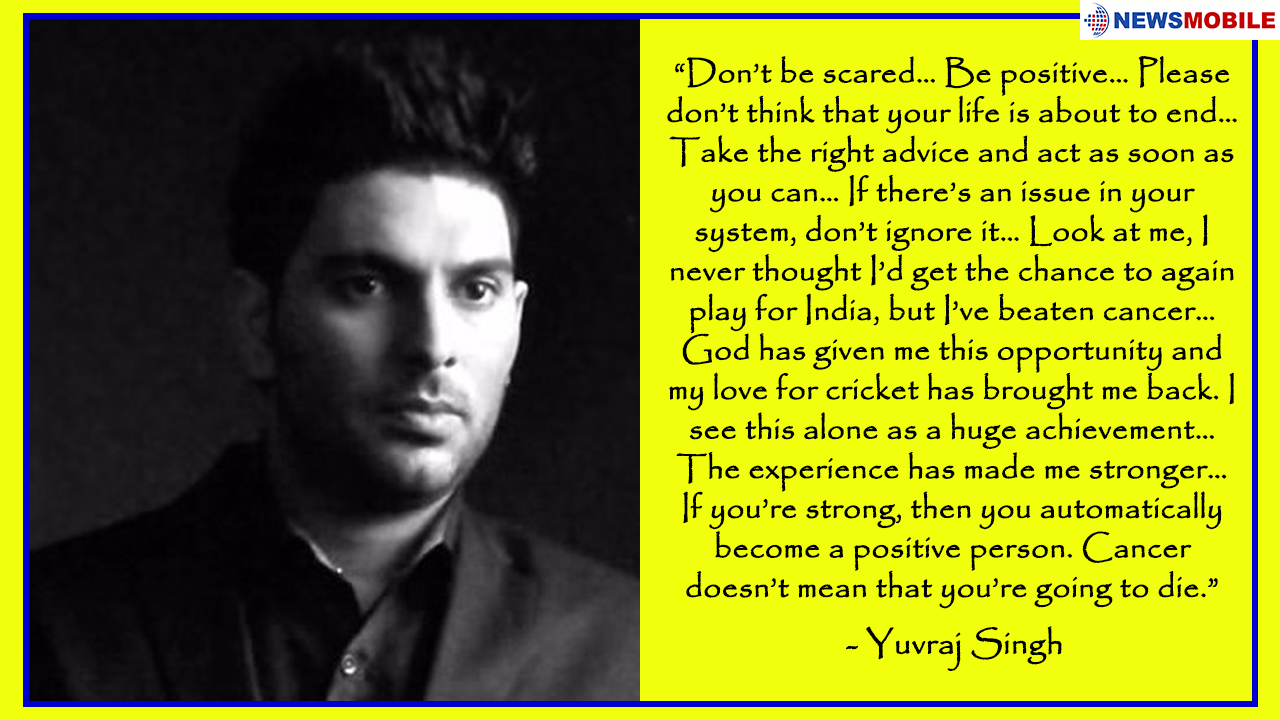 The leading lady of Bollywood, who surprised us with stellar performances in movies like Dil Se, Bombay, and Lajja, was diagnosed with ovarian cancer at the age of 42. She received treatment in a New York hospital and came out of the disease. Even during the chemotherapy, she kept her updating her fans about the progress.

Post her recovery, she often said that cancer helped her appreciate life and honour the body. During her treatment, she went through psychological breakdowns as well. Since she survived the disease, she started supporting various NGOs and organisations that help cancer patients. Her book, ‘Healed’, on cancer survival is now a bestseller. 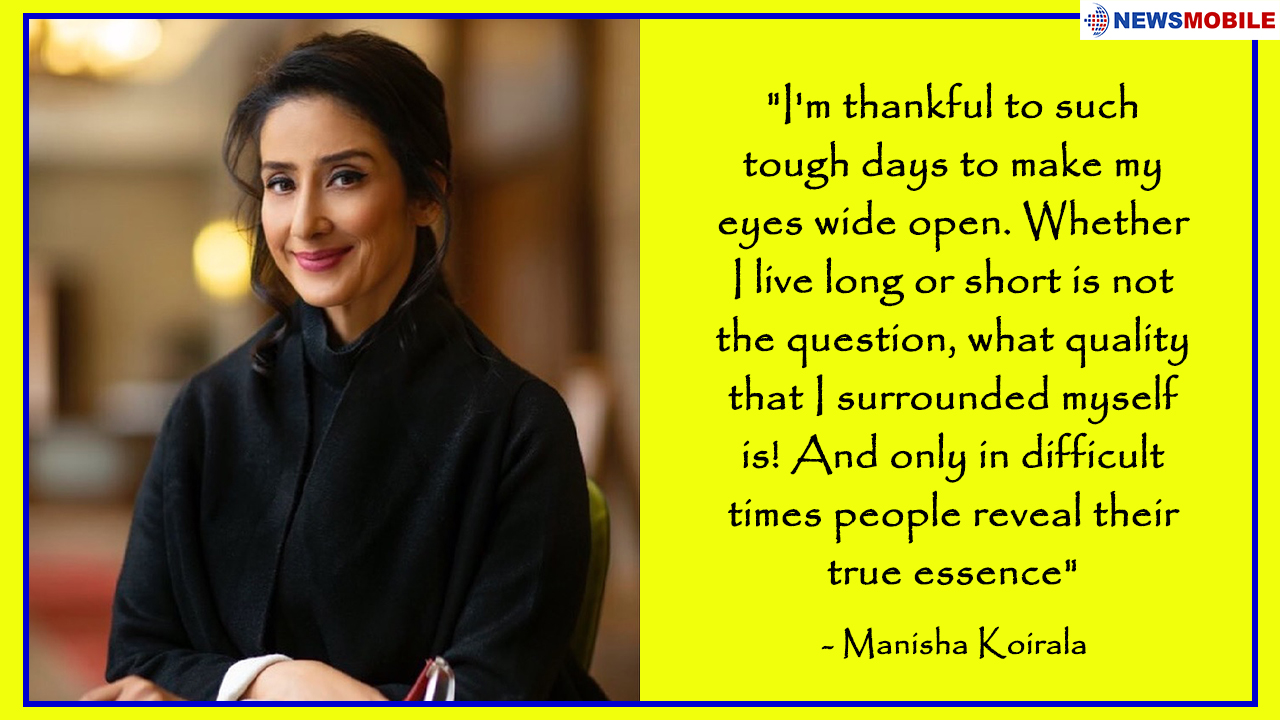 The director of Barfi was diagnosed with acute promyelocytic Leukaemia (a type of blood cancer) in 2004. Though the doctors gave him a timeline of two months and 50% chance of survival, Anurag did not give up. He fought the disease for three years and during this time came up with movies such as Gangster, Life In A Metro, and Barfi. 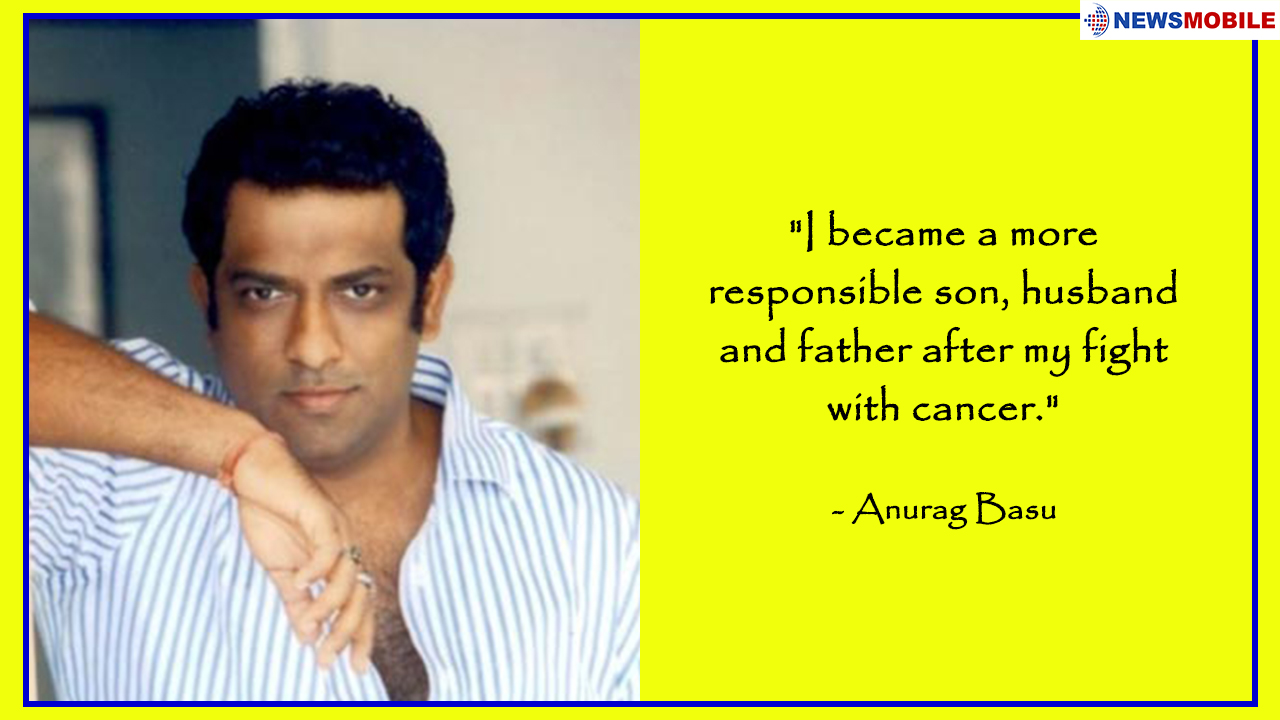 One of the first Indian celebrities to openly talk about her hardships with the disease, Lisa in many ways, paved the way for people to talk freely about cancer.

In 2009, the Indian-born actress was diagnosed with Multiple Myeloma (a cancer of
plasma cells in the bone marrow). For over a year, Lisa fought blood cancer and in 2010, made her fight with the disease, public.

She was last seen in Ram Gopal Verma’s Veerappan. 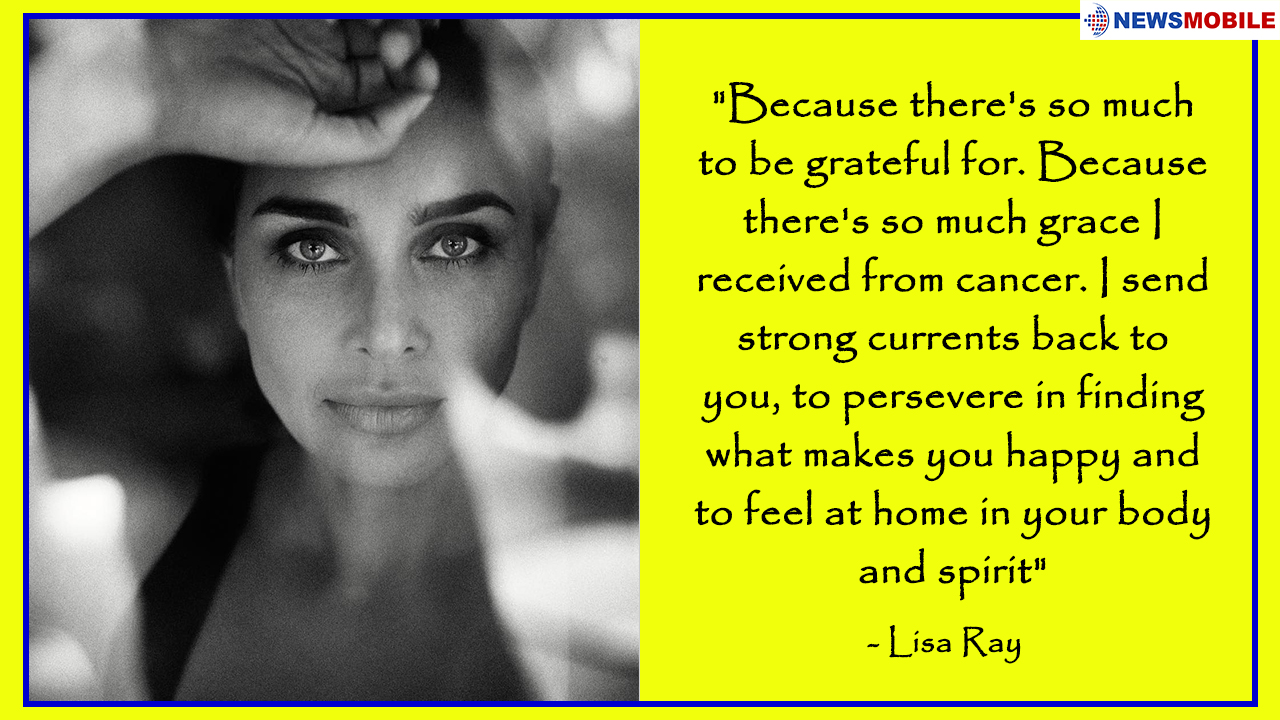 The legendary actress of yesteryears, who was the uncrowned queen of Bollywood, was diagnosed with breast cancer in 2002. Known for iconic movies such as Do Raaste, Chor Machaye Shor, Aag, Khilona, Aadmi aur Insaan, Upaasna, and so on, she was 54 when cancer hit her.

She fought the disease for 11 years and was also featured in the UniGlobe Entertainments documentary on cancer survival called ‘1 Minute’.

In all, she went through six chemotherapies and 35 radiations. A story that truly inspires! 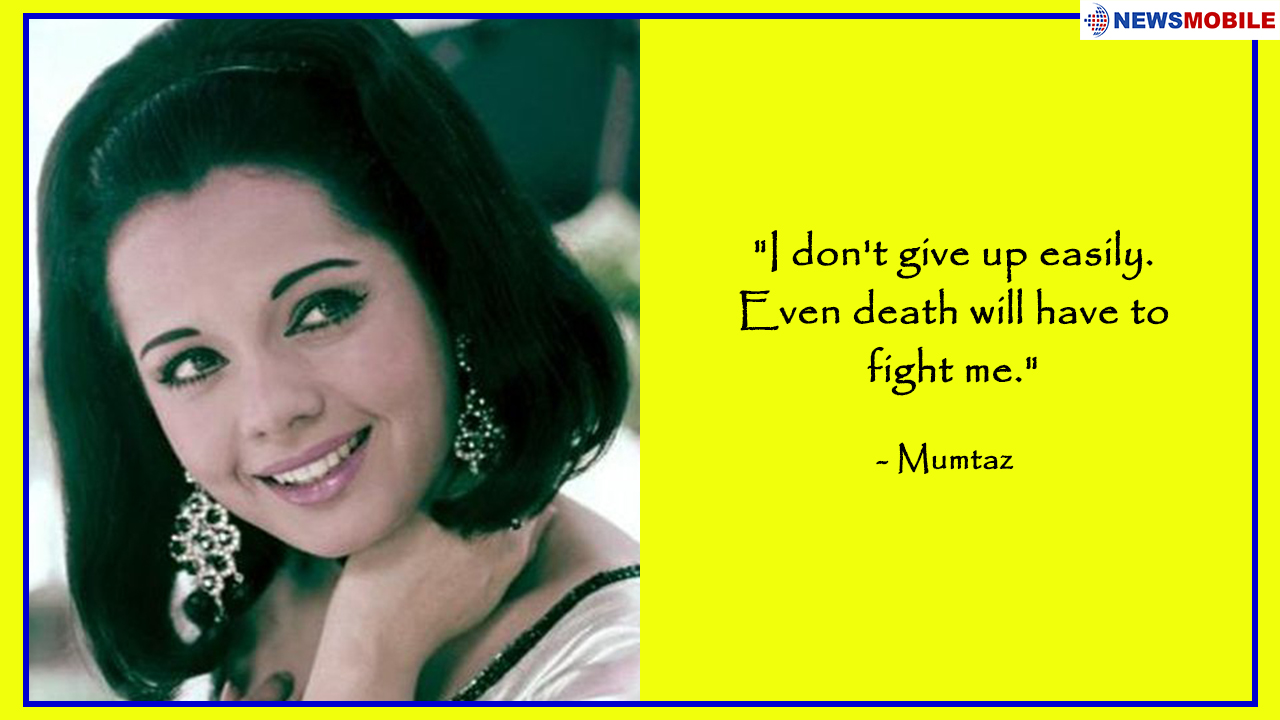 Indian actress, Sonali Bendre was diagnosed with high-grade Metastatic cancer a few months back. This cancer can proliferate the bloodstream and can be dangerous.

But Sonali, as her Twitter posts show, has taken the vow to fight this. She regularly writes about this. Her powerful positive attitude apparent from her photographs and posts. 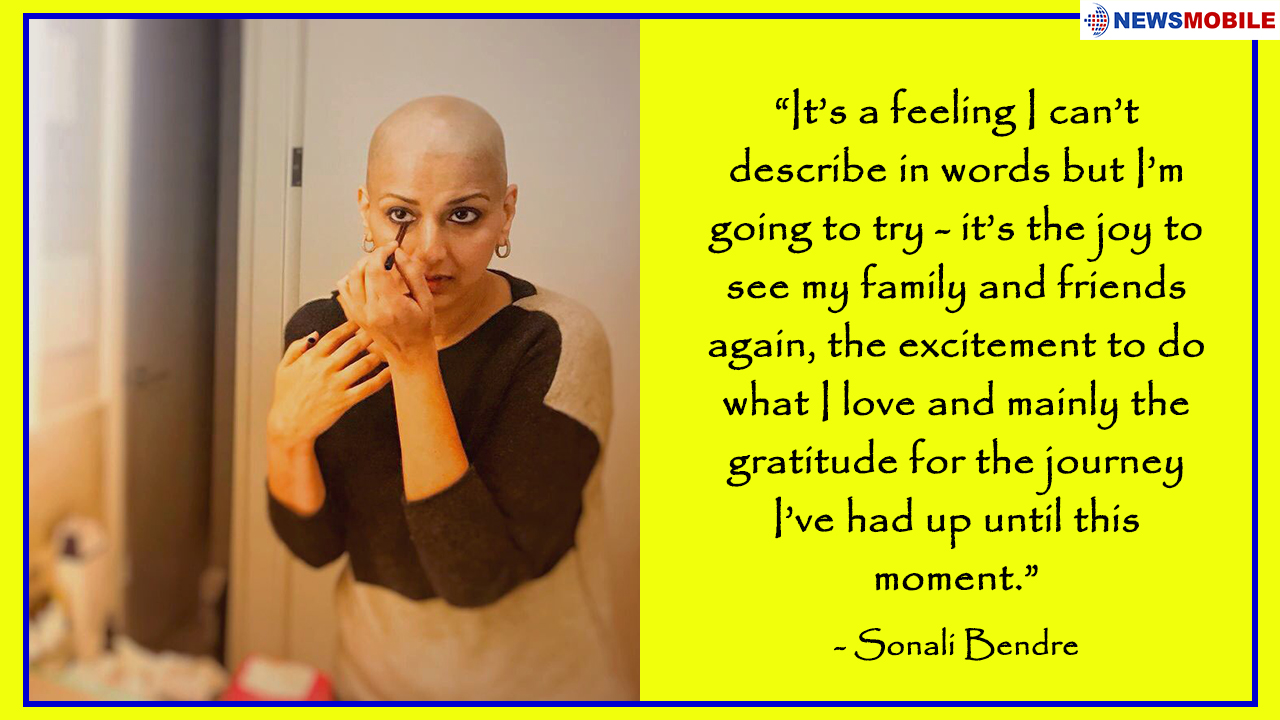 Hrithik Roshan’s sister, Sunaina is another story of strength personified. She won her war against cervical cancer. Because of the timely treatment and her positive approach towards life, Sunaina Roshan came out of the danger period and got back to leading a normal life. 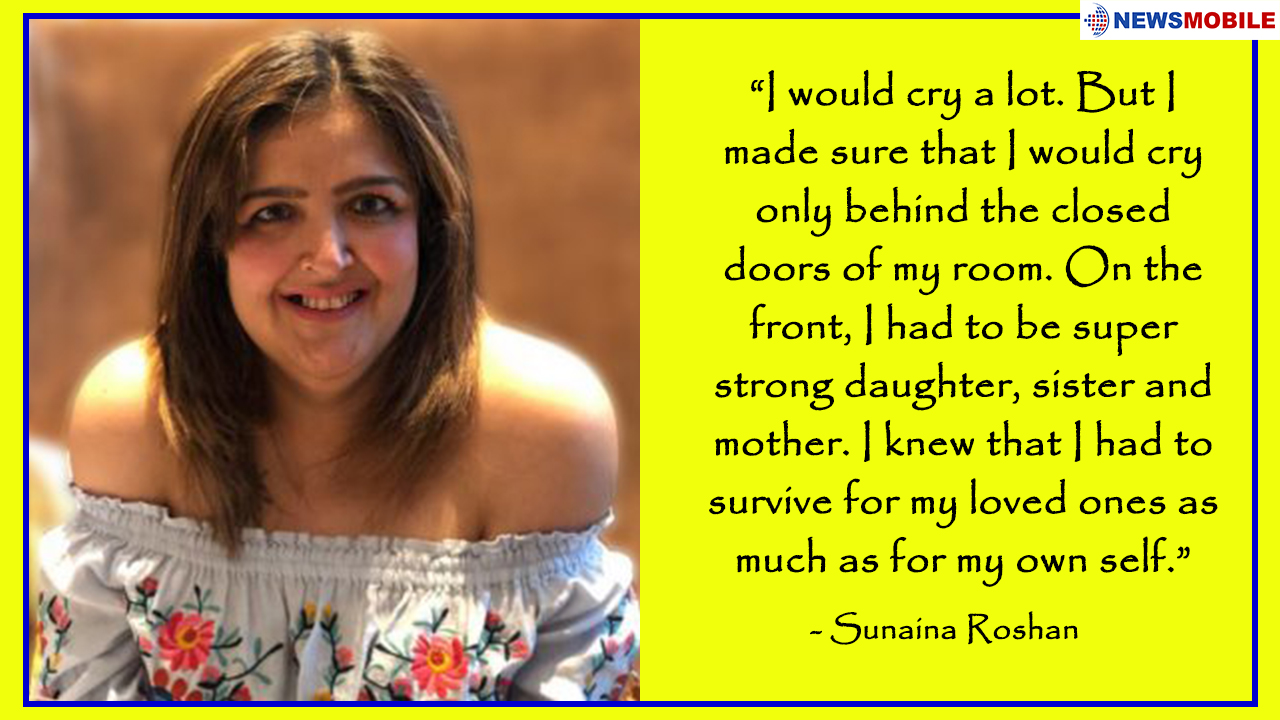