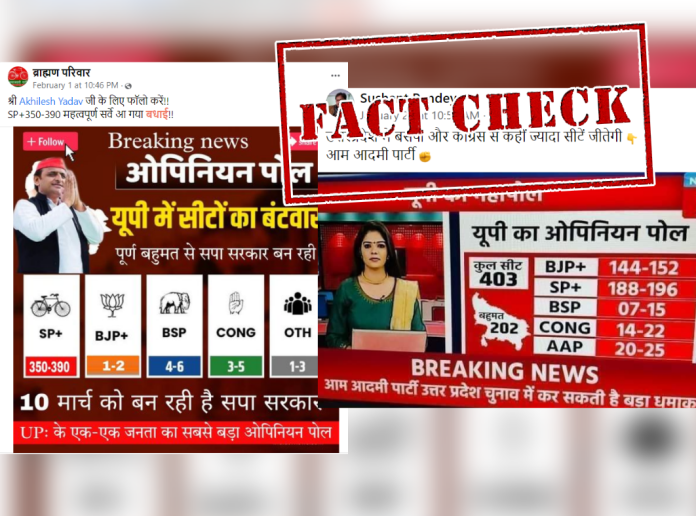 An image, purportedly showing results of an Opinion Poll of a news channel predicting victory of Akhilesh Yadav led Samajwadi Party in the upcoming Uttar Pradesh assembly elections, is being widely shared on social media.

The image is being shared on Facebook a caption in Hindi that can be roughly translated in English to, “Follow for Mr Akhilesh Yadav ji!! SP+350-390 Important survey has arrived Congratulations!!” 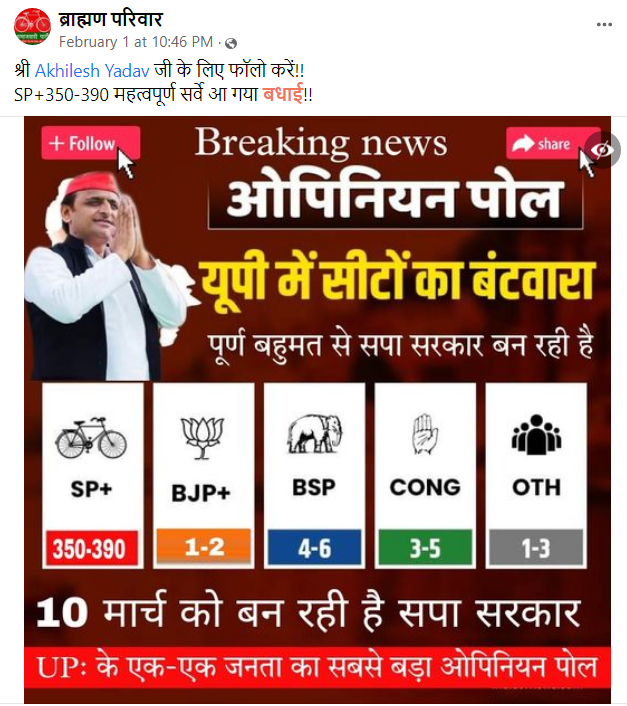 Another screenshot of News 7 channel is also being shared on social media with a claim that according to their Opinion Poll, Aam Aadmi Party will get more seats than Congress and BSP in the upcoming UP elections.

The image is being shared on Facebook with a caption in Hindi that can be roughly translated in English to, “Aam Aadmi Party will win more seats in Uttar Pradesh than BSP and Congress.” 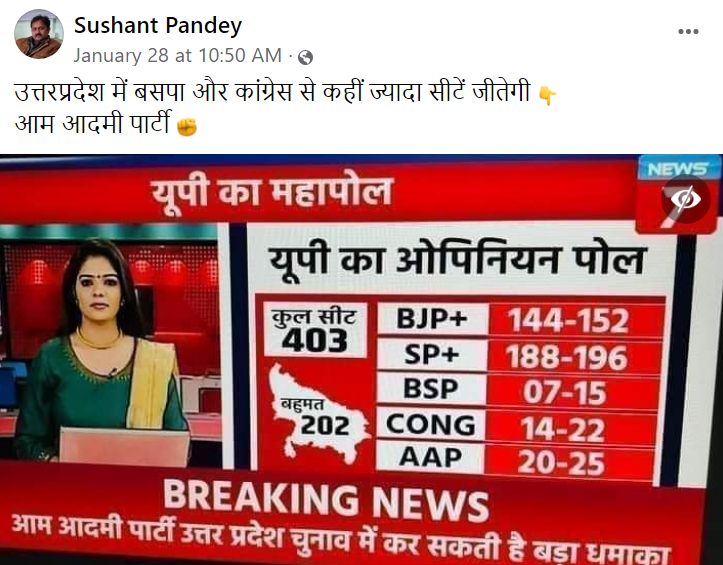 NewsMobile fact-checked the above claims and found that both the images are morphed.

Starting with our investigation, we performed a Reverse Image Search with relevant keywords but we could not find any such news report corroborating the claim.

Searching further, we found a similar Opinion Poll graphic uploaded on the Facebook page of India TV news on January 31, 2022. The original Opinion Poll predicted 148-150 seats for Samajwadi Party and a majority of 242-244 seats for the BJP in the upcoming Uttar Pradesh elections. The same image was also shared on the verified Twitter handle of India TV news. 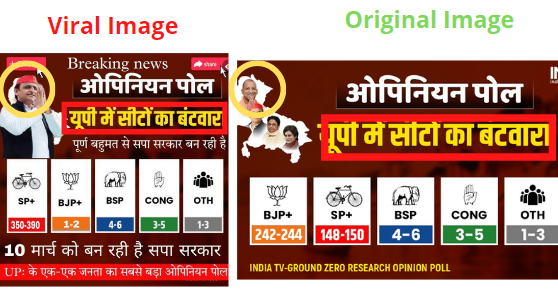 We also could not find any media report predicting 350 seats to the Samajwadi Party in the upcoming UP polls.

Thus, it is evident from the above information that a morphed image is being falsely shared as that of an Opinion Poll predicting Samajwadi Party’s victory in the upcoming UP elections.

We performed a Reverse Image Search with relevant keywords and found the original template uploaded on the News24 YouTube channel. At 3 minutes 6 seconds, one can see the original template. However, the logo, anchor and some numbers in the Opinion Polls have been edited and changed in the viral image. In the video, none of the graphics had any numbers about Aam Aadmi Party. 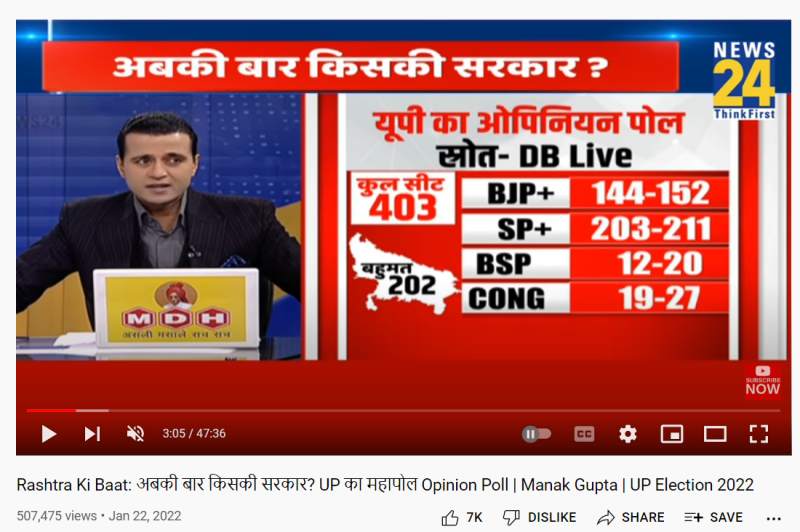 Taking the investigation forward, we cropped the photo and once again searched it through Google Reverse Image. During this, we found that the picture of the anchor be seen in the viral screenshot has been taken from a Malayalam news channel Manorama News. 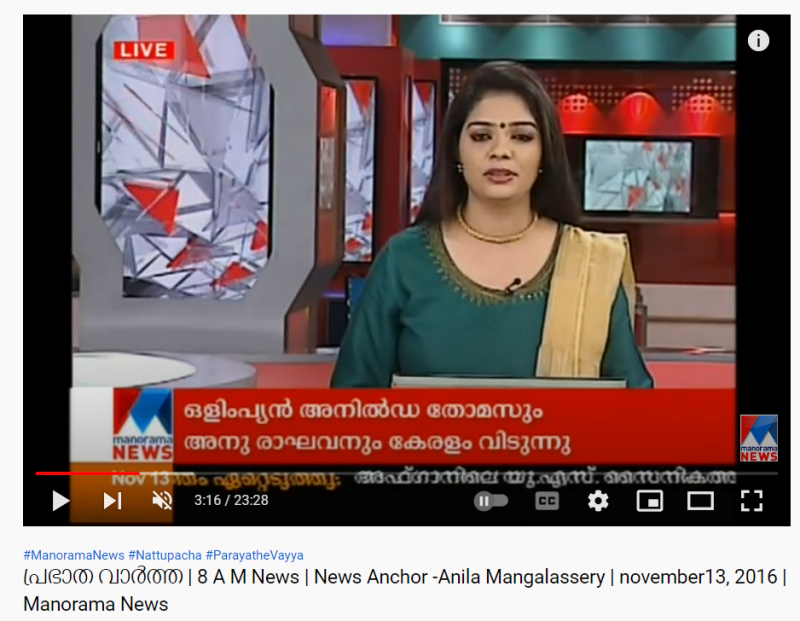 We even went through the website and YouTube channel of News7 but could not find any such Opinion Poll related to the viral claim.

Thus, it is evident from the above information that the viral image is morphed and no such Opinion Poll was broadcast by News 7 regarding upcoming Uttar Pradesh elections.