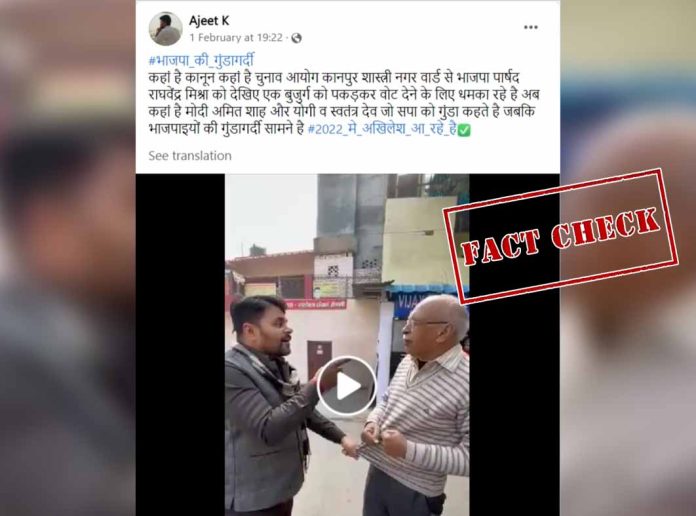 A video of a man threatening an elderly citizen is being circulated on social media with a claim that he is a BJP leader.

(English Translation: #BJP’s hooliganism. Where is the law, where is the Election Commission, see BJP councilor Raghavendra Mishra from Kanpur Shastri Nagar ward, threatening an elderly person to vote, where is Modi Amit Shah and Yogi and Swatantra Dev who call SP a goon while we can all see BJP’s hooliganism #2022_may_akhilesh_a_are_hai) 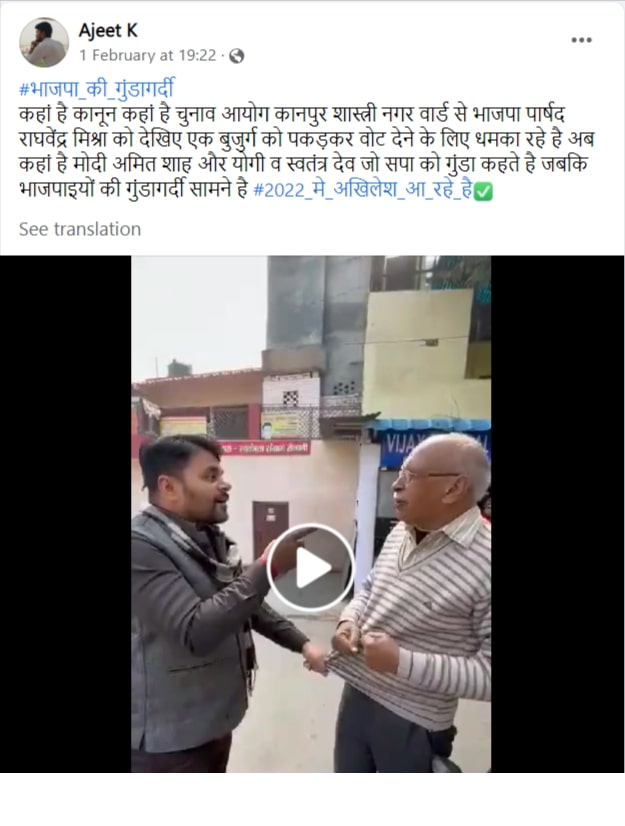 We ran a keyword search and found a report by The Free Press Journal dated February 2, 2022. “Watch Video: UP BJP councillor ‘threatens’ senior citizen for votes, later claims they were joking,” the headline of the report read.

The report carried a tweet in which the duo had clarified that they know each other and the video was a joke. The video was captioned: “Update in #Kanpur incident. The senior citizen claims himself to be uncle of Raghavendra Mishra. “We were merely joking as why i should join the #BJP,” says the senior citizen.”

Another report by IndiaToday/Aajtak quoted Raghvendra Mishra as saying that Bhupendra Singh Bhadauriya is his uncle and the duo often engage in conversations like this which are in good humour.

Moreover, after the video of the incident went viral, UP Police also conducted an investigation and clarified the same on Twitter. In the video, ACP Swaroopnagar clarified that Raghvendra Mishra and Bhupendra Singh Bhadauriya know each other and the conversation was meant to be a joke but someone recorded it and uploaded it online. 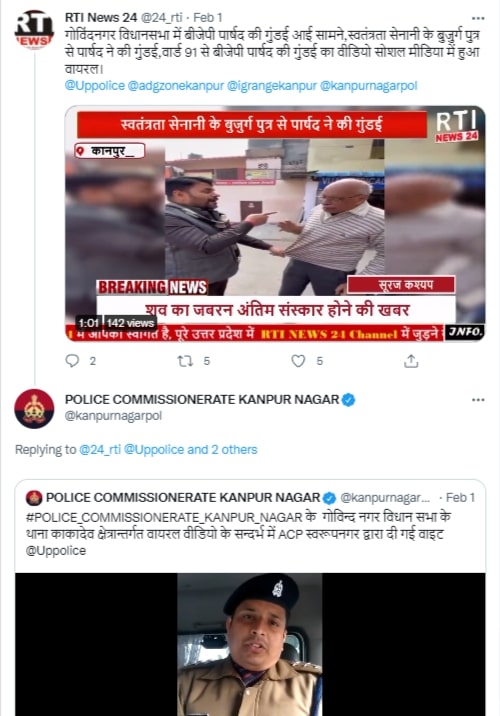 Hence, from the above information, it is clear that the video is being circulated with a misleading context.