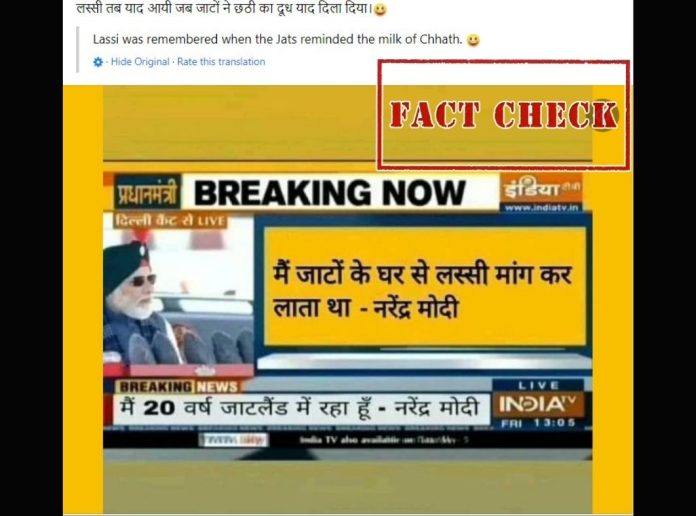 Recently, a purported screengrab of a India TV news report has surfaced on social media with a quote attributed to Prime Minister Narendra Modi. In the screengrab it appears that PM Modi is saying that he used to ask for Lassi from members of the Jat community.

A Facebook user shared the image with a caption in Hindi that roughly translates to, “He remembered Lassi when Jats taught him a lesson.” 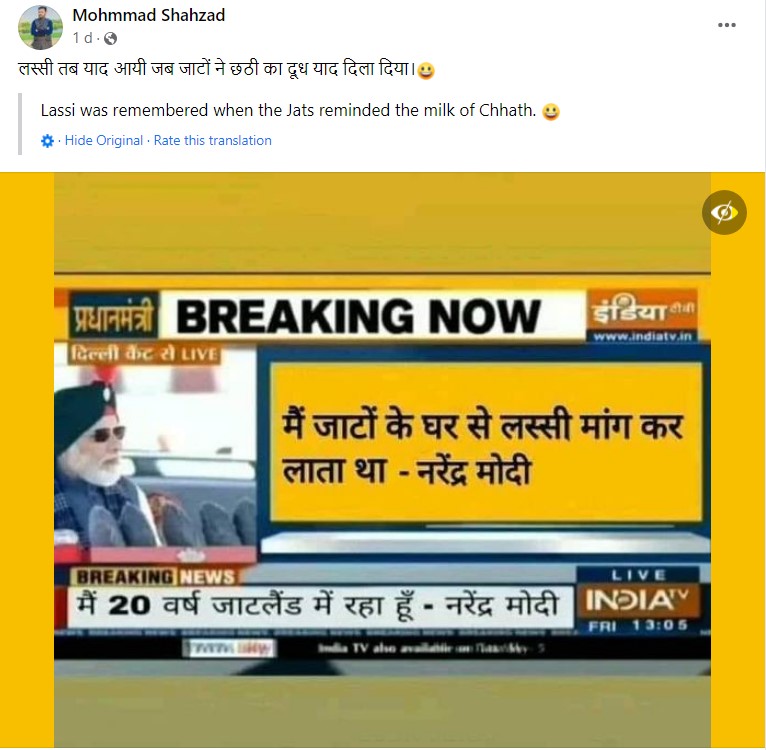 The viral image shows the India TV layout with a timestamp as Friday and the time as 1.05 p.m. A ticker also says that Modi has lived in ‘Jatland’ for 20 years.

NewsMobile fact-checked the viral image and found it to be edited.

On performing relevant keyword searches, we did not find any credible report to suggest that PM Modi has made any such statement.

As the viral image appears to be a screengrab of India TV bulletin, we browsed through recent videos on India TV’s YouTube channel and found a report uploaded on January 8, 2022, when PM Modi addressed the NCC cadets at Cariappa Ground in New Delhi. 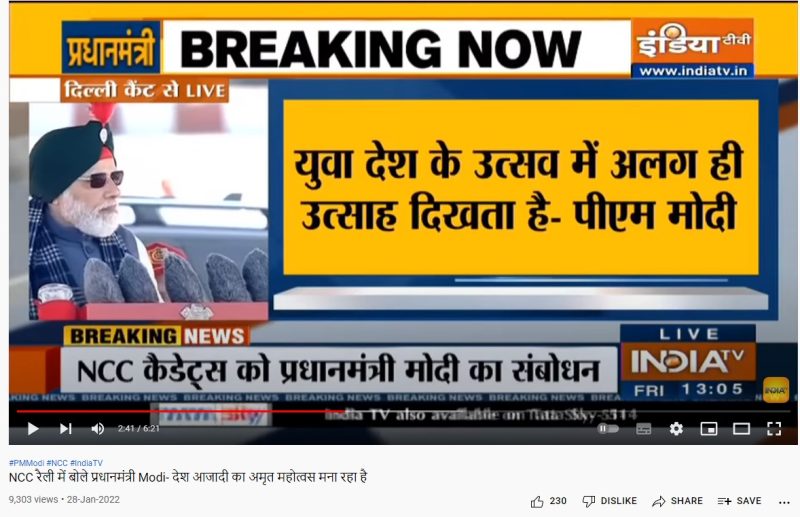 We carefully checked India TV’s bulletin and found that the news channel did not telecast any such quote attributed to PM Modi. Below is the comparison between the viral image and the India TV bulletin. 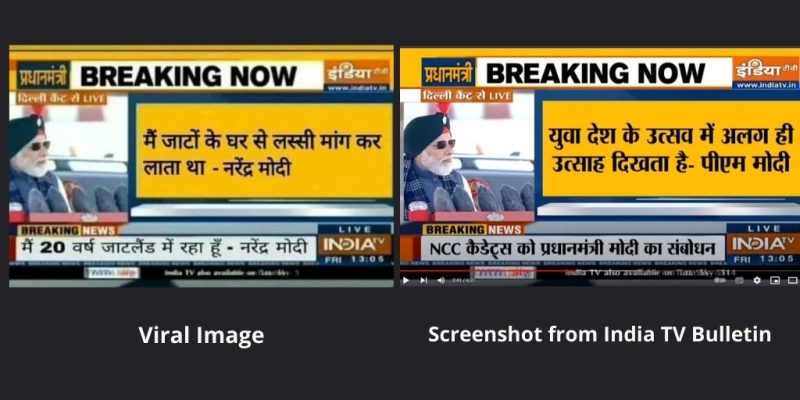 The complete speech which is over 25-minutes long can be found on PM Modi’s official Facebook page. No such statement was made in the entire speech.

Therefore, it can be concluded that the viral image is morphed.