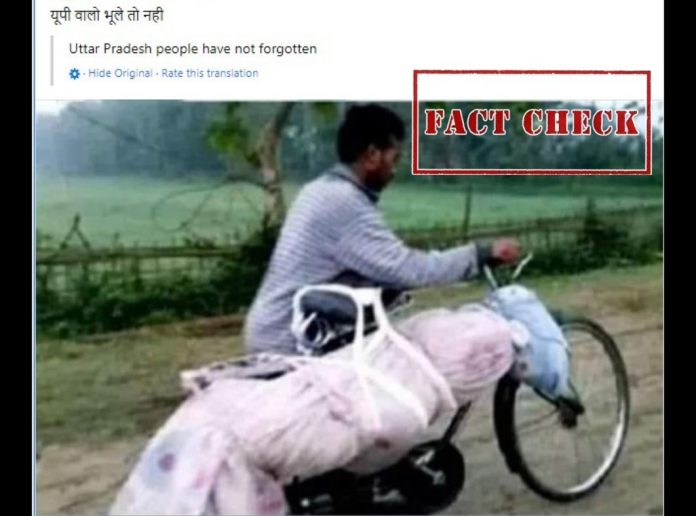 Ahead of upcoming assembly elections in Uttar Pradesh, a heart-wrenching image has surfaced on social media platforms showing a man carrying a dead body on his cycle. The picture is being shared with a caption suggesting that the image is from UP.

A Facebook user shared the image with the caption in Hindi that translates to, “People of Uttar Pradesh don’t forget this.” 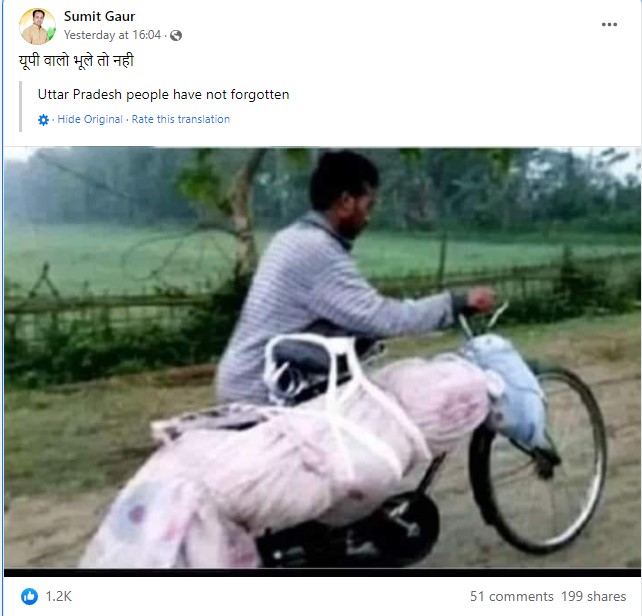 The image is being shared on Twitter as well with the same claim.

NewsMobile fact-checked the viral image and found it to be shared with a false claim.

We put the viral image through a Reverse Image search and found the picture in a report by The Indian Express published on April 19, 2017. The caption of the picture read, ‘In Assam CM’s constituency, man carries brother’s body on cycle’. 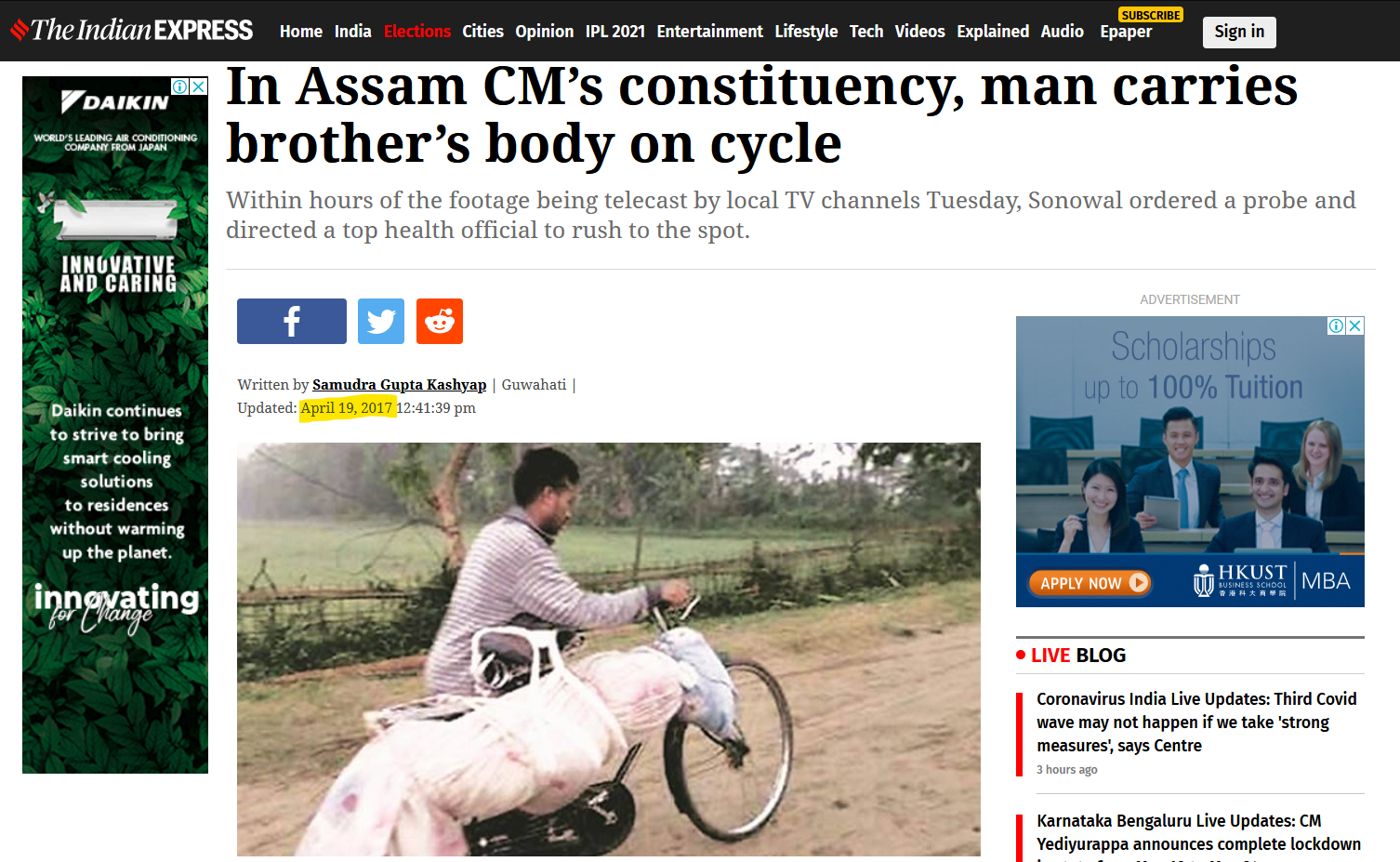 The report stated that the picture is from Majuli in Assam where a man had to carry the body of his 18-year-old young brother on a bicycle due to the absence of a motorable road. The report was published on April 19, 2017.

The description of the video read: “Majuli (Assam), Apr 19 (ANI): Heart-rending images of a man carrying the body of his 18-year-old younger brother on a bicycle due to the absence of a motorable road has surfaced from Assam’s Majuli district. Within hours of the footage being telecast by local TV channels yesterday, Assam Chief Minister Sarbananda Sonowal ordered a probe and directed a top health official to rush to the spot. Reportedly, officials said the patient’s family hailed from another district and took the patient to get treatment in another hospital which was about 8 kms away and decided to leave with his body without waiting for the hospital’s hearse van driver to arrive. Apparently, the village from which this man hails does not have a motorable road link, and they have to cross a makeshift bamboo bridge to reach the main road. ”

Therefore, it can be concluded that the viral picture dates back to 2017 and is not from Uttar Pradesh, but Assam.