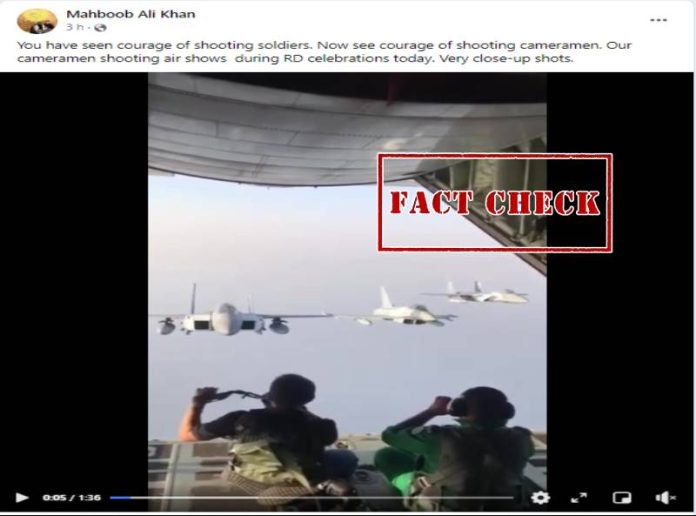 On the occasion of India’s 73rd Republic Day celebrations, 75 Indian Air Force aircraft and helicopters displayed a number of formations at Rajpath in New Delhi. In this context, a video of a cameraperson engaged in mid-air shooting is being widely shared on social media with a claim that he was shooting a jet plane on Republic Day. 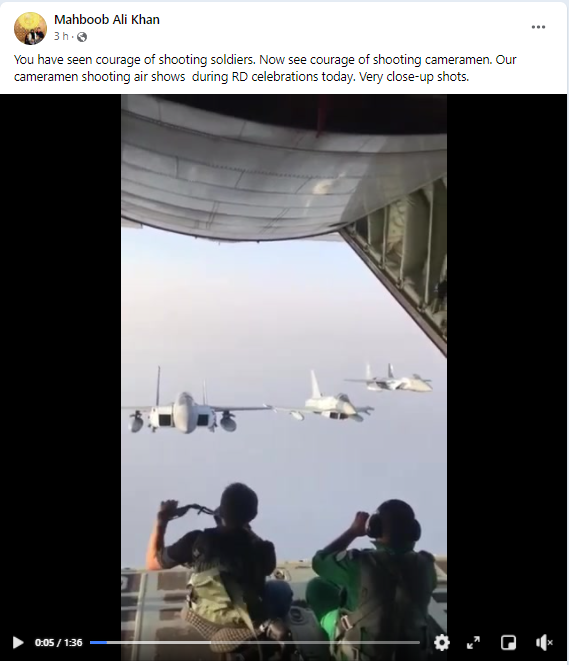 On breaking the video on multiple keyframes and doing a Google Reverse Image Search, we found that the same video was uploaded by a Facebook page on September 6, 2021. Hence, it is clear that the viral video is old and is not associated with recent Republic Day parade. 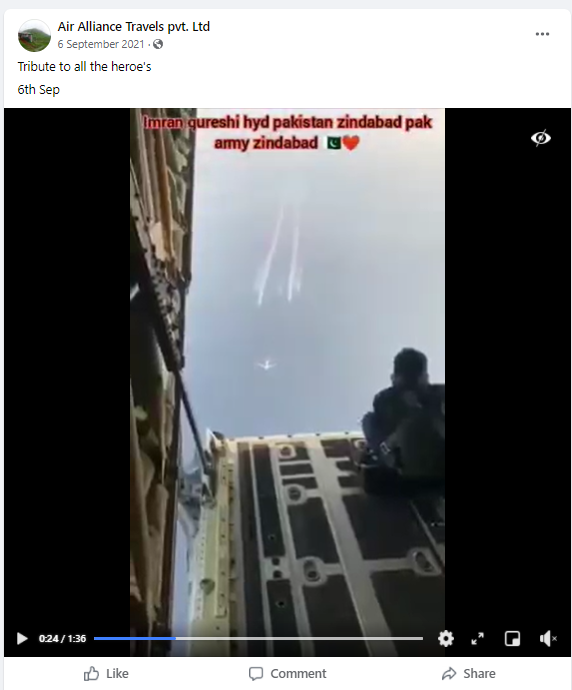 We found that the same video was also uploaded by a Facebook page Photo Daniel on September 25, 2020, with a caption that read: “An exiting way to photograph airplanes.”

In the video, we spotted Saudi Arabia’s emblem on the jets.

Taking a hint, we did a keyword search and found the same video was uploaded by AsiaNet NewsAble on September 24, 2020. The description associated with the video read, “The Royal Saudi Air Force recently organized a photoshoot of its fighter airplanes. But what’s even more interesting is that there are also a few BTS videos. Saudi journalist Enad al-Otaibi Tweeted a couple of amazing behind-the-scenes videos showing well-known Saudi aviation photographer Ahmed Hader directing and photographing fighter jets.
This photographer sits perilously on the ramp of a military plane to capture head-on pics of fighter jets in formation. The jets did air-show rehearsals to prepare for the 90th National Day of Saudi Arabia. The video shows how photographers direct the fighter jets mid-air to capture their formations.” 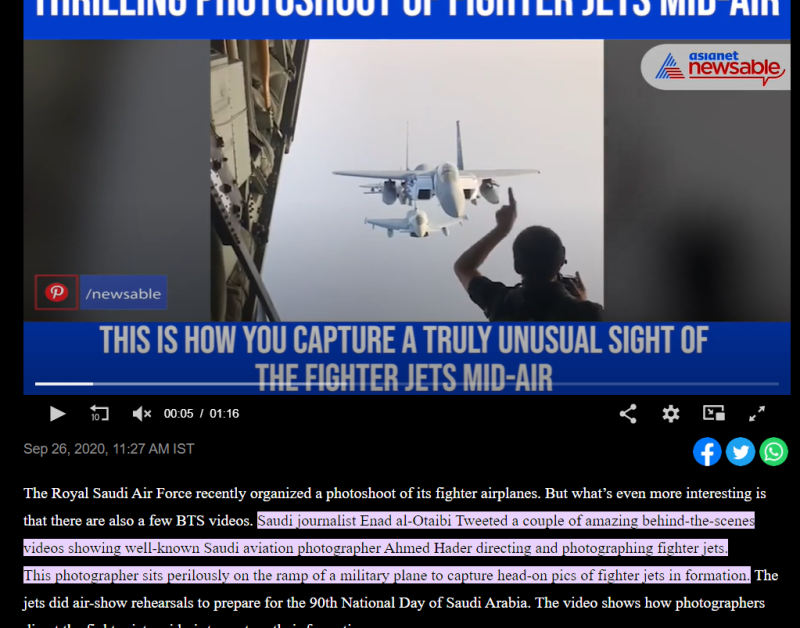 Thus, it can be concluded that an old video from Saudi Arabia has gone viral with a misleading claim linking it to mid-air photography during recent Republic Day celebrations.