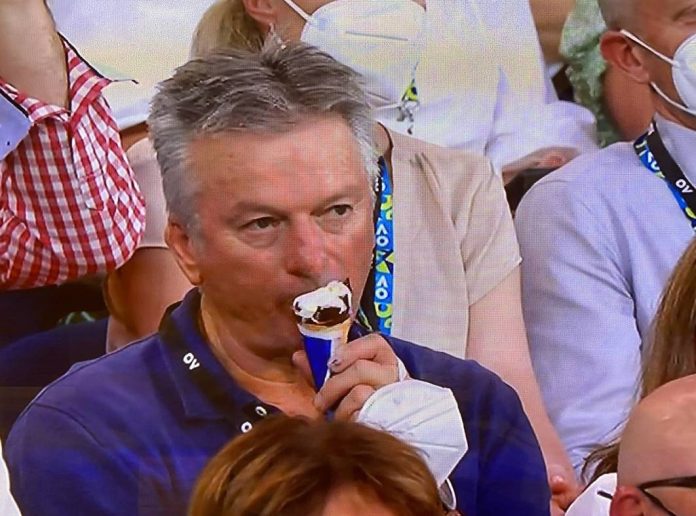 Waugh was famous for his intense and serious looks during his playing days. Even during captaining Australia to the 1999 ICC World Cup title or while leading one of the most successful Test teams in history, one could hardly see his emotions. Waugh retired from the sport in 2004.

During Australian Open when the TV cameras focussed on Waugh, the unsuspecting former cricketer was seen enjoying an ice cream with an extremely serious facial expression. This created a buzz on Twitter with many posting some hilarious comments on the incident. Here are a few of them.

Steve Waugh just having a little George Costanza moment there at the tennis #AusOpen pic.twitter.com/4zPpVzfB8e