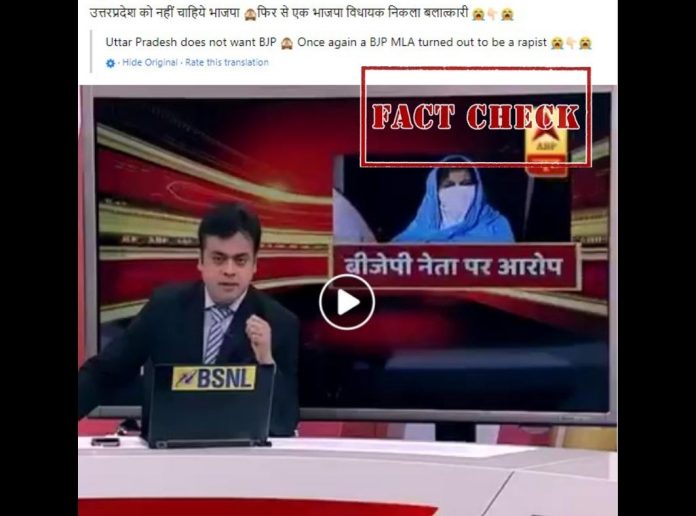 Ahead of upcoming Uttar Pradesh assembly elections, a video has surfaced on social media with a claim that a young woman from UP has recently charged a Bhartiya Janata Party leader of rape. In the video, anchor Abhisar Sharma can be heard saying that after Kuldeep Sengar, another BJP leader named Satish Sharma has been accused of sexual abuse. Visuals of a press conference can also be seen wherein the woman says that she is a lawyer in the Lucknow High Court and that Satish Sharma is her senior.

A Facebook user shared the viral video with a caption in Hindi that roughly translates to, “Uttar Pradesh does not want BJP. Once again a BJP MLA turned out to be a rapist.” 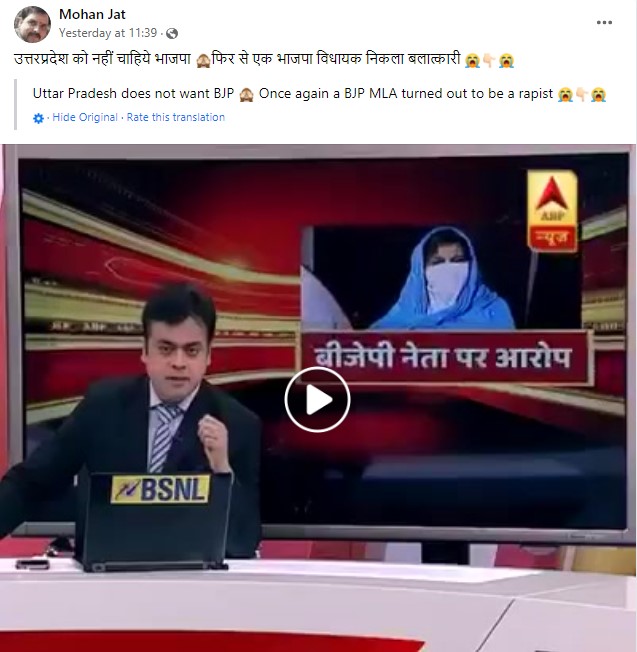 As per the viral video, Sharma fraudulently made a video clip of the woman and is now blackmailing her through this clip and he sexually abused and assaulted the woman for three years. It is further seen in the video that during the press conference, the woman  starts cutting her hair while talking to the media. The logo of ‘ABP News’ can also be seen in the report.

With the help of a relevant keyword search, we found the same news report on ABP’s official YouTube page dated May 7, 2018.

Clearly, the incident happened four years ago and is not recent as being claimed.

On checking further, we also found a news report by News18  published on May 7, 2018. “Woman Accuses UP BJP Leader of Rape and Blackmail; Shaves Head at Press Meet, Threatens Suicide,” reads the headline. 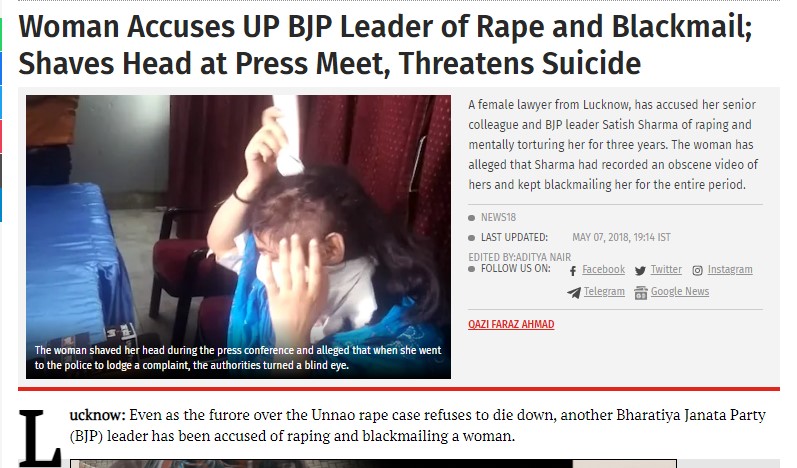 Therefore, it can be concluded that video of a four-year-old incident is being falsely shared as a recent ahead of UP assembly elections.