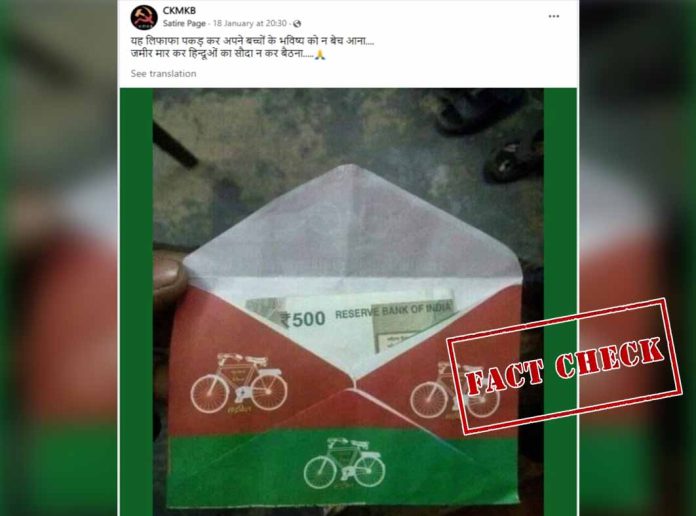 Ahead of the upcoming Assembly elections in Uttar Pradesh, a picture of an envelope with the Samajwadi Party’s logo and a Rs 500 note coming out of it, is being shared on social media with a claim that SP is trying to buy votes. 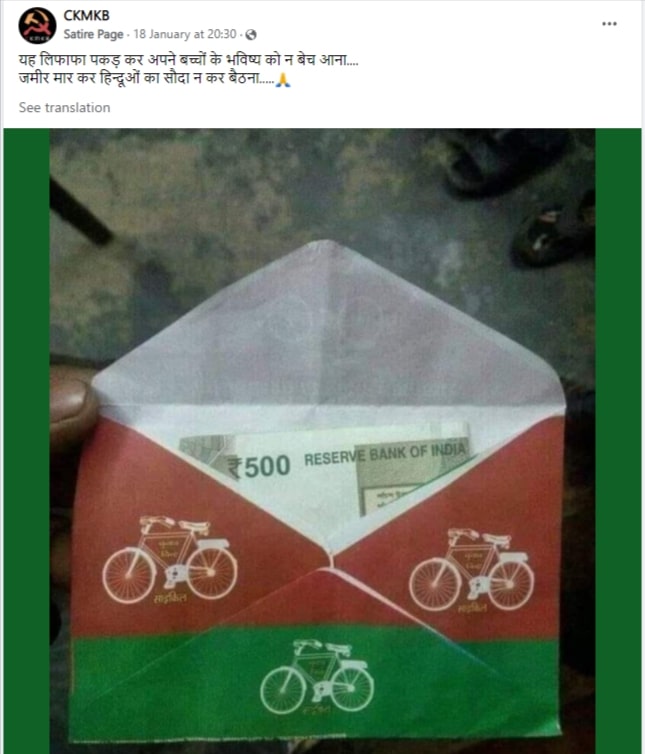 The same was also shared by the Social Media Co-Convener of the Uttar Pradesh unit of BJP Shashi Kumar. 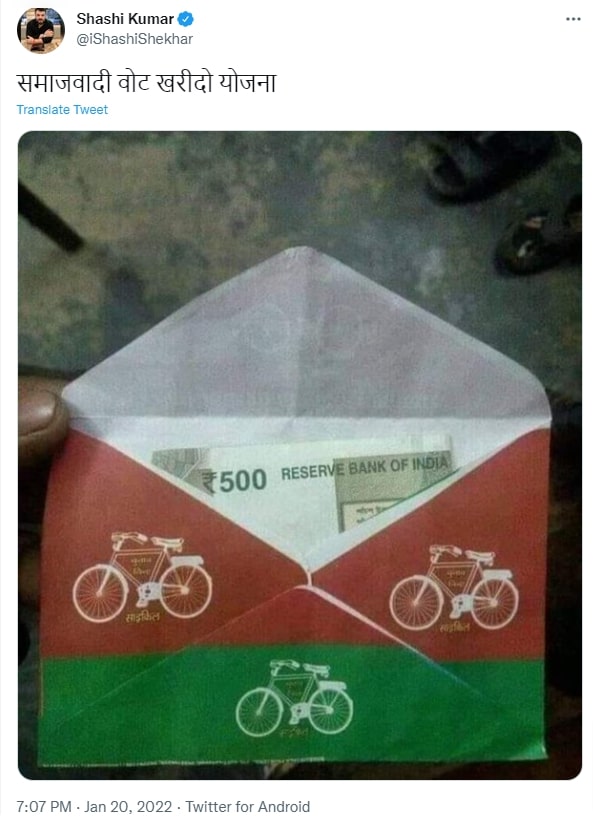 NewsMobile fact-checked the post and found the image to be old.

While looking for similar posts, we found that the same image was also shared on Facebook in 2017.

(English Translation: Take it, take it brother… have to take the envelope by Samajwadi [party]) 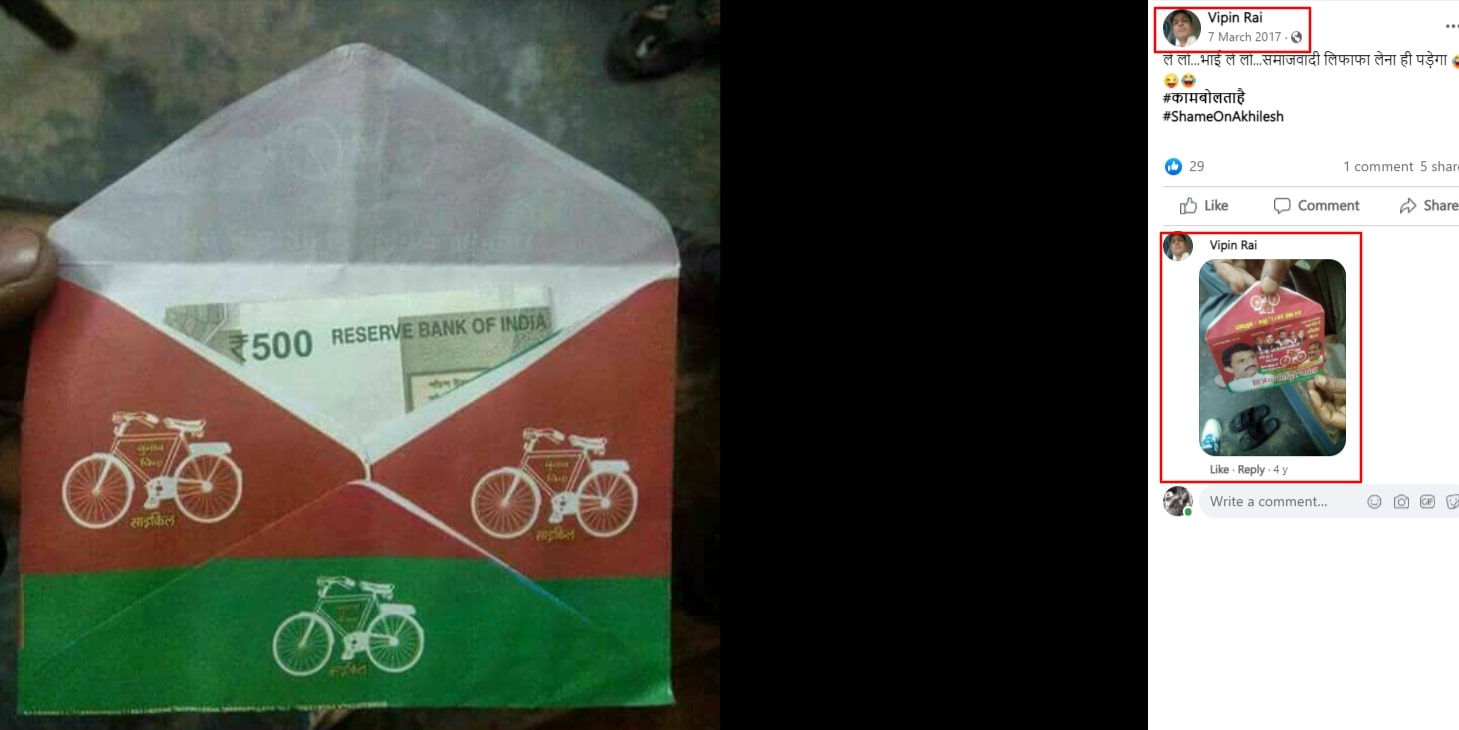 The same user also shared a photograph of the front side of the envelope in comments. We carefully examined the image and found the date March 04, 2017, written on it. The envelope also had a picture of former MLA Vijay Bahadur Yadav and former minister Ram Bhual Nishad. 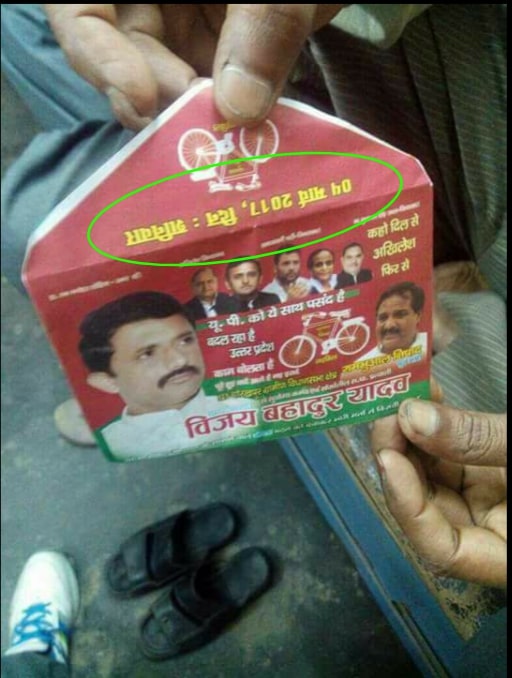 However, NewsMobile independently couldn’t verify the origin and veracity of the picture.

Meanwhile, according to a 2017 report by NDTV, ‘Uttar Pradesh elections saw a total of over Rs 5,500 crores spent on the campaign by various parties, including about Rs 1,000 crore towards ‘note for vote’, with nearly one-third voters admitting to cash or liquor offer’. However, the report did not mention any particular party.

Hence, from the above information, it is clear that an old image is being shared with a misleading claim ahead of the upcoming elections in the state.