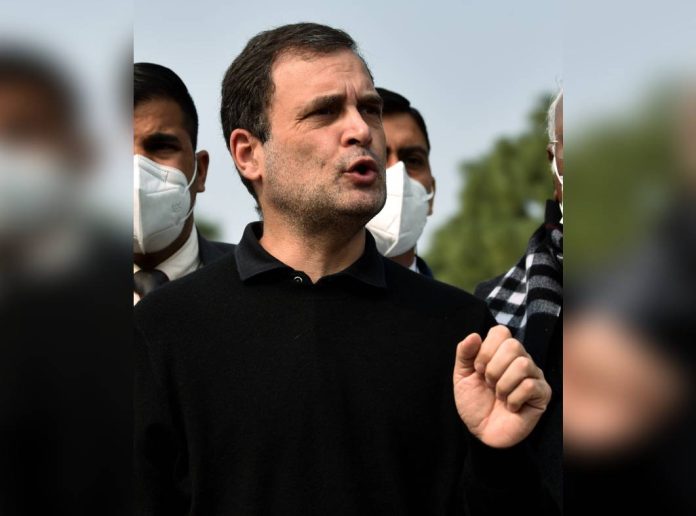 Congress leader Rahul Gandhi has written to Twitter alleging that the micro-blogging site is working under pressure from the Centre and the growth in his Twitter followers has been suppressed. However, refuting the allegation of Congress MP, Twitter’s spokesperson said that the company has a zero-tolerance approach to manipulation and spam.

In a letter addressed to Twitter’s CEO Parag Agrawal, dated December 27, the Wayanad MP said, “I believe Twitter’s unwitting complicity in curbing free and fair speech in India.”
Citing that his following has virtually frozen ever since August 2021, when his account was briefly locked, the Congress leader shared that earlier, he was gaining new followers at the rate of over 2.3 lakh per month, which even went up to 6.5 lakh in certain months.

He had also sent an analysis of data from his Twitter account showing that the number of followers, which currently stands at 19.6 million, had barely increased for several months following an eight-day suspension in August last year.

Terming the drop in the number of his followers “not so coincidental”, he said and listed a series of events that he believed led to the drop including his video, where he promised farmers that the three infamous farm laws will be repealed, being viral.

Rahul Gandhi’s account was suspended for almost a week from August 6 to August 14 following his tweet in which he had allegedly revealed a photograph of the family members of a minor girl who was raped in New Delhi.

Twitter’s spokesperson response to Congress MP’s allegations said, “Follower counts are a visible feature and we want everyone to have confidence that numbers are meaningful and accurate. Twitter has a zero-tolerance approach to platform manipulation and spam.”
“We fight spam and malicious automation strategically and at scale with machine learning tools, and as part of those consistent and ongoing efforts to ensure a healthy service and credible accounts, follower counts can and do fluctuate,” Twitter added.

Their statement further read: “We remove millions of accounts each week for violating our policies on platform manipulation and spam. You can take a look at the latest Twitter Transparency Center update for more context. While some accounts notice a minor difference, in certain cases number could be higher.”