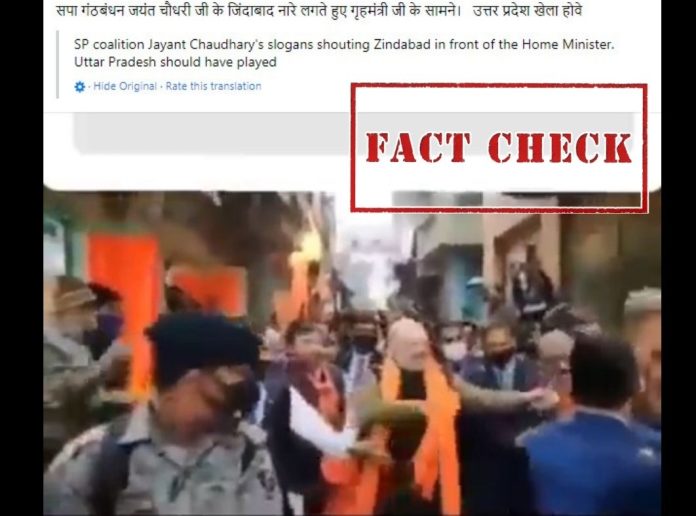 Ahead of the Uttar Pradesh assembly elections, a 14-second video is going viral on social media featuring Bhartiya Janta Party leader and Home Minister Amit Shah. The viral video shows Shah walking on a crowded street while people cheer for Rashtriya Lok Dal chief Jayant Chaudhary. This is the first time that Chaudhary’s RLD is contesting elections in alliance with Samajwadi Party.

A Facebook user shared the video with a caption in Hindi that roughly translates to,
“Cheers for SP coalition Jayant Chaudhary in front of the Home Minister. There will be play in Uttar Pradesh) 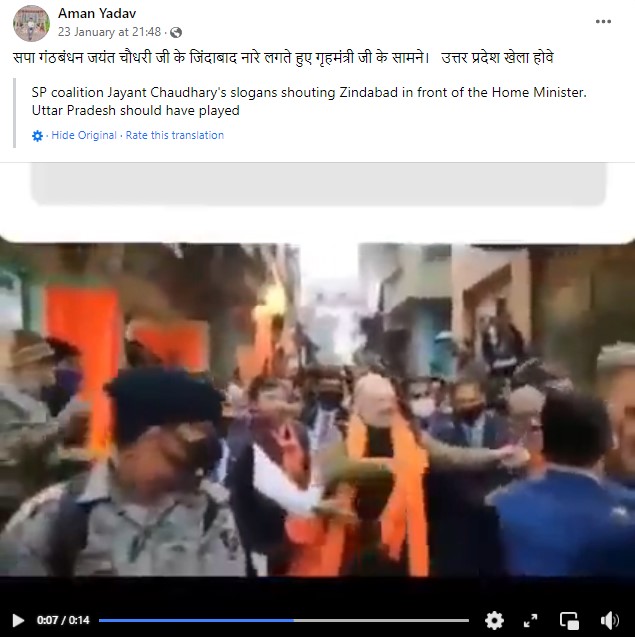 The video is being shared on Twitter with a similar caption.

NewsMobile fact-checked the viral video and found it to be edited. The background sound of slogans in support of Jayant Chaudhary has been superimposed in the video.

On performing Reverse Image Search, we found a clearer and longer version of the video uploaded on a Twitter page. “Union Home minister Amit Shah’s door-to-door campaign in UP’s Kairana,” reads the caption. In the video, one can clearly hear the slogans of ‘Modi’ and ‘Jai Siya Ram‘. 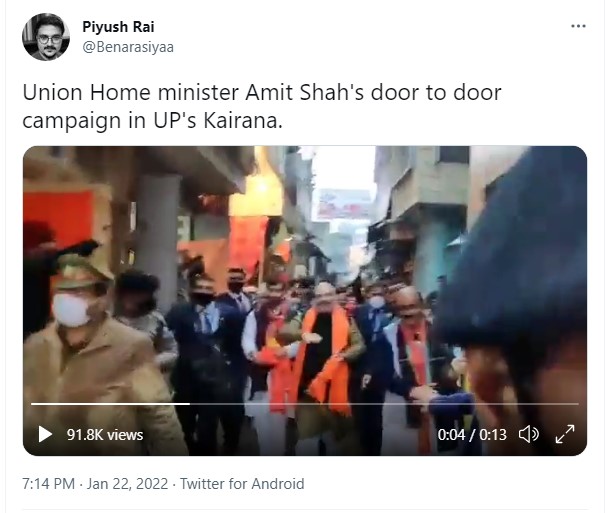 Taking a hint from this and with the help of relevant keyword searches, we found the visuals in a news bulletin on the official YouTube page of Hindustan Live. The video was uploaded on January 22, 2022, and per the description, the visuals are from a recent  ‘door-to-door’ campaign of BJP in Kairana. In this video as well one can hear pro-Modi slogans.

The video of the entire campaign is also uploaded on BJP’s YouTube page.

According to news reports, Home Minister Amit Shah met several families who were “affected” by the alleged exodus from Kairana some years ago during a door-to-door poll campaign in the city on January 22, 2022.

Therefore, it can be concluded that a manipulated video from Amit Shah’s campaign in Kairana has gone viral with a false claim.