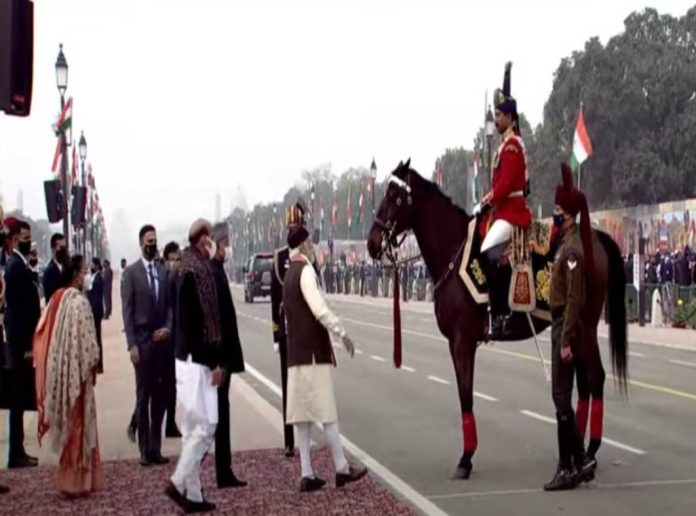 The ceremony on Republic Day started with Prime Minister Narendra Modi’s visit to the National War Memorial where he paid tributes to the fallen heroes. He then moved to salute dais to witness the parade at Rajpath.

The National flag was unfurled by President Ram Nath Kovind following which the National Anthem was sung and a salute of 21-gun was given. The parade was commanded by Parade Commander, Lieutenant General Vijay Kumar Mishra, Ati Vishisth Seva Medal, a second-generation Army officer.

The President’s bodyguard horse Virat also retired from the service today. The horse was given the Chief of the Army Staff Commendation Medal this year. On this occasion, PM Modi, President Kovind and Defense Minister Rajnath Singh bid him farewell.