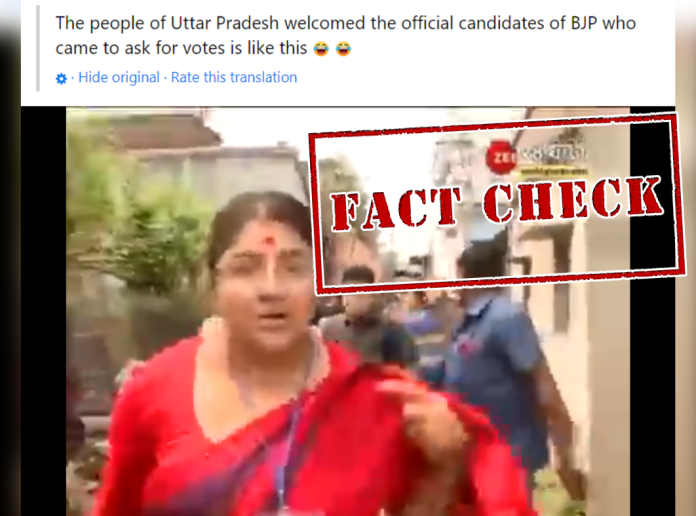 A video in which people can be seen chasing away a woman has gone viral on social media. It is being claimed that this is a recent video of people chasing away a BJP candidate in poll bound Uttar Pradesh.

The video is being shared on Facebook with a caption in Kannada that can be roughly translated in English to: “People of Uttar Pradesh welcomed the official candidates of BJP who came to ask for votes like this.” 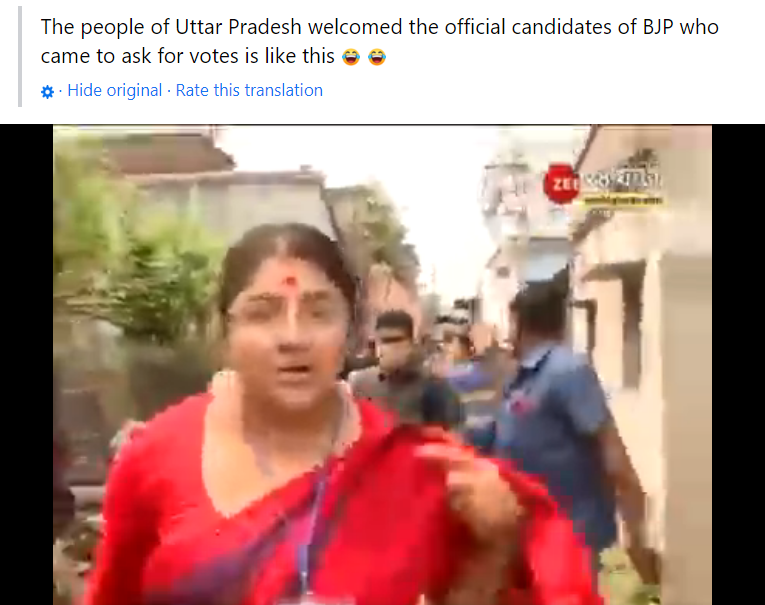 Using the InVid Tool, we extracted keyframes from the viral video and performed a Reverse Image Search. This search directed us to a video news report uploaded by “Zee 24 Ghanta” on August 10, 2021, which featured the same viral video. According to the report, BJP’s Locket Chatterjee faced protests in Chuchura area of West Bengal’s Hooghly district. 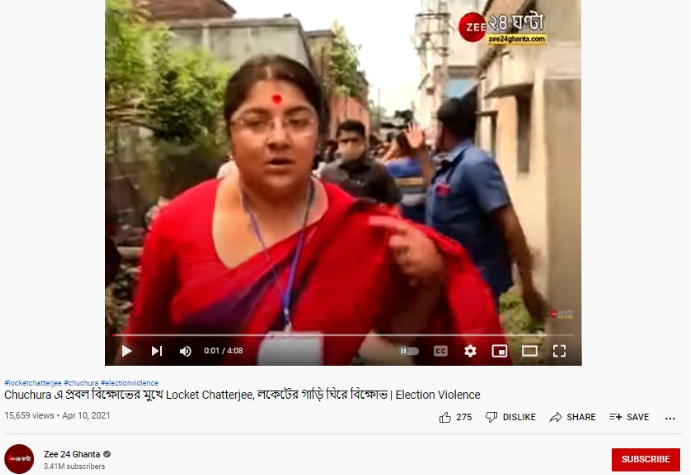 Taking a cue from this, we searched further and found a video news report uploaded on the official YouTube channel of India Today on April 10, 2021. The video description read, “BJP MP Locket Chatterjee’s car was attacked at Chunchura in Hooghly and bricks hurled at her car allegedly by Trinamool workers amid the fourth phase of West Bengal assembly elections.” Thus, it is evident that the viral video is related to the 2021 West Bengal assembly elections.

However, it is also true that there have been some recent incidents of BJP candidates being chased away by the public in Uttar Pradesh which have been reported by the media.

Thus, it is evident that an old video from West Bengal is being falsely shared as BJP candidates being chased away in Uttar Pradesh.