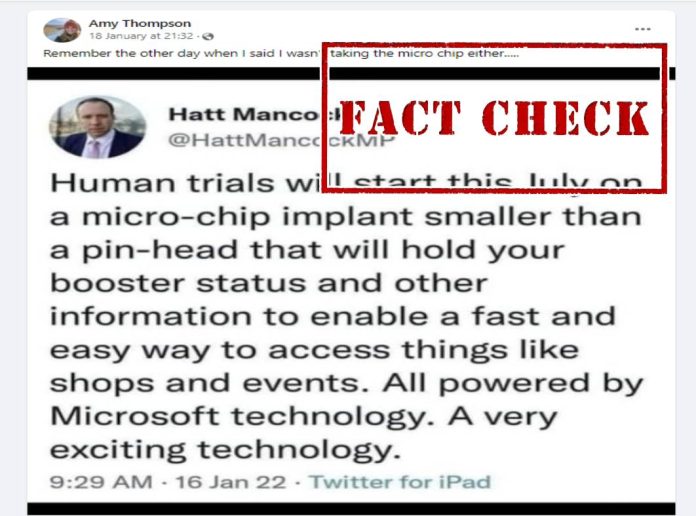 A screenshot of a purported tweet by Matt Hancock, a British politician who served as Secretary of State for Health and Social Care from 2018 to 2021, has gone viral on social media. The viral post hints that Matt Hancock has claimed that human trials for of micro chip implant which will store relevant data of a person’s vaccination booster status will begin soon.

The Tweet reads, “Human trials will start this July on a micro-chip implant smaller than a pin-head that will hold your booster status and other information to enable a fast and easy way to access things like shops and events. All powered by Microsoft technology. A very exciting technology.” 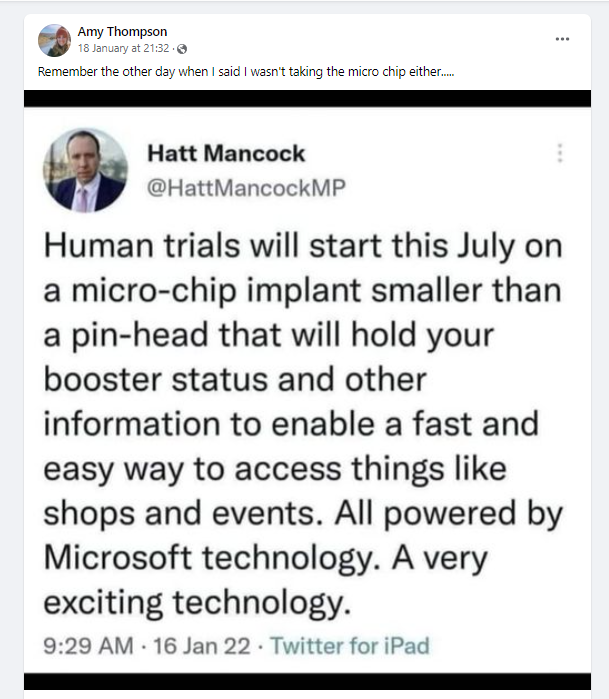 We checked the handle @HattMancockMP and found that the bio mentioned that the Twitter handle was a parody account. The bio read, “Totally honest MP for West Suffolk who definitely shouldn’t be in jail for corruption in public office.(parody) kneel before me maggots.” 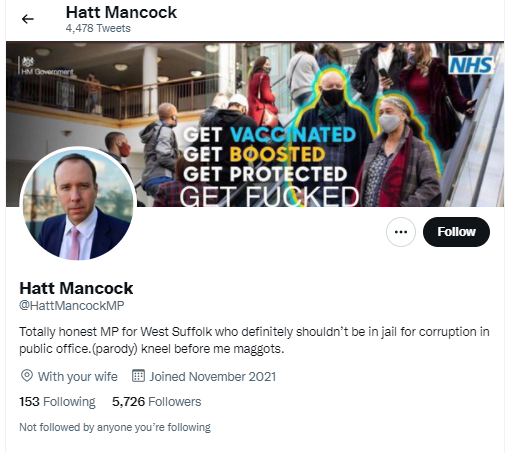 We also found that the actual name of the British politician concerned is Matt Hancock and his verified Twitter handle is @MattHancock. 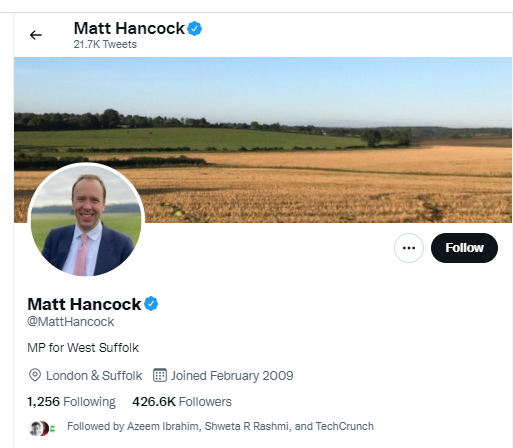 Hence, the viral post about the micro-chip implant has been done by a parody account and not by a UK politician.