Home NM FACT CHECKER Fact Check: Did Aam Aadmi Party Use A Derogatory Word In Its... 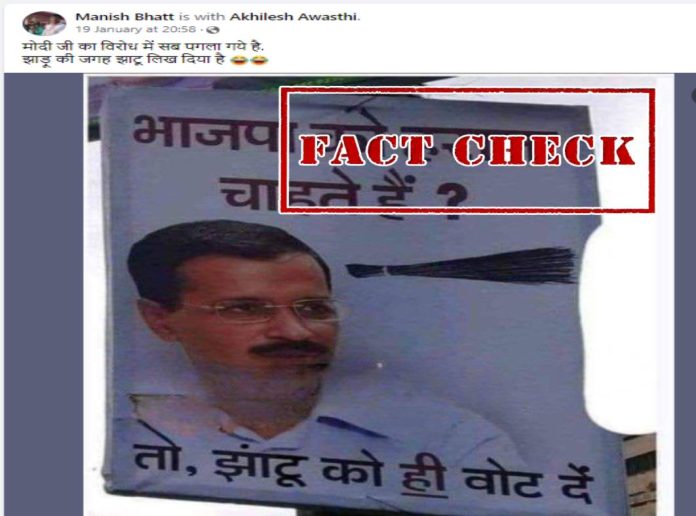 (English translation: Everyone has gone mad while opposing Modi. Instead of jhadu they wrote jhantu.”) 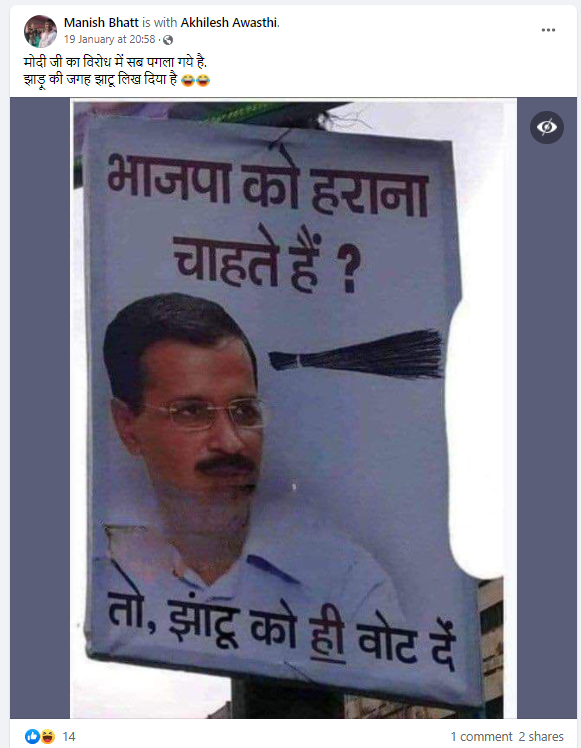 On doing a Google Reverse Image Search we found that the same image was shared on Facebook in 2019 during Delhi Assembly elections. 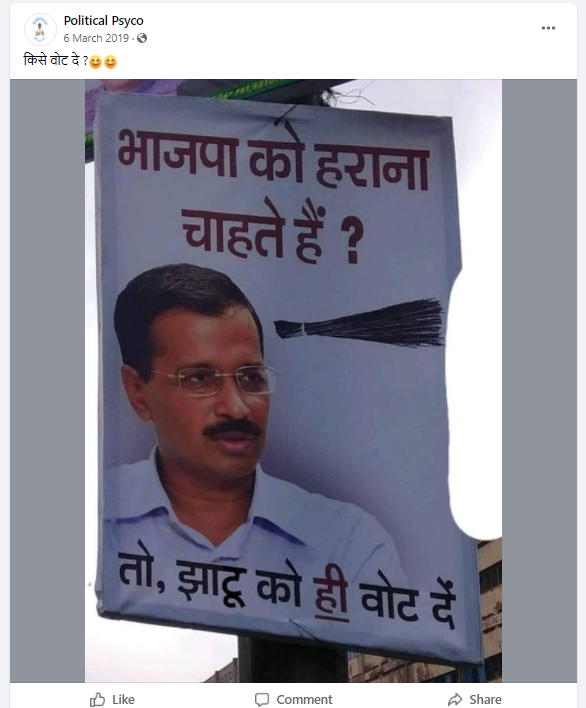 On increasing the brightness of the image we can see that ‘टू’ has a different shade and a different font. 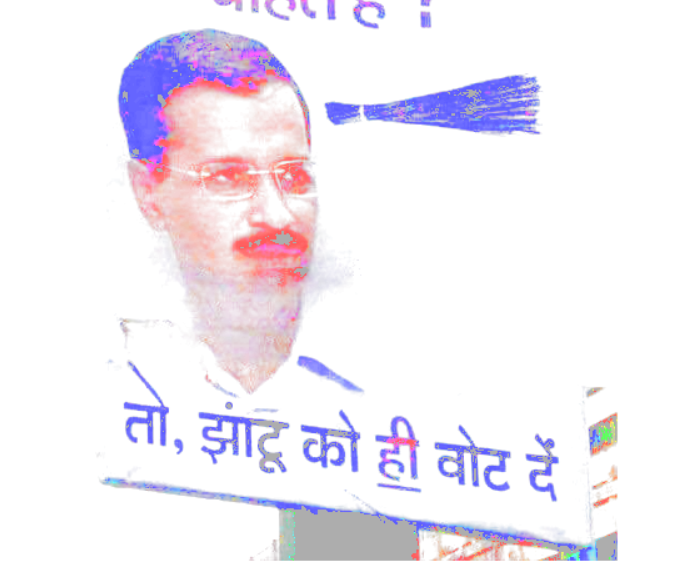 In the viral image ‘ड़ू’ of झाड़ू has been morphed with ‘टू’ to make it look like झाटू. 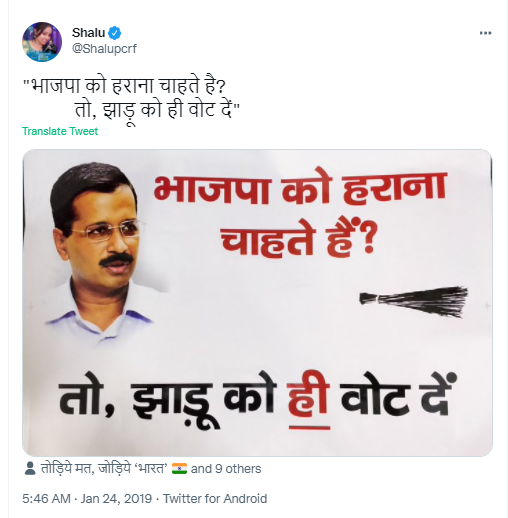 Hence, we can ascertain that an old poster of Aam Aadmi Party has been morphed and has been made viral.