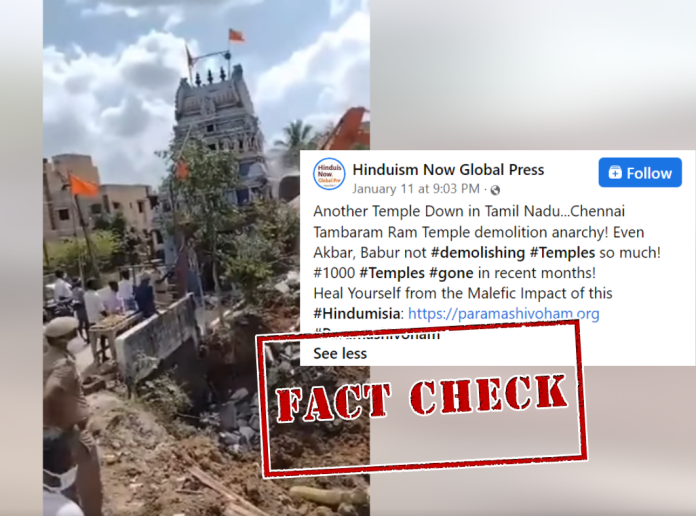 The video is shared on Facebook with a caption that reads, “Another Temple Down in Tamil Nadu…Chennai Tambaram Ram Temple demolition anarchy! Even Akbar, Babur not #demolishing #Temples so much! #1000 #Temples #gone in recent months! Heal Yourself from the Malefic Impact of this #Hindumisia.” 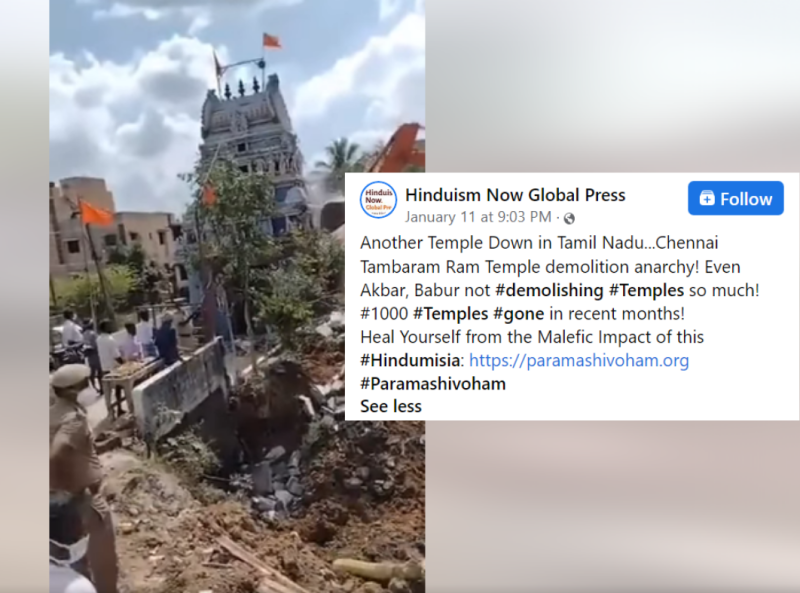 The video is being widely shared on Twitter as well with the text, “Ancient temple Tambaram Sri Ram Mandir being demolished by DMK govt in Chennai. Yet another Targeted demolition of Hindu temple in Tamil Nadu.”

Using the InVid Tool, we extracted keyframes from the viral video and performed a Reverse Image Search along with a keyword search. This search directed us to a news article published by India Today on January 11, 2022, that reported the same incident. The article read, “Demolition of a temple in Tamil Nadu sparked off a controversy with video clips doing rounds on social media claiming the demolished structure was a Ram temple. Following the controversy, the Tambaram Commissioner issued a clarification saying that other structures were also being pulled down along with the temple in accordance with the 2015 Madras High Court directive.” 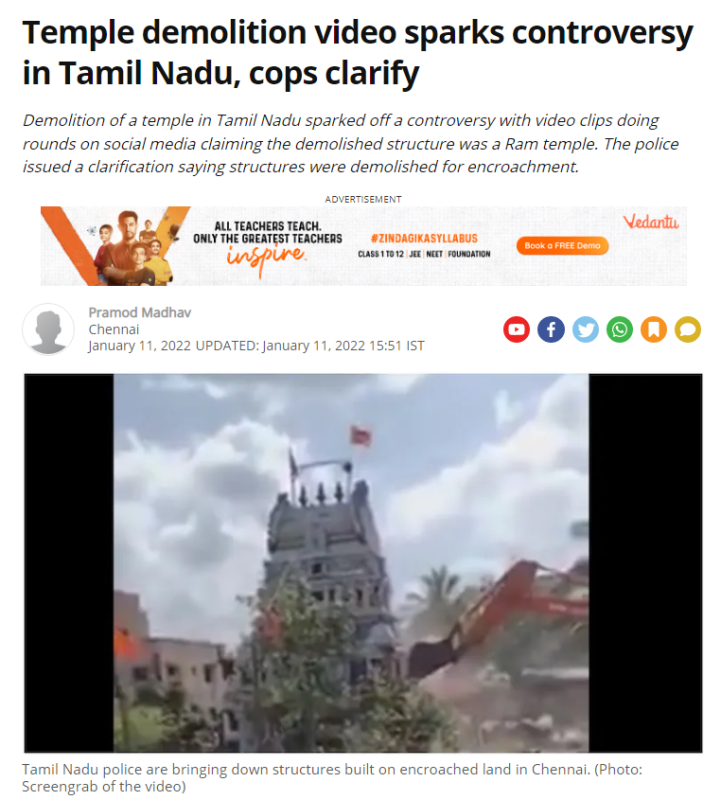 We found another news report published on January 12, 2022, that stated, “Around 20 people who protested and argued with the police were reportedly arrested and detained in a nearby community room.” The temple authority requested a time extension until April 16, 2022, but was not granted since the demolition was carried out independently. 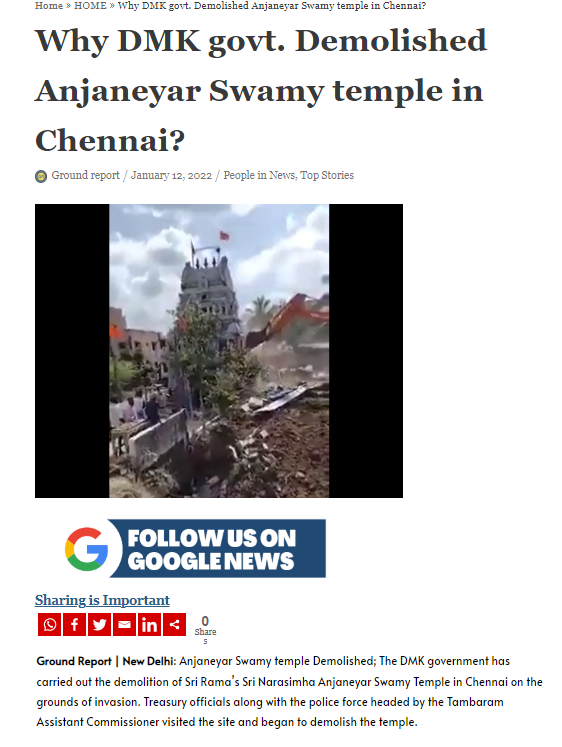 Another news article, East Coast Daily, stated that “not just the temple but also a portion of the church compound was demolished. Ravi stressed that strict action would be taken against anyone disturbing communal harmony.” 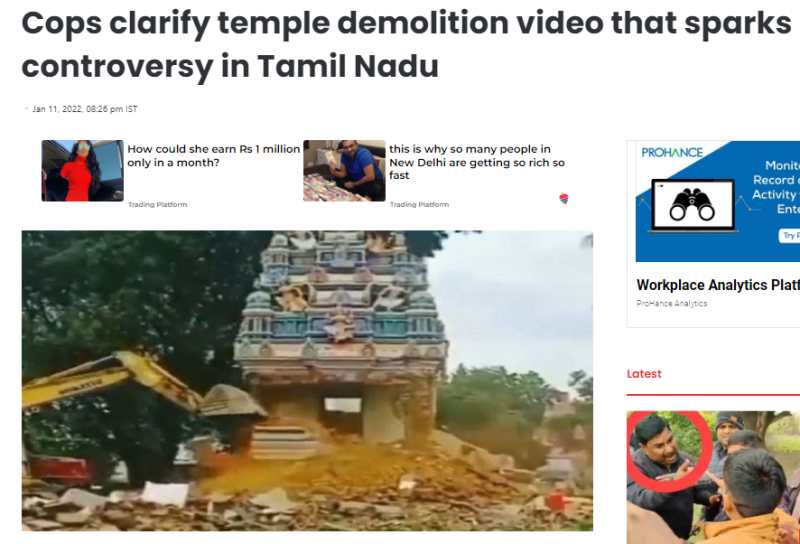 Thus, it is evident from the above information that the temple seen in the viral video was demolished as the structure was built over encroached water bodies. Therefore, the viral claim stating that the DMK government is demolishing another Hindu temple in a targeted manner is misleading.