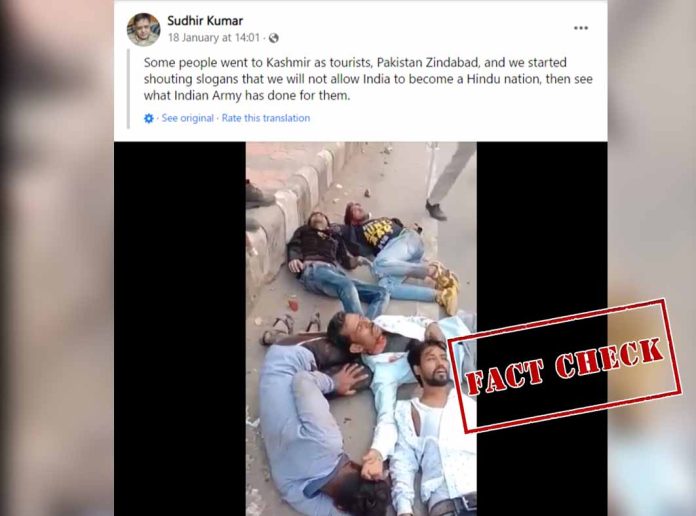 A video of a few injured people lying on the road, being forced to sing the National Anthem is being shared on social media with a claim that the video shows Indian Army personnel punishing people who raised pro-Pakistani slogans in Kashmir.

(English Translation: Some people who went to Kashmir as tourists, started raising slogans of Pakistan Zindabad, and we will not allow India to become a Hindu nation, then see what the Indian Army did for them.) 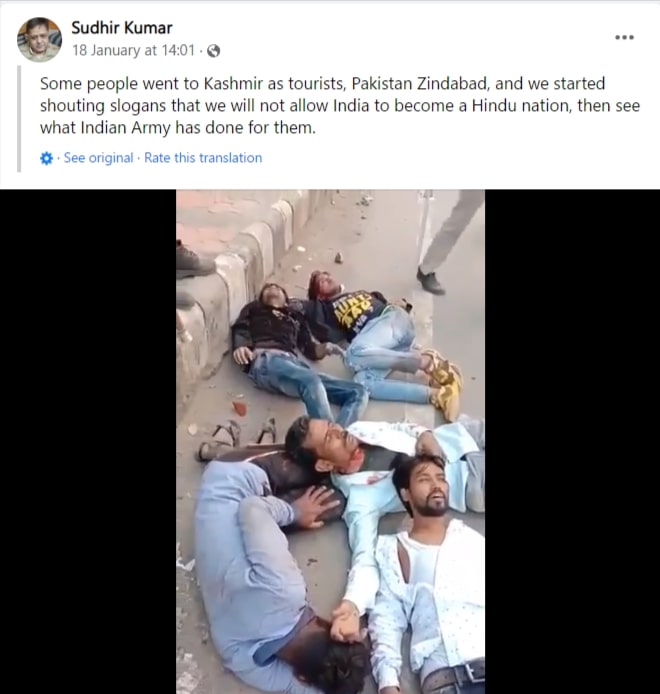 We extracted the keyframes of the video using the InVid tool and put them through Reverse Image Search. The search led us to a video report by The Wire uploaded on YouTube on August 19, 2021. “Three Policemen Who Forced Injured Men to Sing National Anthem During Delhi Violence Identified,” the video was titled.

The translation of the description read: Policemen accused in the case of forcibly making people sing the national anthem during the Delhi riots have been identified. Three policemen have been identified in this case and the police will now conduct a lie detector test of all the three accused, although till now the three accused policemen have not been arrested in this case.

Taking a hint from this, we ran another search and found teat the same video was shared by Nyoooz TV on February 25, 2020. The video was titled, “WATCH: Police force injured ‘anti-CAA’ protesters to sing national anthem.”

The Week also published a similar report on February 25, 2020, with the headline, “WATCH: Police force injured ‘anti-CAA’ protesters to sing national anthem.” The report mentioned that the incident took place in Delhi.

A report by The Indian Express from 2021 also mentioned that one of the victims identified as 23-year-old Faizan also lost his life following the incident.

Hence, from the above information, it is clear that the viral video is from the 2020 Delhi riots and has no relation with Kashmir.