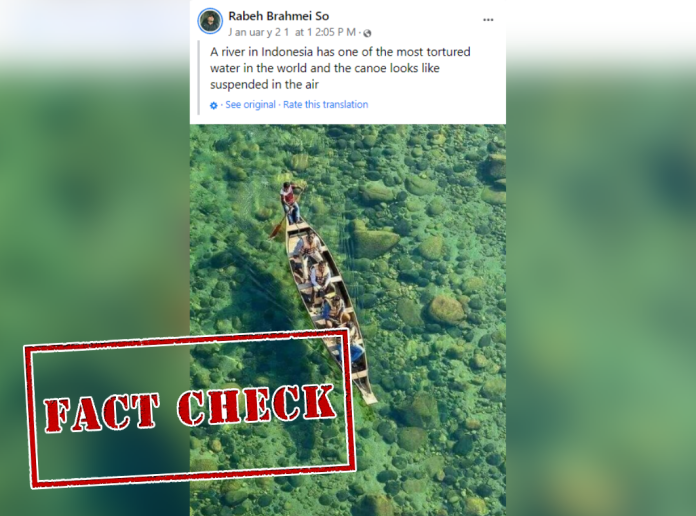 An image in which a boat can be seen floating on crystal clear waters is being widely shared on social media claiming that it shows a river in Indonesia.

The image is shared on Facebook with a caption in the Arabic language that can be roughly translated in English to, “A river in Indonesia has the freshest water in the world and the boat appears as if it was suspended in the air.” 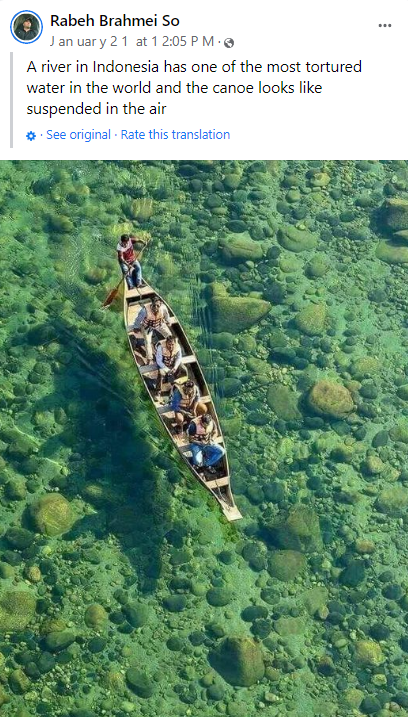 Doing a simple Reverse Image Search directed us to an article published by the Tribune India that embedded the same viral image with a tweet by the Ministry of Jal Shakti, India.

According to the tweet, the image shows the Umngot River in India, “One of the cleanest rivers in the world. It is in India. River Umngot, 100 Kms from Shillong, in Meghalaya state. It seems as if the boat is in the air; water is so clean and transparent.”

One of the cleanest rivers in the world. It is in India. River Umngot, 100 Kms from Shillong, in Meghalaya state. It seems as if the boat is in air; water is so clean and transparent. Wish all our rivers were as clean. Hats off to the people of Meghalaya. pic.twitter.com/pvVsSdrGQE

Taking a cue from this, we searched further and found that many news websites like NDTV, IndianExpress, and the Republic had also carried the same viral image stating it to be Meghalaya’s River Umngot. 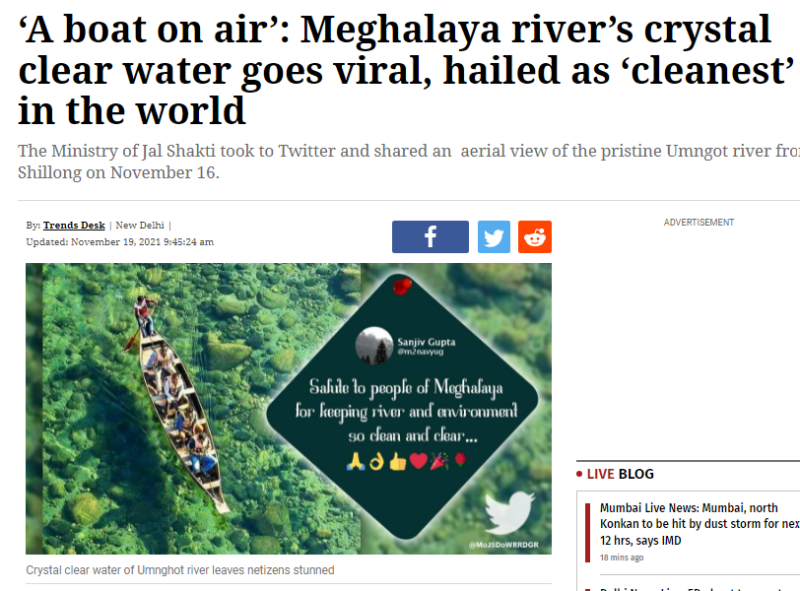 To ascertain the location of the viral image, we searched on Google Maps and found similar visuals on the maps as well.

Searching further, we found many crystal clear lakes located in Indonesia but this particular viral image is from India only. Therefore, the viral claim is misleading.