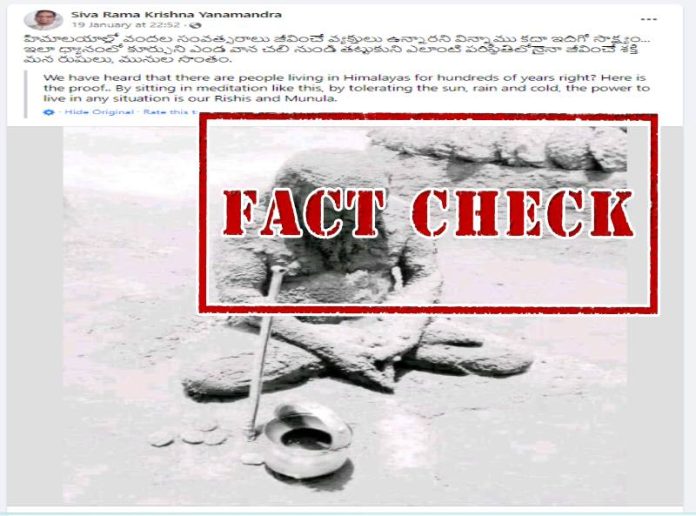 An image is widely being shared on social media with a claim that the viral image shows a monk meditating in the Himalayas for over 100 years.

(English translation: We have heard that there are people living in the Himalayas for hundreds of years right? Here is the proof… By sitting in meditation like this, tolerating the sun, rain and cold, our Rishis and Munis have the power to live in any situation.) 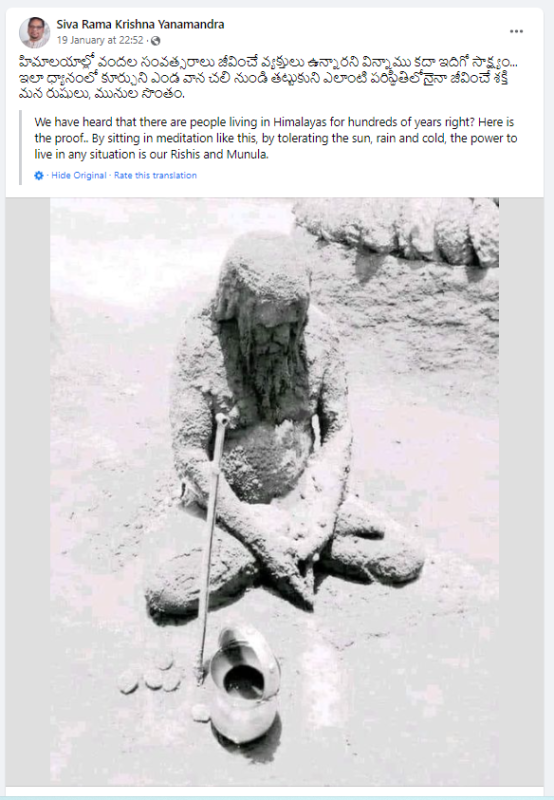 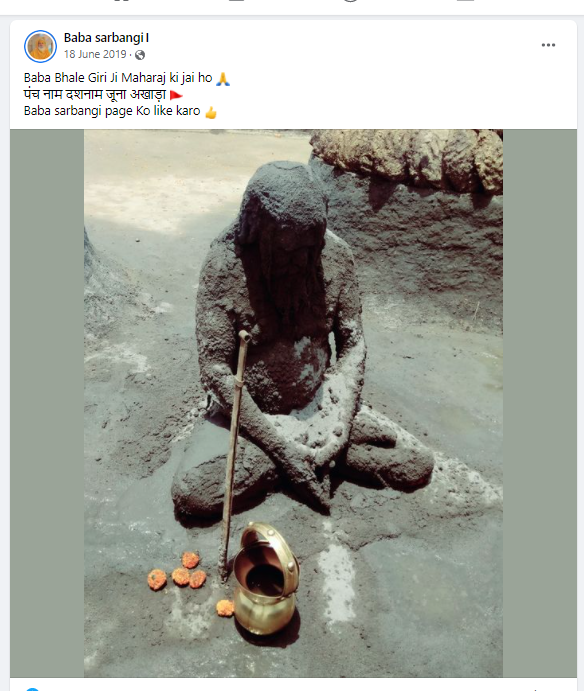 We scanned through the Facebook page, Baba Sarbangi but found no post that claims that he lives in the Himalayas. Also, the post mentions that the saint is from Juna Akhara. We found that the Juna Akahara is a group of saints that has a headquarter in Varanasi, Uttar Pradesh.

We also found a video of the ritual on the YouTube channel, Baba Sarbangi vlog, in which the saint is seen sitting in the centre of a circle with mud on his body. The video was uploaded on June 24, 2018. 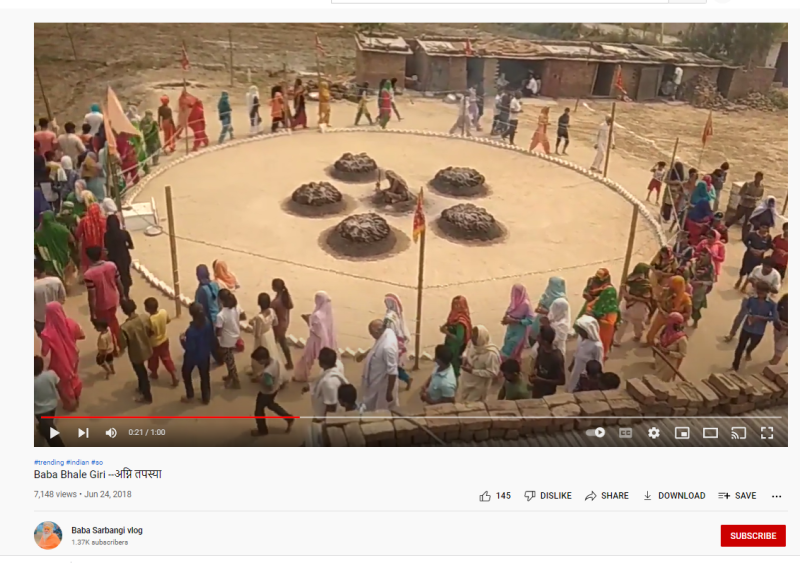 In another video, one can see the monk covering himself with mud as a part of the ritual. 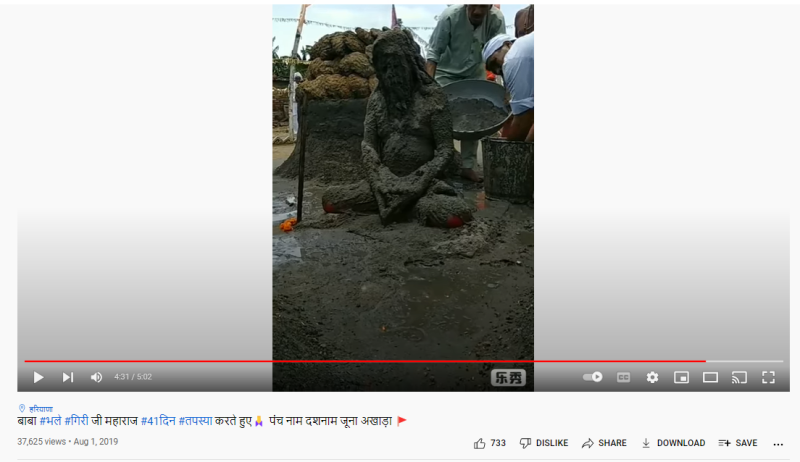 Hence, we can evidently conclude that the viral image is of Baba Sarbangi of Juna Akhara and not of a monk meditating in the Himalayas.