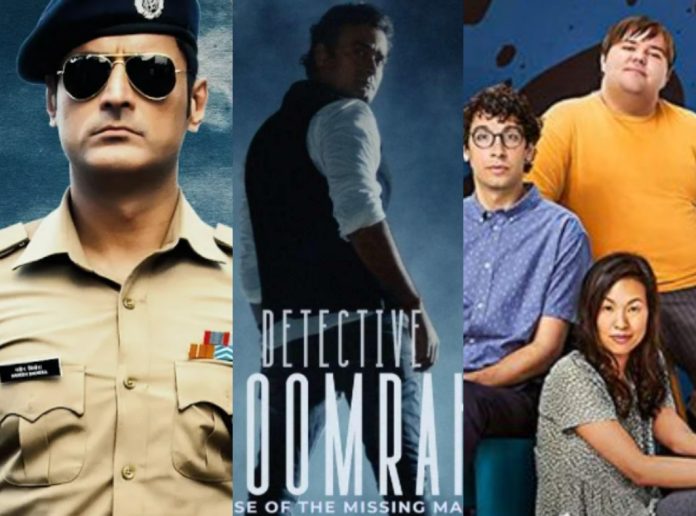 The weekend is finally here and after a long tiring week, nothing beats the idea of watching a binge-worthy series on a cosy Sunday with winter still on the way. Being a couch potato is the best way to spend your weekend so here is a list of a few shows, set to premiere this week on various OTT platforms that will provide you with an endless supply of entertainment.

Naveen Sikhera, an IPS officer, returns for a second season of the cutting-edge crime drama Bhaukaal 2. The show continues to depict how he and his troops deal with the unbridled destruction wreaked by a new power-hungry opponent in Muzaffarnagar. Mohit Raina put on the hat of a courageous officer out to break the link of crime and conspiracy. The second season of the show, which is based on true events, and in which IPS Sekera faces the consequences of his acts against the criminals in the first season of Bhaukaal. Among those who appear in the show are Bidita Beg, Siddhanth Kapoor, Pradeep Nagar, and Rashmi Rajput. Watch Bhukal 2 on MX Player, released on 20th January.

Detective Boomrah, a brand-new series on the list, is a detective thriller with a variety of cases. The detective’s first case is the care of a missing guy who arrived strangely in a locked room of a heritage hotel and afterwards leaped from the terrace to vanish in thin air. The series includes several distinctive characteristics of Indian culture, such as ‘sitar vadan’ and mythological themes. Sudhanshu Rai, a storyteller-turned-filmmaker, plays the lead in the series, which also stars Raghav Jhingran, Shobhit Sujay, Ahmad Akhlaq Azad, Abhishek Sonpaliya, Manisha Sharma, and Garima Rai. Watch Detective Boomrah on Yotube, relased on 21st January.

The highly anticipated fourth movie of Netflix original Ozark is also on the list of releases for the week. This season will have 14 new episodes. Given that the last season of the suspense drama left the viewers with many unanswered concerns, it will be intriguing to watch how the current season unfolds. The trailer’s title said, “No one gets out clean,” prompting additional suspicion about the scenario. Jason Bateman, Laura Linney, Sofia Hublitz, and Skylar Gaertner star in the series. Watch Ozark on Netflix, relased on 21st January.

As We See It

The series is made up of eight fascinating episodes that follow the journey of two roommates on the autistic spectrum. The storyline of the series, which is meant to be healthy entertainment, is how the young people fight to build a job, develop friendship, and romance. Watch on As We See It on Amazon Prime Video, released on 21st January.