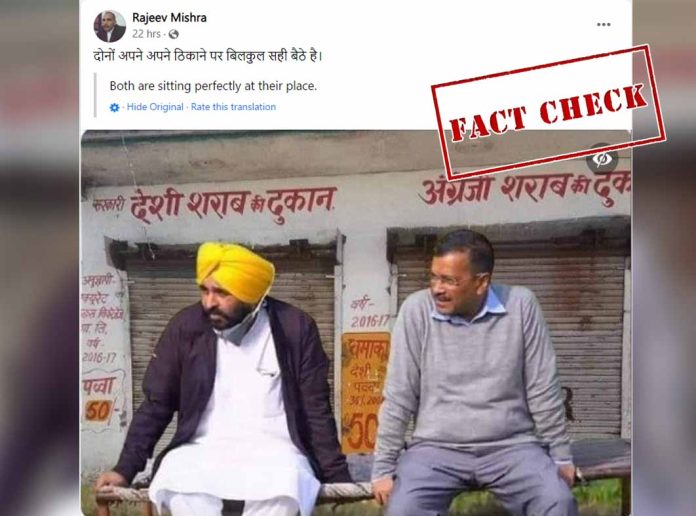 (English Translation: Both are sitting perfectly at their place.) 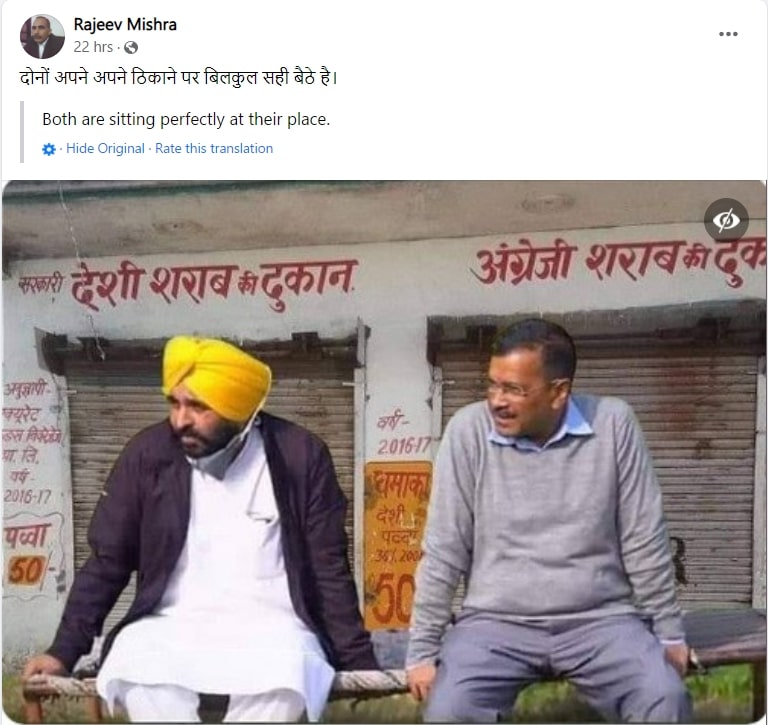 NewsMobile fact-checked the post and found that the image is photoshopped.

A Reverse Image Search on the image directed us to the original picture of the shop which was uploaded in an article by Patrika. 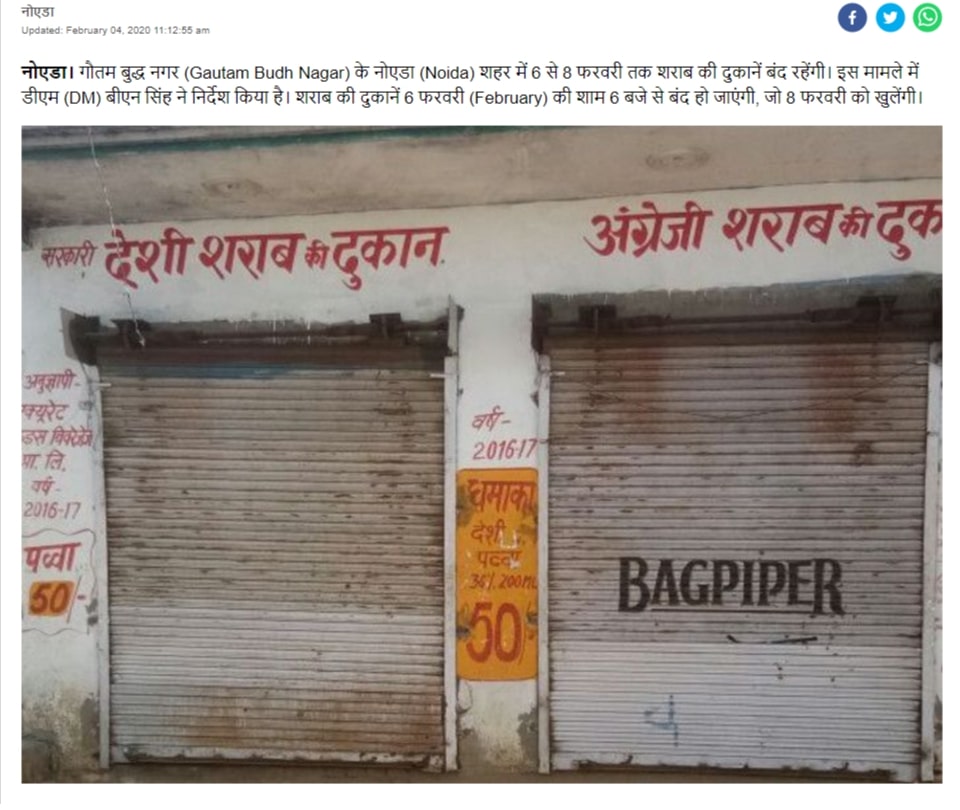 The same image was also featured in an article by Navbharat Times dated November 2020. However, in the original image, Arvind Kejriwal and Bhagwant Mann were not present.

We then cropped the pictures of Kejriwal and Mann from the viral image and ran it through another Reverse Image Search. The search led us to a video, uploaded on the YouTube channel of AAP on January 14, 2022. 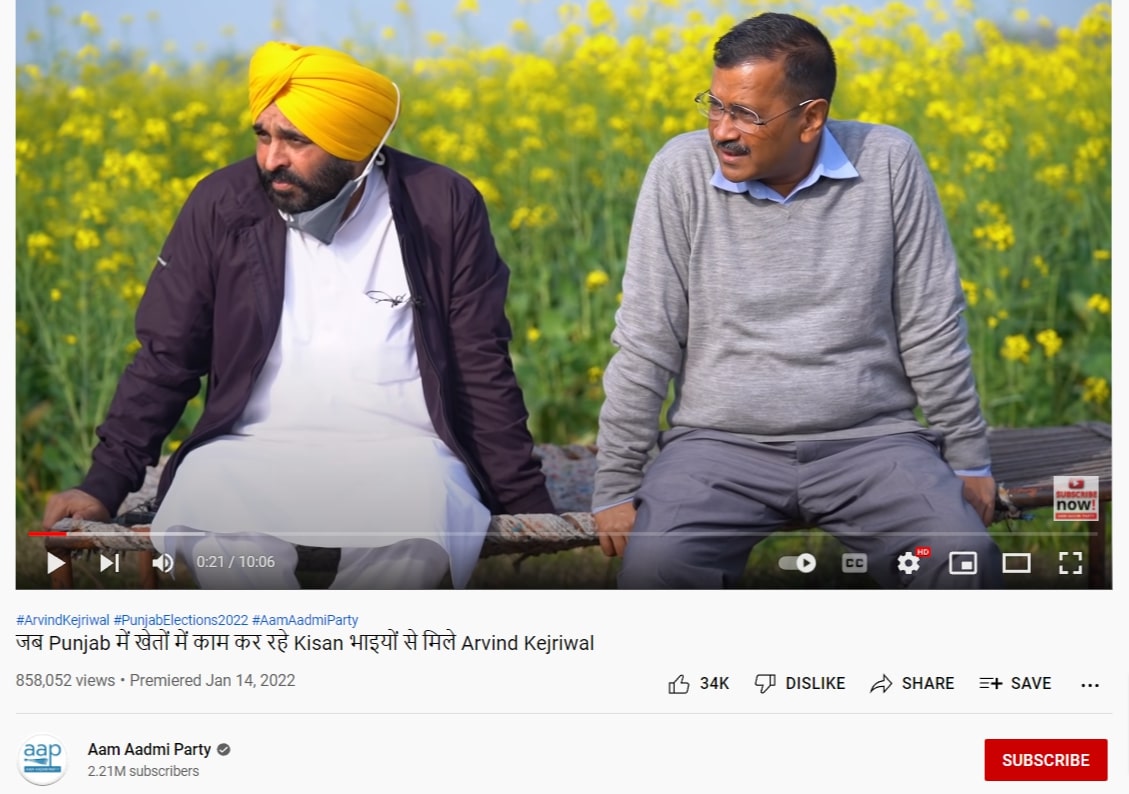 We ran a search and found a report by The Print stating that ‘Arvind Kejriwal and the party’s Punjab unit chief Bhagwant Mann met some farmers in Punjab Chief Minister Charanjit Singh Channi’s constituency Chamkaur Sahib’ on January 14, 2022. Economic Times and The Tribune reported the same.

We also made a collage of the original and viral image with clearly shows that the viral image has been created using two separate pictures.

Hence, from the above information, it is clear that the viral image is fake.