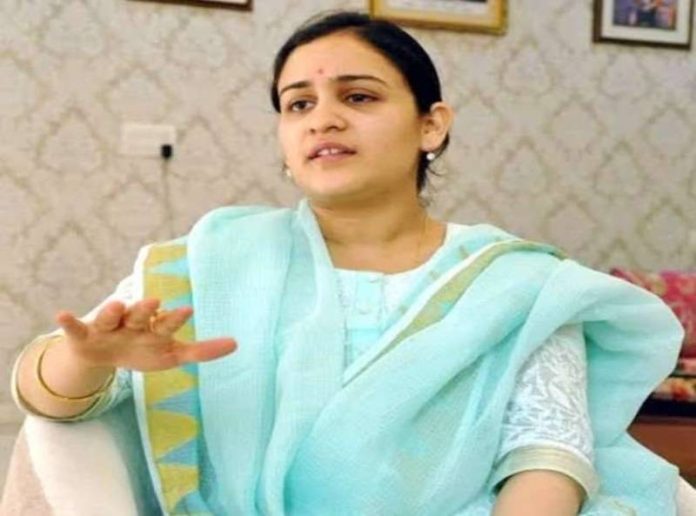 “I am very thankful to BJP. The nation always comes first for me. I admire PM Modi’s work,” said Aparna Yadav after she joined the party at BJP headquarters in Delhi ahead of state Assembly polls. “I have also been influenced with BJP’s works and schemes including Swachh Bharat mission, welfare of women, employment. I will work in my fullest capacity,” she added.

Aparna is the wife of Mulayam Singh Yadav’s younger son Pratik. They got married in 2011.
For the forthcoming assembly elections, Aparna has sought a ticket from the Lucknow Cantt assembly seat, as per sources.

Notably, Aparna made her political debut in 2017 assembly elections in the state by contesting from the Lucknow Cantt seat. However, she was defeated by BJP’s Rita Bahuguna Joshi, who had secured nearly 63,000 votes.

Besides polictics, Aprna runs an organisation named ‘bAware’ for the welfare of women. She also runs a shelter for cows in Lucknow.

In the past as well, she has praised BJP’s initiatives in the state and had also donated Rs 11 lakh for the construction of the Ram Temple in Ayodhya.