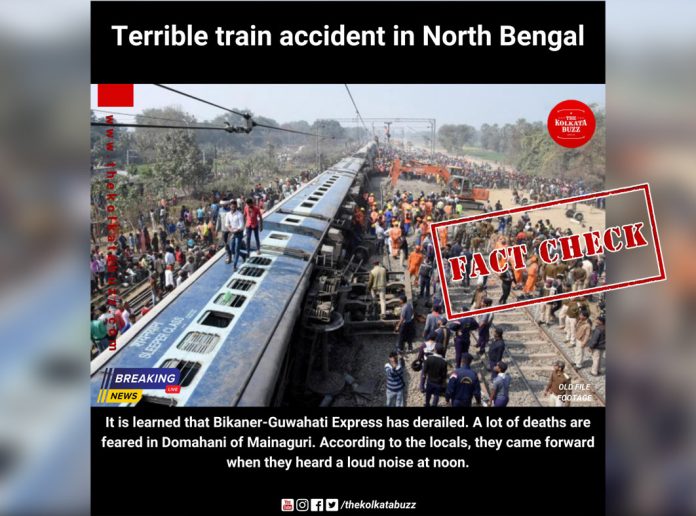 A least nine people lost their lives and 36 others injured after the Guwahati-Bikaner Express derailed near the Maoynaguri in West Bengal’s Jalpaiguri district on January 13, 2022. Soon after, a picture started doing rounds on social media claiming to be of the accident.

The image was shared with the embedded text: “Terrible train accident in North Bengal. It is learned that Bikaner-Guwahati Express has derailed. A lot of deaths are feared in Domahani of Mainaguri. According to the locals, they came forward when they heard a loud noise at noon.” 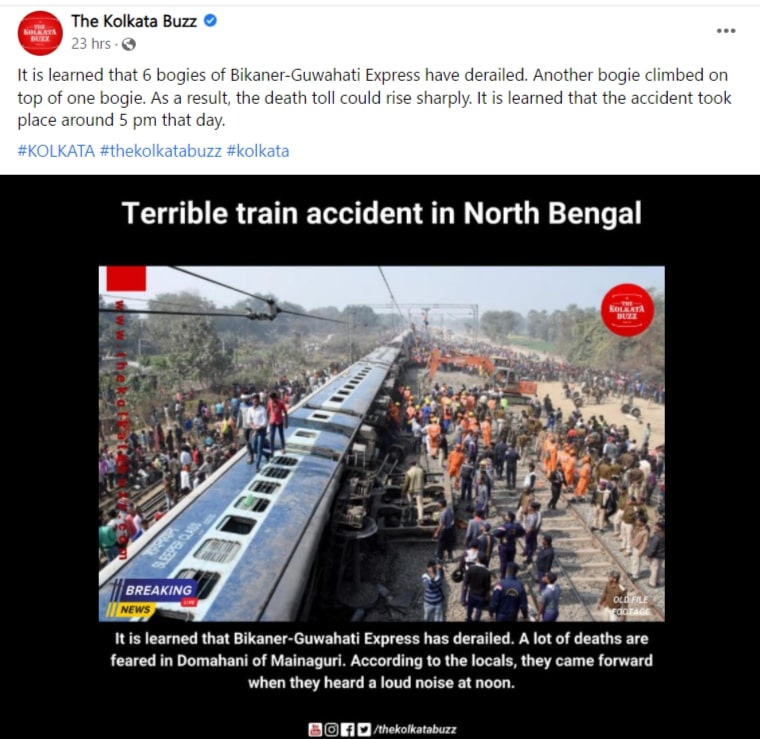 A simple Reverse Image Search on the image led us to an article by The Guardian from February 2019, which featured a video with similar visuals.

The report mentioned that “Seven passengers are reported to have been killed and several others injured when a Delhi-bound train derailed in India’s eastern state of Bihar, railways officials have said.” 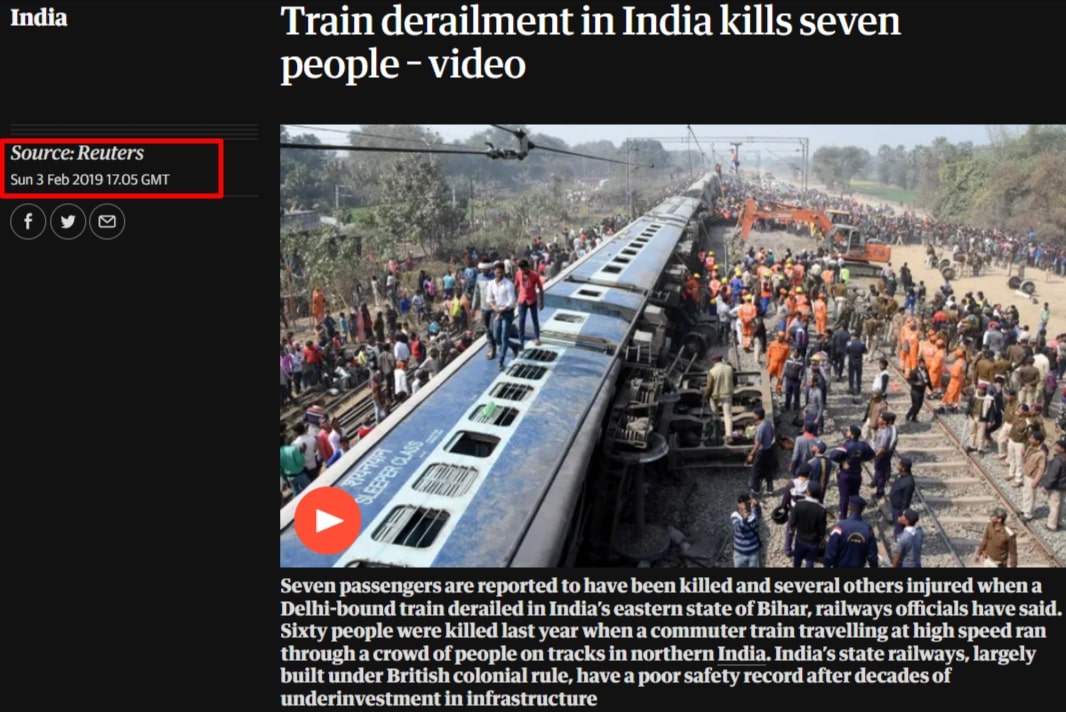 The same image was also featured in an article by TOI dated February 4, 2019. The report mentioned that several bogies of the Delhi-bound Seemanchal Express derailed at Sahadai Buzurg railway station in Bihar on February 3, 2019. 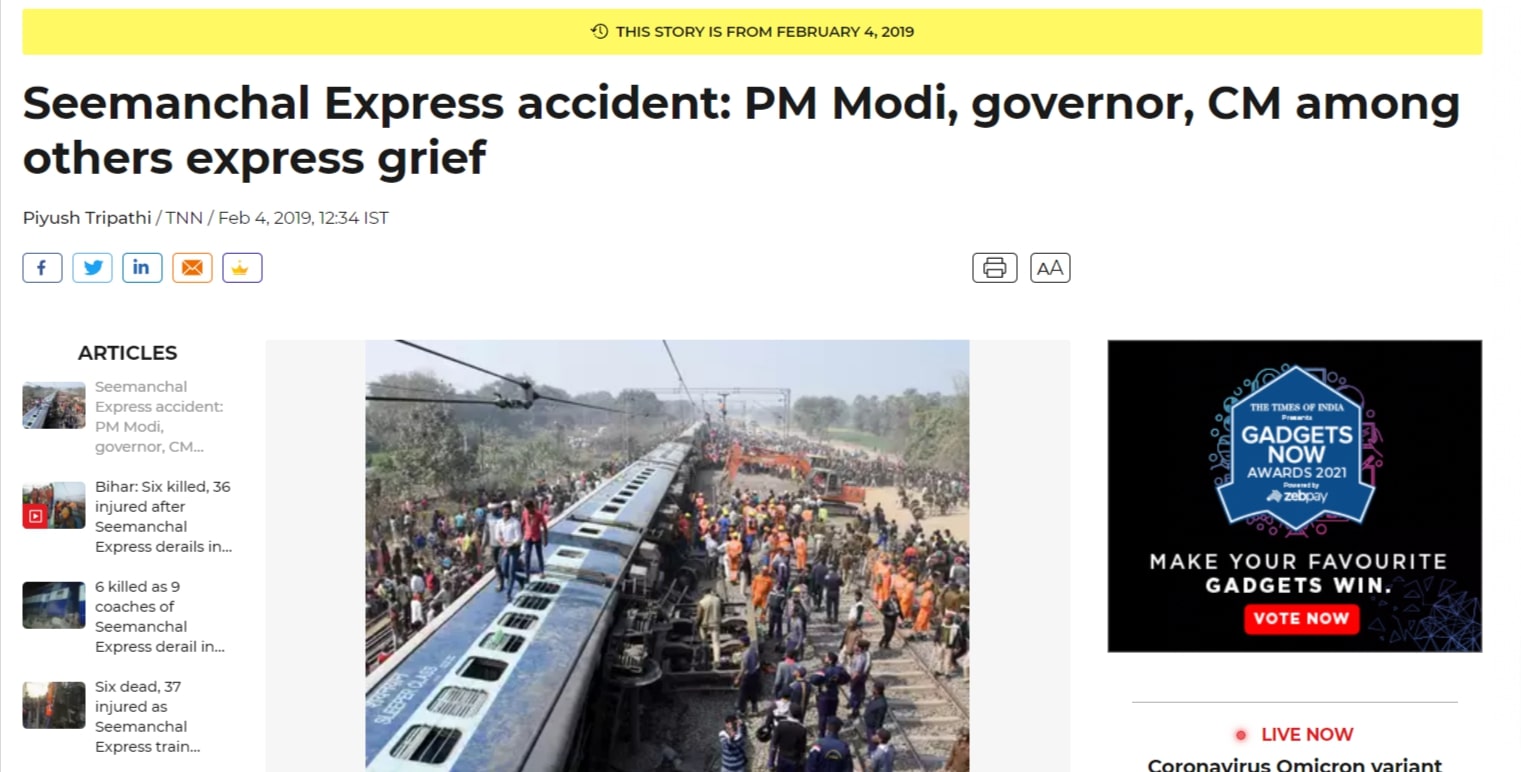 Thus from the above information it is clear that even though Guwahati-Bikaner Express derailed near the Moynaguri town on January 13, 2022, the viral picture in circulation is old.