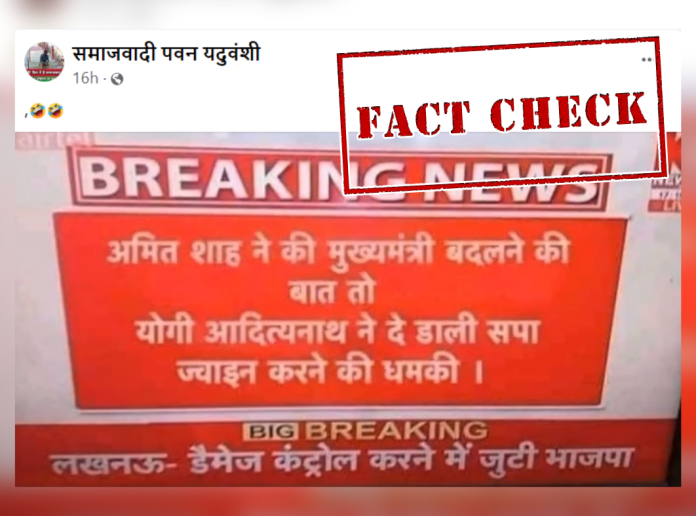 With Uttar Pradesh assembly elections round the corner, political maneuvering is at its peak. Of late, some leaders have left BJP and joined Samajwadi Party.

In this backdrop, screenshot of a report aired on a news channel is being widely shared on social media with a claim that since Amit Shah talked about changing UP’s Chief Minister, Yogi Adityanath threatened to join the SP if he was removed. 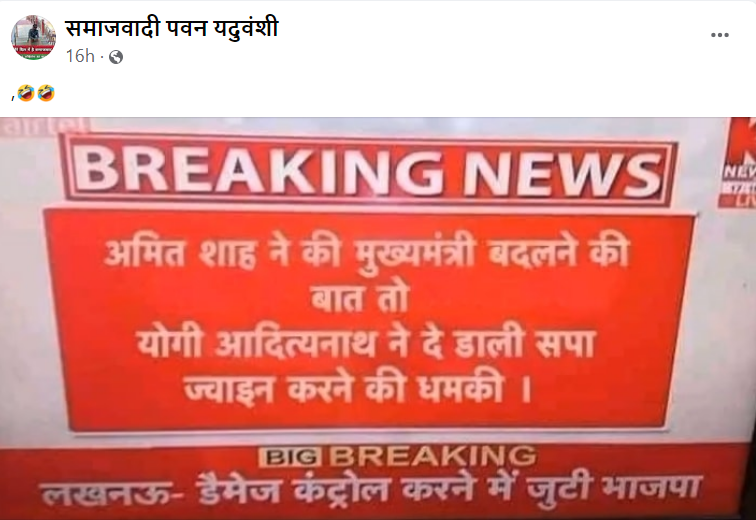 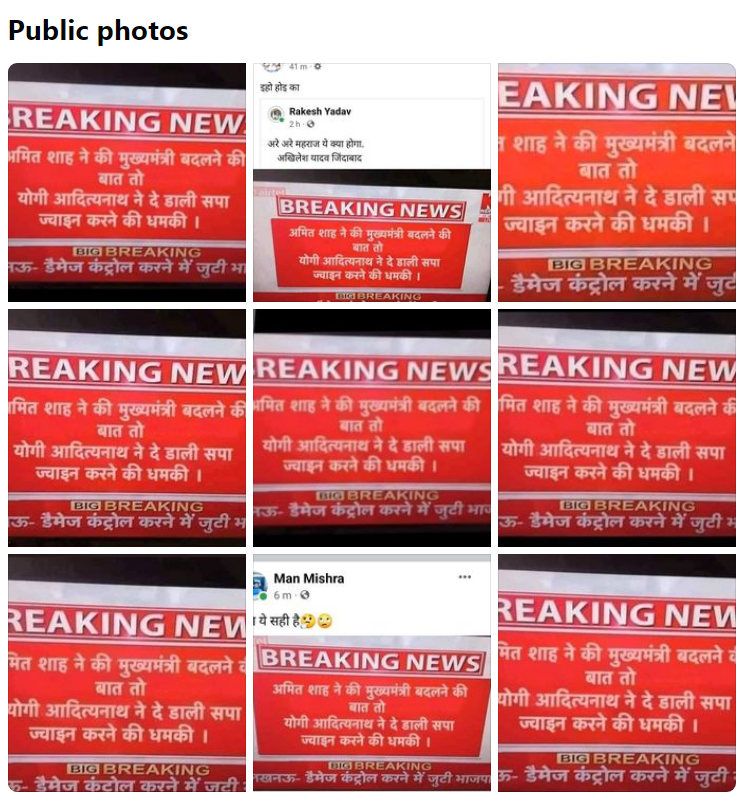 Starting with our investigation, we did a keyword search but could not find any credible media report corroborating the viral claim. If Yogi Adityanath had made such a statement, it would have been widely covered by media.

Since the purported graphic had the logo of nNews, we then searched for its official website and scanned through its YouTube channel, but could not find any such news report.

Searching further, we found a tweet uploaded on the official handle of Knews in which it was clarified that “the above news which is going viral in the name of Knews, Knews has nothing to do with this news, those who damage the image of a respected channel by this fake news are eligible for penal action.”

We then compared the viral image with an original screenshot of Knews report and found many dissimilarities in the colour scheme and font style.

Thus, it is evident from the above information that the viral screenshot is morphed.