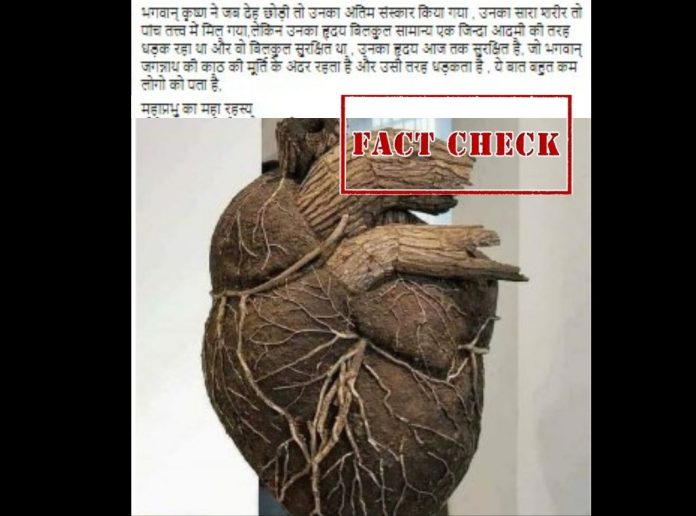 An image of a large wooden heart is going viral on social media. It is being claimed that this is Lord Krishna’s heart which is kept safely inside Lord Jagannath’s idol at the Jagannath Temple in Odisha.

A Facebook user shared the image with a long caption in Hindi whose first few lines read: “When Lord Krishna left the body, he was cremated, his whole body was found in five elements, but his heart was beating like a normal living man and he was safe, his heart is safe till today, which is of Lord Jagannath. Lives inside a wooden statue and beats like that, very few people know this,….” 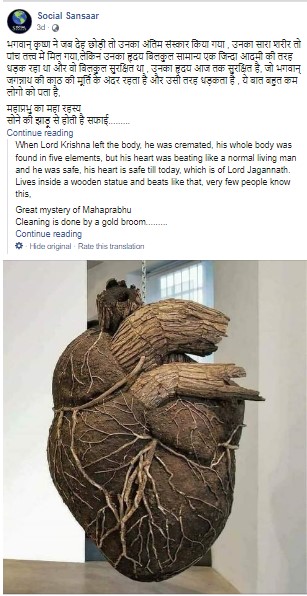 The same image is also doing rounds on Twitter with the same claim.

In the picture, a gigantic wooden heart can be seen tied to a chain.

NewsMobile fact-checked the viral image and found it to be shared with a false claim.

On performing Reverse Image Search, we found this image on France’s Ministry of Culture website. As per description, the wooden heart is actually an artwork by Dimitri Tsykalov, a Paris-based artist. Dimitri is well-known for his creative artwork of different parts of the body.

“Born in 1963 in Moscow, Russia. From 1982 to 1988 studied Graphic Arts at the Polygraphic Institute of Moscow, and worked in parallel drawing and painting in the workshops of the Moscow painters L. Lamm and A. Jilikov. Since 1991 lives and works in Paris,” Tsykalov’s description reads. 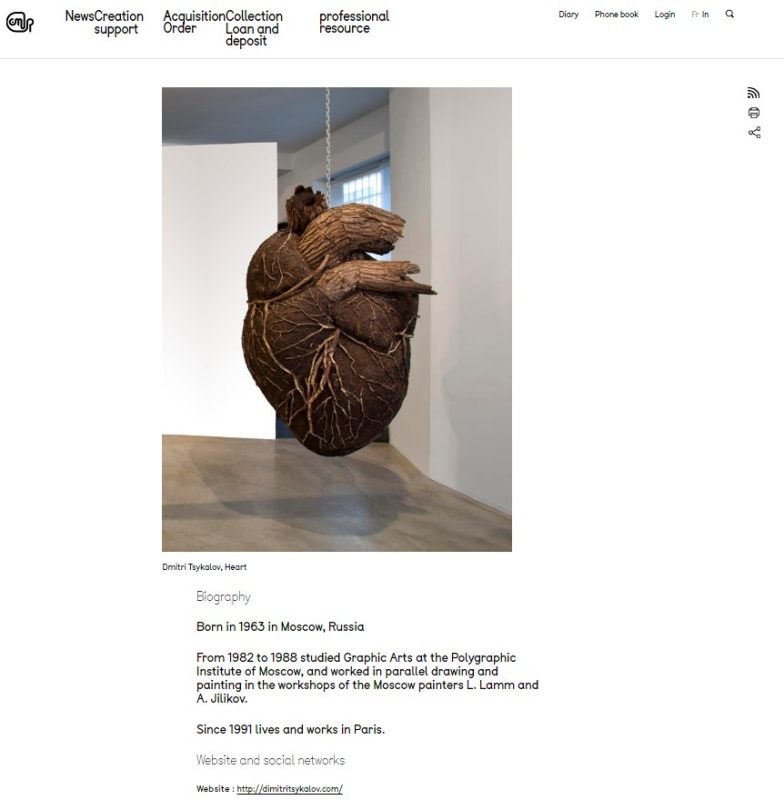 At the bottom, one can see the link to Dmitri Tsykalov’s website where the same artwork is also featured. 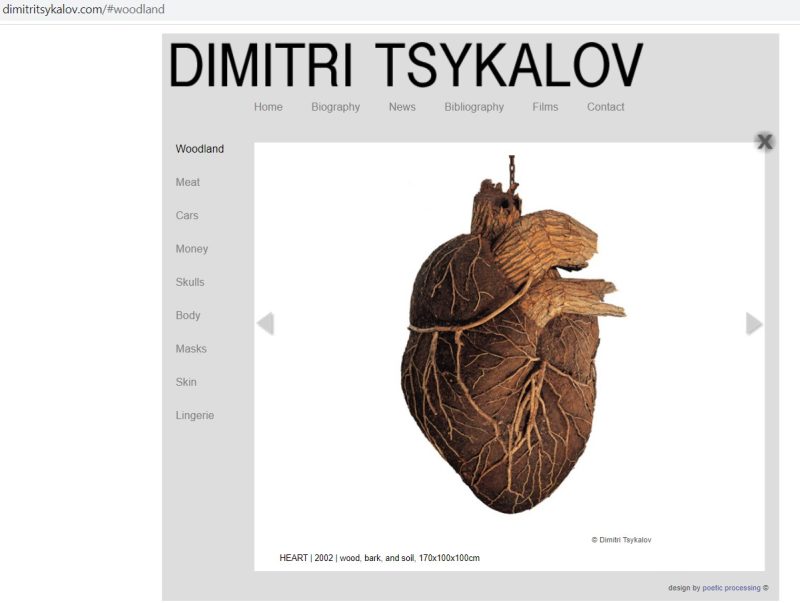 According to popular belief, Lord Krishna’s heart didn’t turn to ashes when his last rites were performed as per Hindu rituals and is still present inside Lord Jagannath’s idol in Puri in Odisha. Nobody has ever seen that heart.

Therefore, it can be concluded that an image of an artwork by an artist in France is being falsely shared to show Shri Krishna’s heart in Lord Jagannath’s idol in Puri.