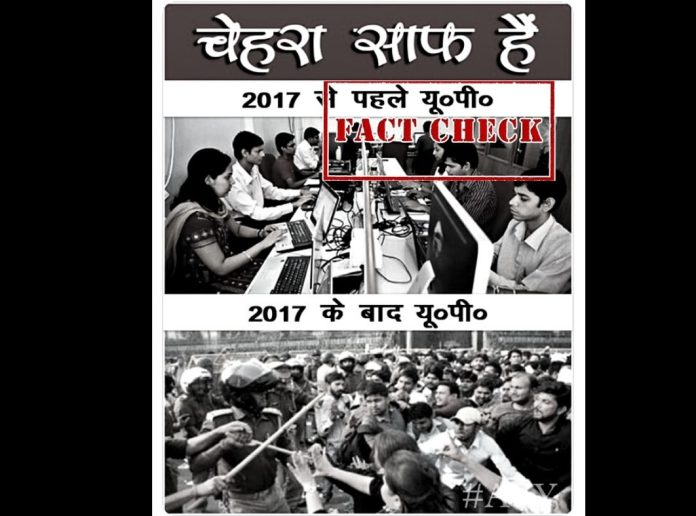 Ahead of the upcoming assembly elections in Uttar Pradesh, political parties are leaving no stones unturned to woo the voters. In this backdrop, two pictures have surfaced on social media platforms to purportedly show UP before Bharatiya Janata Party came to power in 2017, and another to show how the situation changed post 2017.

A Facebook user shared the collage with a caption in support of Samajwadi Party leader Akhilesh Yadav in Hindi that roughly translates to: “It is amply clear, Akhilesh is coming.” 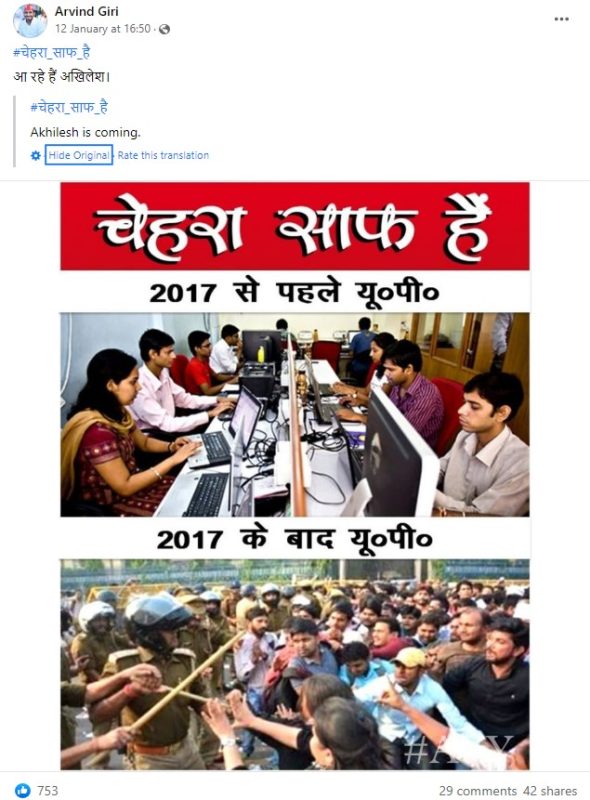 The post was originally shared by the official page of Samajwadi Party’s social media cell. 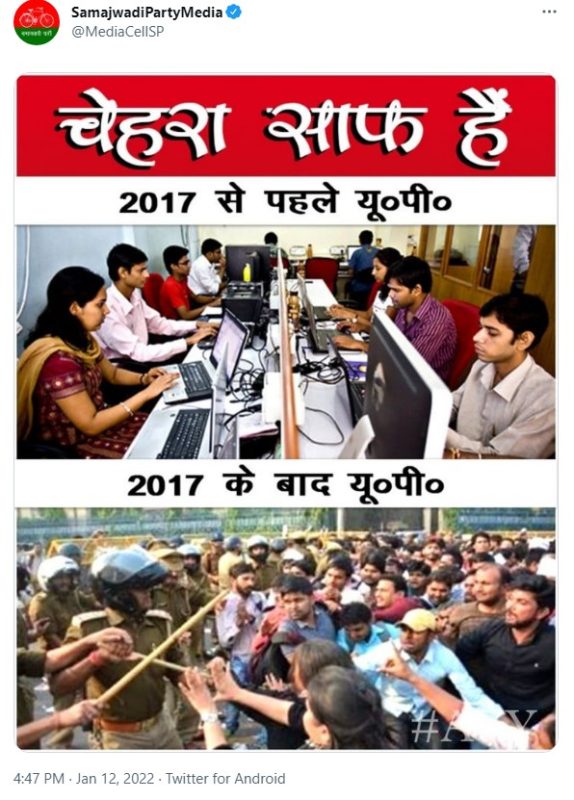 The post shows two pictures in the post. The first picture is of an office where some people can be seen working on laptops and computers to show how Uttar Pradesh was before 2017 when Akhilesh Yadav’s government was in power. In the second photo, some policemen can be seen resorting to lathi charge on a group of youth when BJP government came to power in UP.

NewsMobile fact-checked the viral image and found it to be misleading.

While it is true that one photo in the collage is of Yogi’s tenure but the other one has nothing to do with Uttar Pradesh under Samajwadi Party.

With the help of Reverse Image Search, we found the first image uploaded on the stock images website ‘Getty Images‘. As per the caption, the image dates back to August 2011 and shows some software programmers working in an office in Mumbai.

“Software programmers work on computers as they develop applications at the MoFirst Solutions Pvt. office in Mumbai, India, on Saturday, Aug. 20, 2011. MoFirst is tapping India’s next wave in outsourcing, with thousands of programmers that charge a fraction of Silicon Valley prices to capitalize on demand for programs for Apple Inc.’s iPhone and devices running Google Inc.’s Android software. Photographer: Kainaz Amaria/Bloomberg via Getty Images,” reads the caption.

Hence, it is clear that the picture does not have any connection to Uttar Pradesh.

On performing Reverse Image Search, we found this image carried in an article by Gaon Connection on November 3, 2018.  As per the article, the image shows police resorting to lathi charge on BTC candidates who were protesting in front of the Vidhan Bhavan in Lucknow. Dozens of candidates were injured during the incident. 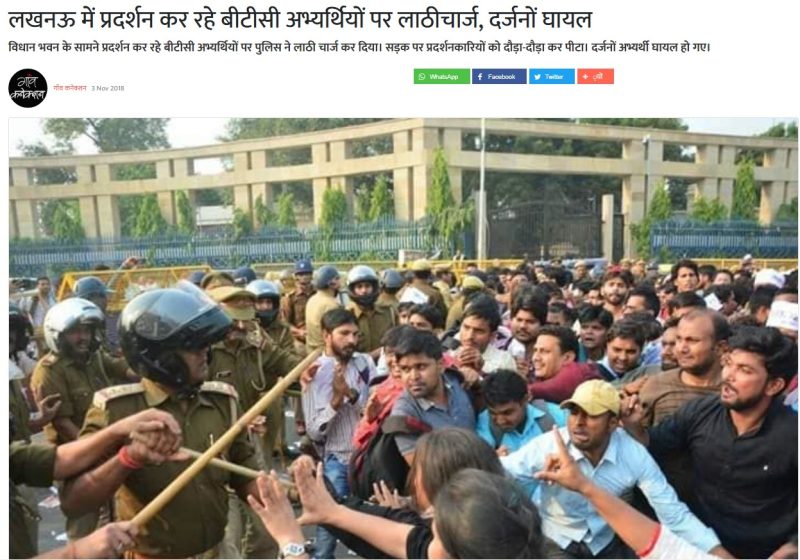 Congress leader Rahul Gandhi also shared some images from the incident including the one that is used in the collage, criticizing BJP government in the state. 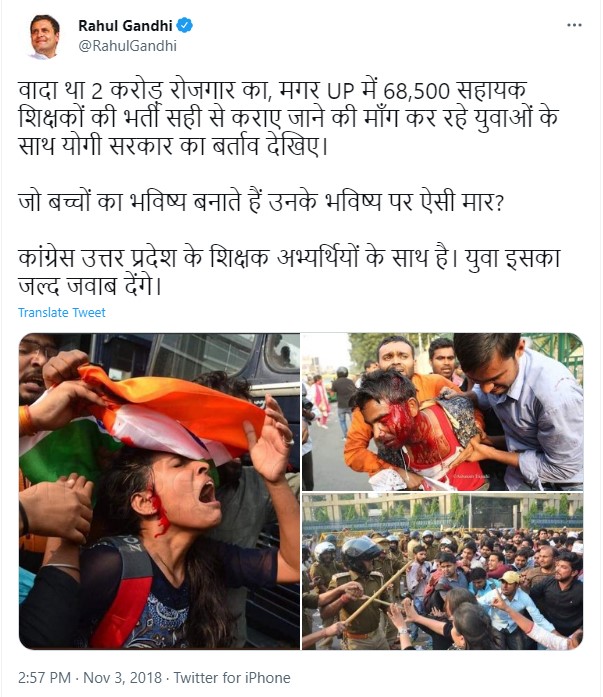 Therefore, it can be concluded that one image used in the viral collage to show the situation in UP before BJP came to power in the state has nothing to do with the state and is in fact a photograph from an office in Mumbai.