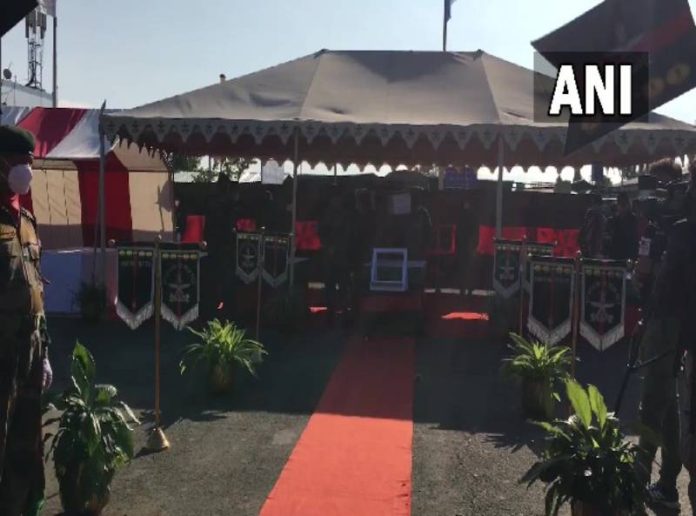 “Indian agencies have also been in touch with Myanmarese forces for taking action against the groups like the terrorist group People’s Liberation Army which was involved in the killing of an Assam Rifles Colonel and his family some time ago,” they said.

The Indian military has also been in touch with Myanmar military government in this regard and they had recently handed over five anti-India insurgents to the Indian agencies who were brought in in a special aircraft, the sources said.

Details about the casualties caused to insurgent groups in the Myanmarese action are still awaited, the sources said.

Five personnel including an Assam Rifles Commanding Officer in a terrorist attack in Manipur on November 13 last year.

The Commanding Officer (CO) of 46 Assam Rifles Colonel Viplav Tripathy, his wife and 8-year-old son and four soldiers were killed in an ambush by terrorists near the India-Myanmar border in Manipur. Four other soldiers sustained injuries in the attack in Churachandpur district in Manipur.

Earlier, India carried out a surgical strike against the anti-India insurgent groups involved in an ambush against a Dogra regiment battalion in which around 20 troops lost their lives.