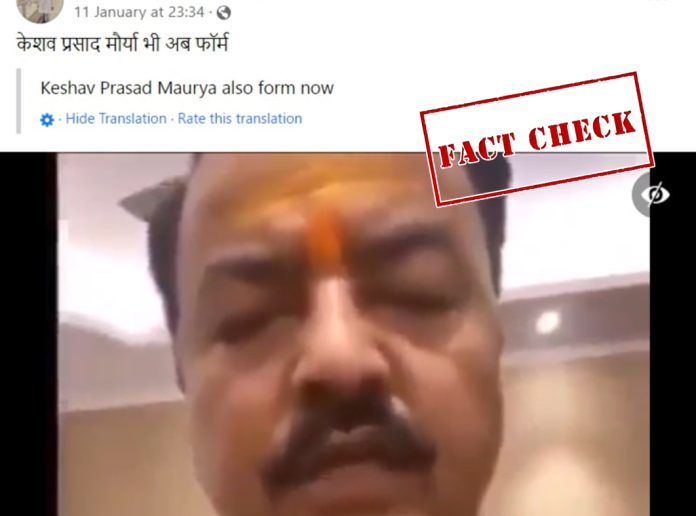 A video of Uttar Pradesh Deputy Chief Minister Keshav Prasad Maurya is going viral on social media. In the video, he can be heard saying people of this country know that till the time Narendra Modi is our Prime Minister, farmers and citizens of the country cannot be benefitted. 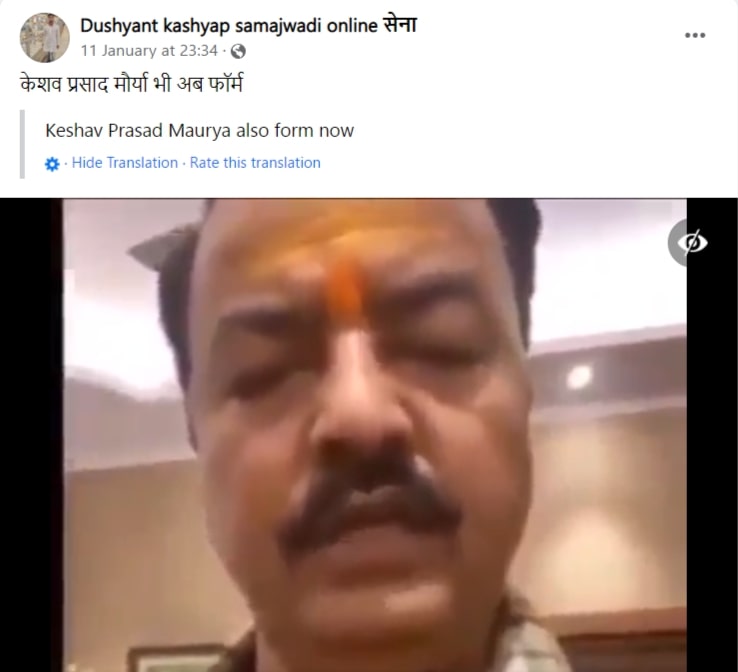 We ran a keywords search and found a video report by Jantantra TV, uploaded on Twitter on February 4, 2021. The report mentioned that the viral video is edited and fake. 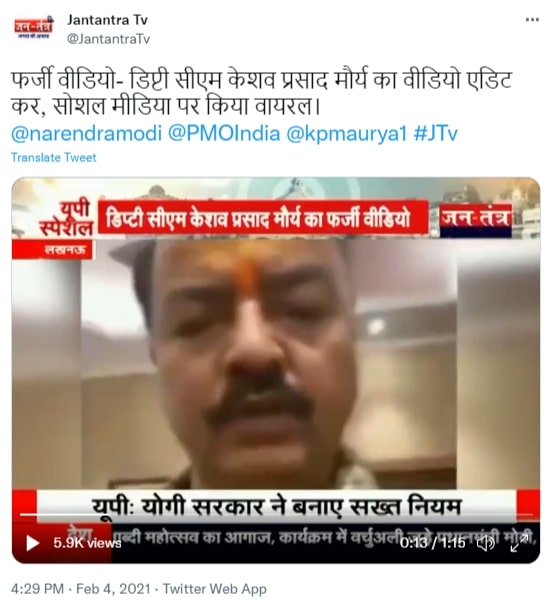 A Reverse Image Search on keyframes of the video led us to the same video that was streamed live on Keshav Prasad Maurya’s Facebook page on February 3, 2021.

At 1 minute 10 seconds, Keshav Prasad Maurya can be heard saying that till PM Modi is in power, neither the country can be harmed nor the farmers will ever be harmed.

We also found multiple reports from February 2021, stating that after the video went viral in 2021, advocate Gaurav Dwivedi of Allahabad High Court in Prayagraj filed a case under the IT Act and demanded strict action against the accused. Read the reports here and here. 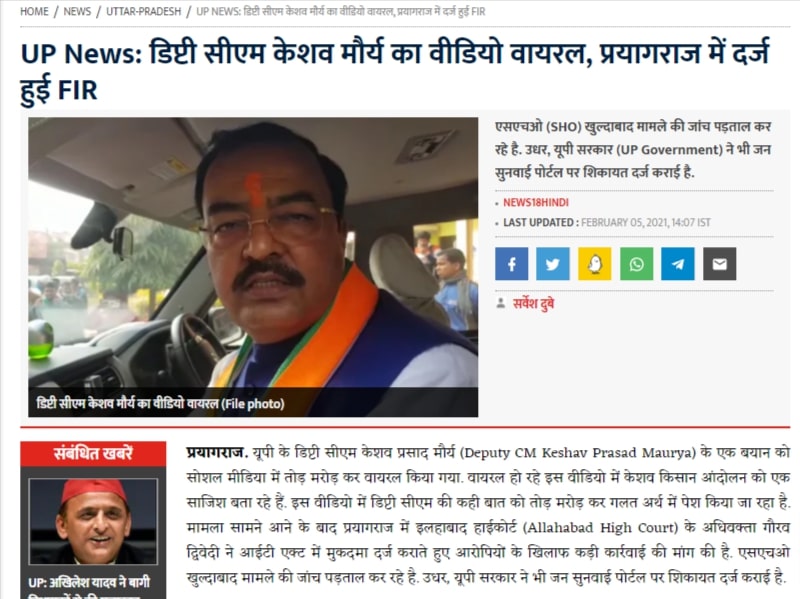 Hence, from the above fact check, it is clear that the viral video is being shared with a misleading claim.