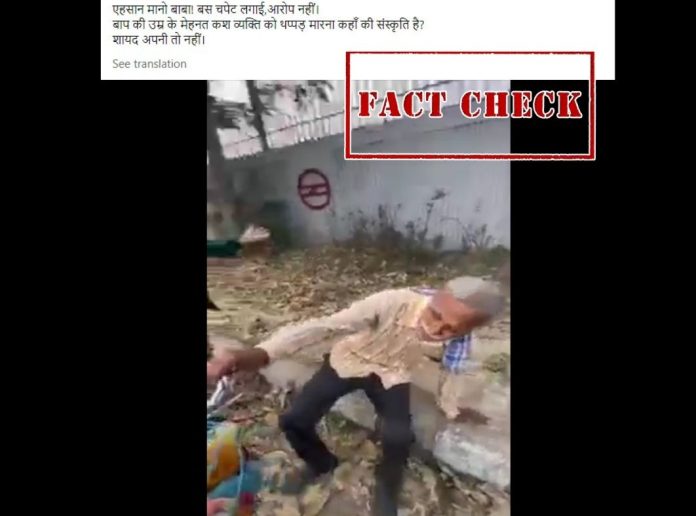 A video is going viral on social media in which a girl can be seen arguing and misbehaving with an elderly rickshaw puller. The video further shows some boys entering the frame and enquiring about the situation. Several social media users are now sharing the video highlighting the girl’s misbehavior with the old man.

A Facebook shared the video with a caption in Hindi that roughly translates to: “Consider it as favor baba that just got slapped, not blamed. Whose culture is this of slapping a hard-working person who is the same age as your father? Maybe not ours/” 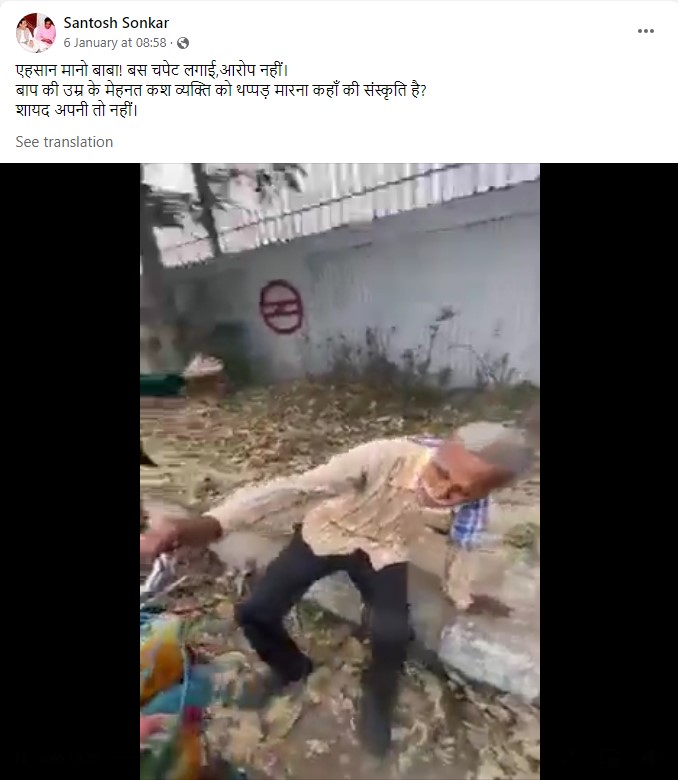 The video is doing rounds on Twitter with the same claim.

With the help of Reverse Image Search, we found a longer and better quality video uploaded on a Facebook page named ‘Raju Bharti’ on December 15, 2021. The complete video shows two boys helping the elderly rickshaw puller.

As per the description, the video is scripted and has been made for awareness purposes. “This page features fictional videos; All characters appearing in the video are fictitious. The videos made are inspired by true events and are made with a motto to spread social awarness. We anyhow don’t mean to defame, disrespect any religion, caste, nationality, sex, gender or any individual in any manner, (sic)” reads the message.

‘Raju Bharti‘ is a video creator and uploads several scripted videos on Facebook. 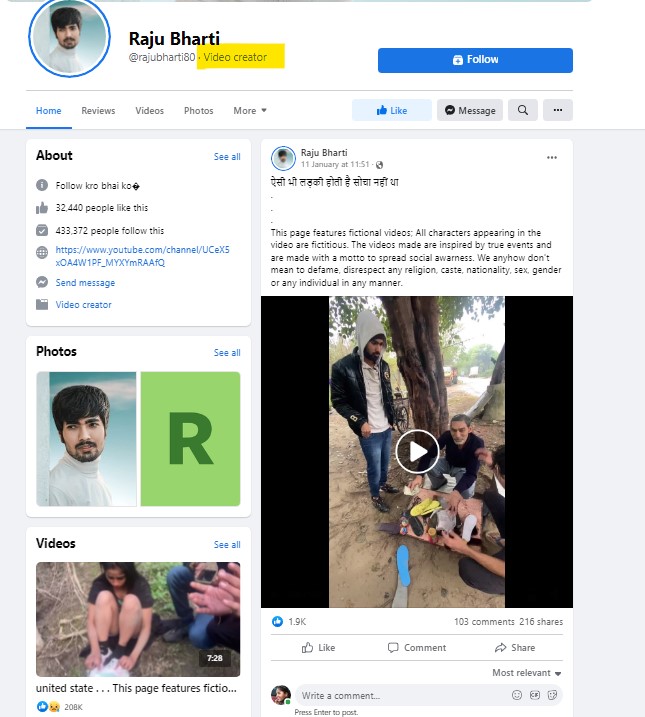 Earlier too, NewsMobile had fact-checked similar ‘awareness’ and ‘educational’ videos which went viral with false claims. Here are some of the other claims that we debunked;

Therefore, a video made for awareness purposes is being falsely shared as a real one.