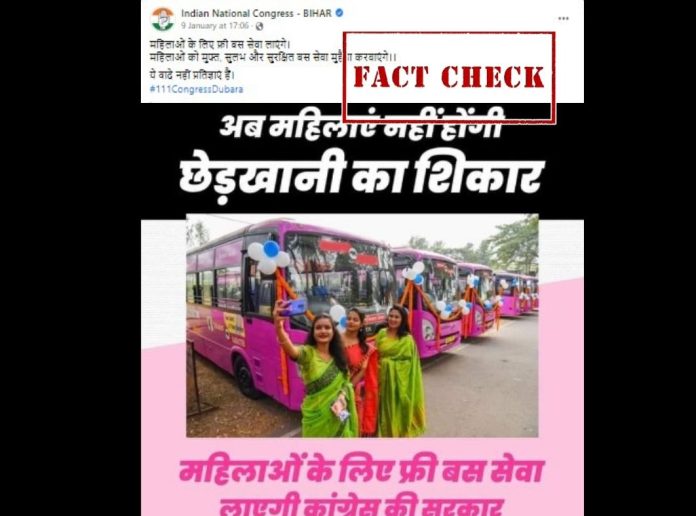 Ahead of assembly elections in five states, all political parties are campaigning in full swing. In this backdrop, Congress shared a photo of a pink bus with some women clicking selfies with it, as part of their campaign promise.

A Facebook user shared the image with a caption in Hindi that roughly translates to: “Now women will not be the victims of molestation. Congress government will bring free bus services for women. These are commitments, not promises.” 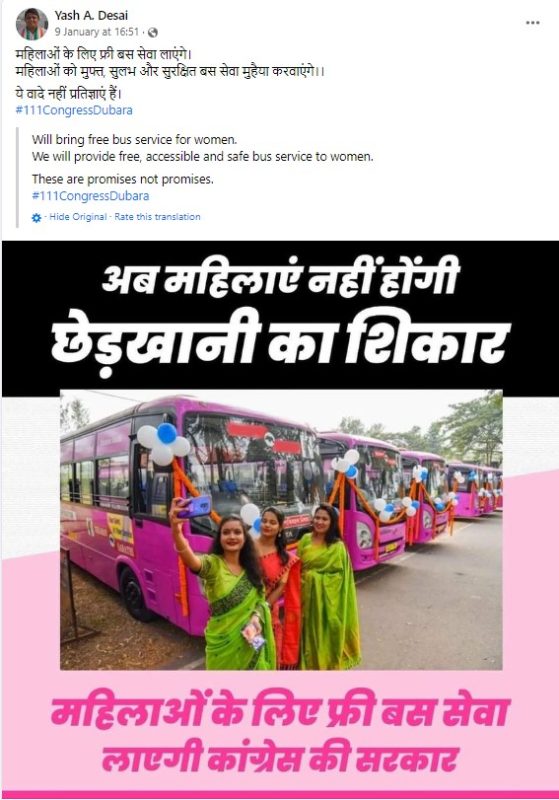 The image was originally shared on Congress’ pages including that of the Bihar wing of the party. 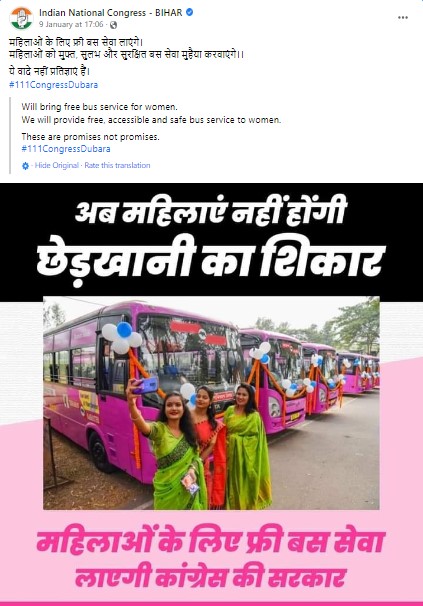 The same image is also being shared on Twitter with the same caption.

NewsMobile fact-checked the viral image and found it to be misleading as the pink bus seen in the image was a part of bus services launched by the Bharatiya Janata Party led government in Assam in January 2021.

With the help of a Reverse Image Search, we found the image published on the website OutlookIndia.com with the caption, “Women take selfies during the launch of pink city buses for women and senior citizens under the Bhraman Sarathi scheme, at Khanapara in Guwahati.” The image was credited to news agency PTI. 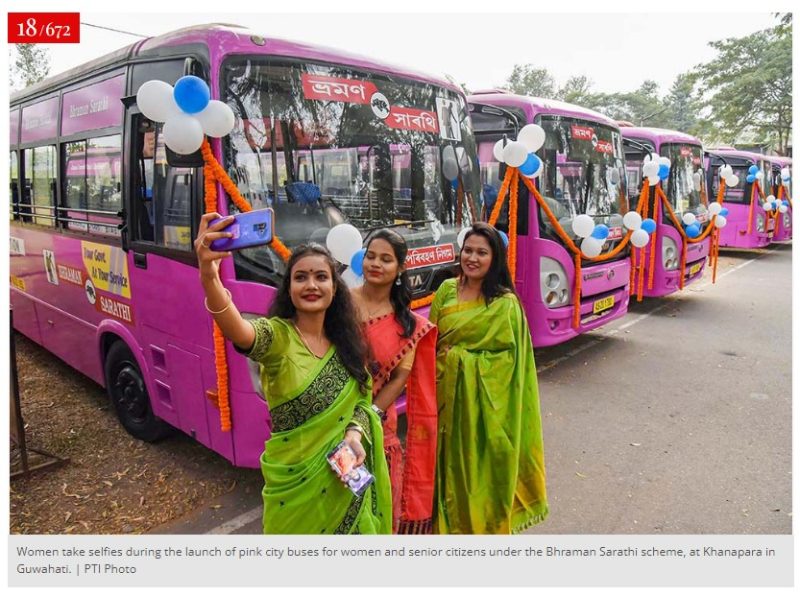 We found the same image in an article by Eastern Mirror and Morung Express, according to which the image was captured on January 09, 2021, when Assam former chief minister Sarbananda Sonowal flagged off 25 buses exclusively for women and senior citizens to travel within the city of Guwahati under Bhraman Sarathi Scheme. 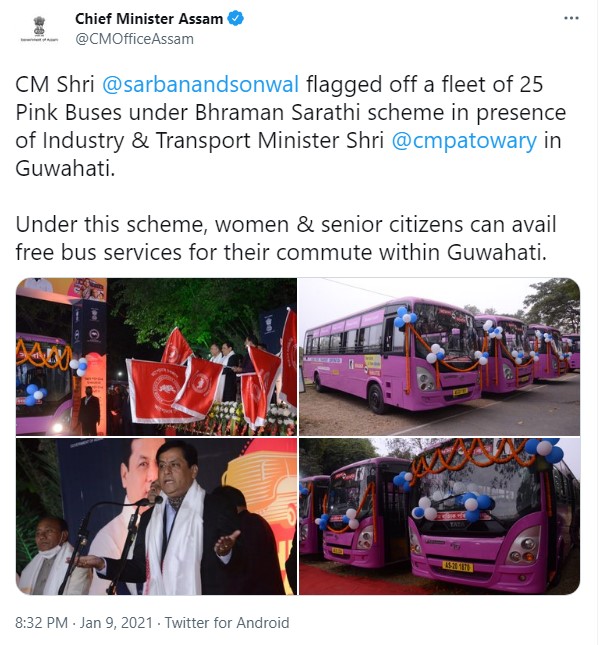 Therefore, it is clear that Congress used pictures of pink buses launched by BJP-led Assam government while promising to launch free buses for women after coming to power.