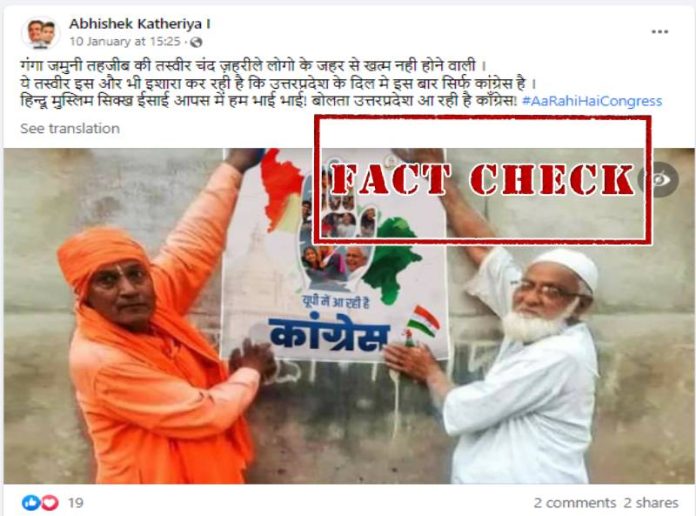 Assembly elections in Uttar Pradesh are scheduled to be held between February 10 and March 10, 2022. In this backdrop, an image is being widely shared on social media in which two people of different faiths can be seen holding a poster on which “यूपी में आ रही है कांग्रेस” (English translation: Congress is coming in UP) is written.

(English translation: The picture of Ganga Jamuni culture is not going to end with the hatred of a few poisonous people. This picture indicates even more that Congress is in the heart of Uttar Pradesh this time. Hindu Muslim Sikh Christians we are brothers! Uttar Pradesh is speaking Congress is coming !”) 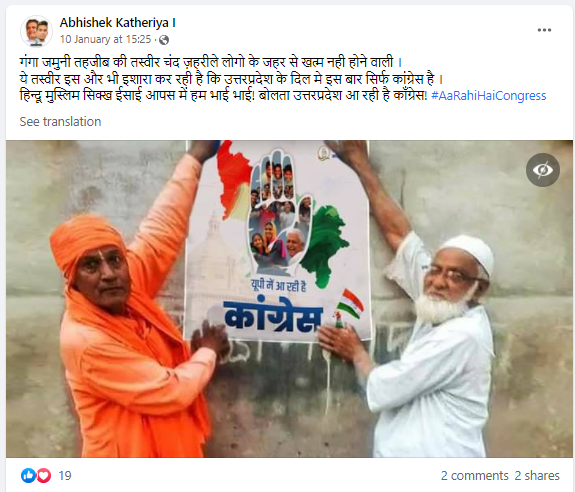 On doing a Google Reverse Image Search, we found that a similar image was published by a Facebook page on March 3, 2021. 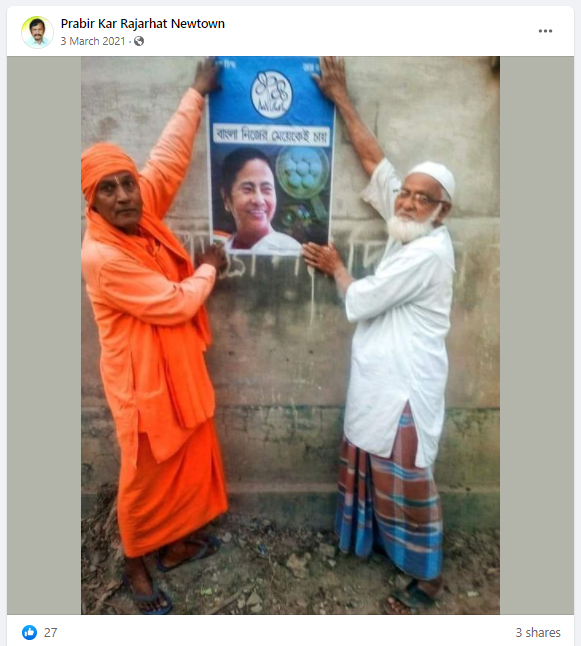 In the original image, the poster in the background is of West Bengal Chief Minister Mamata Banerjee. 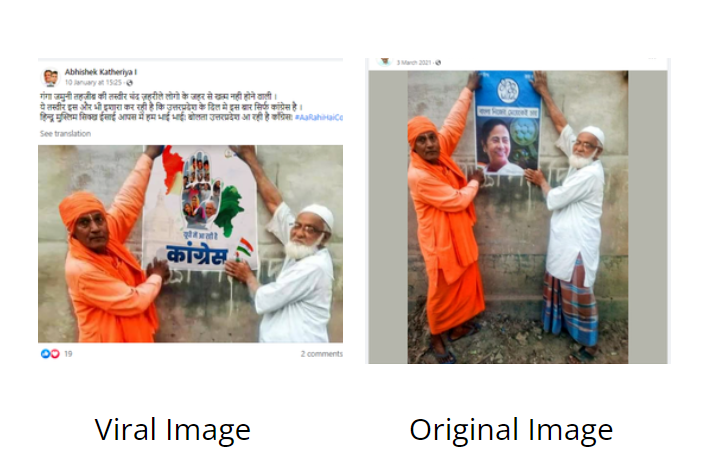 (English translation via Google: Social unity is giving the verdict. Bangla wants its own daughter. Do you want development in Bengal in the future? So, take an oath to support the girl of Bengali by going to this website.) 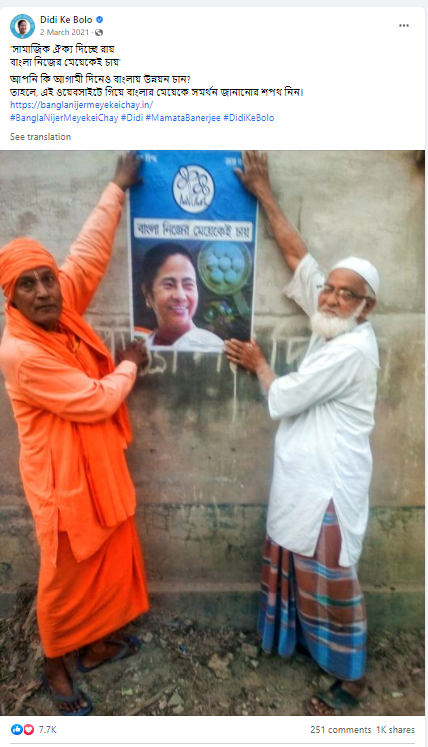 Hence, we can conclude that a poster showing people of two different faiths holding a poster of Mamata Banerjee has been morphed and is being shared with a fake claim that people of different faiths are holding posters of Congress ahead of UP Polls.