Home NM FACT CHECKER Fact Check: Is This Nikola Tesla’s Only Photo With A Woman? Here’s... 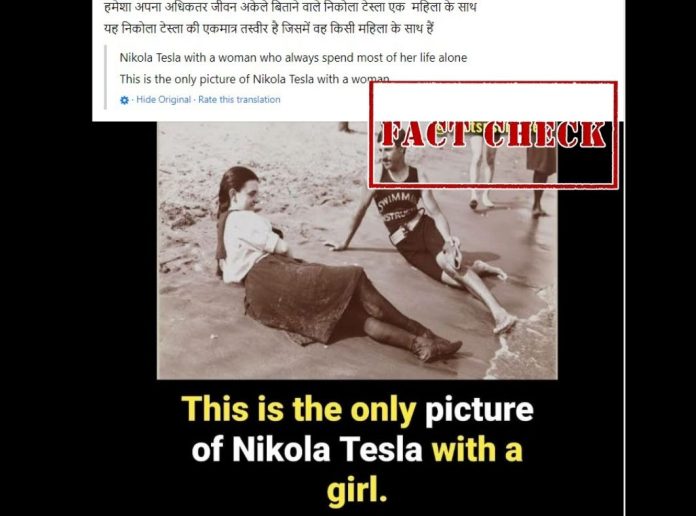 Serbian-American engineer Nikola Tesla is one of the greatest inventors of his time with more than 300 patents under his name during his 86 years of life. Tesla never married and his personal life has always been a fascinating point of discussion for the world. Now, an image is being widely circulated on social media platforms showing a black and white image of a young man and a woman sitting on a he beach, claiming that it is the only picture of Tesla with a woman. 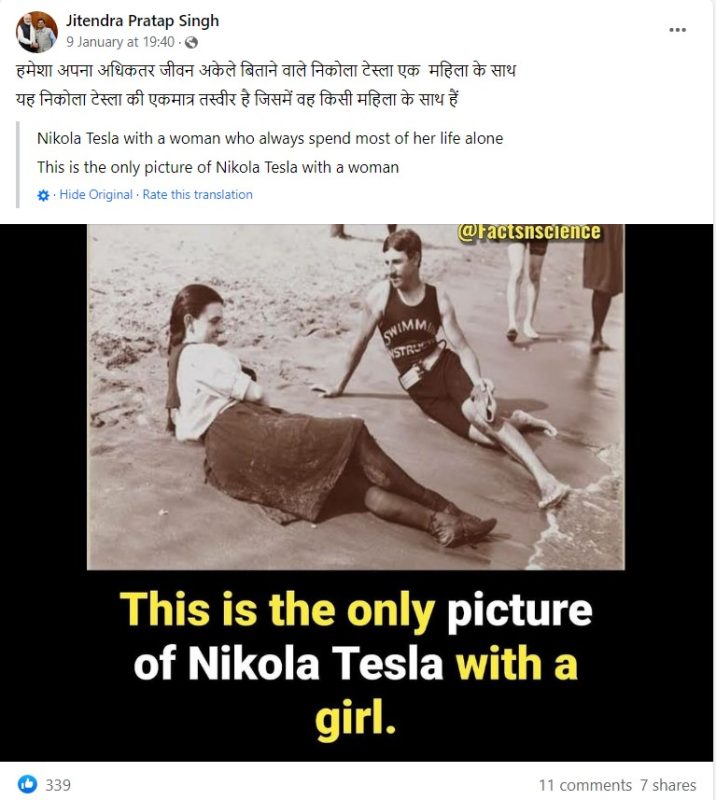 The same image is doing rounds on Twitter with the same caption.

On performing Reverse Image Search, we found the same picture on Getty Images. As per the caption, the picture shows a swimming instructor sitting next to a bathing suit-clad woman on a New York beach.

“1898: Portrait of a bathing suit-clad woman and a swimming instructor lying close to the surf on Midland Beach, Staten Island, New York. (Photo by Museum of the City of New York/Byron Collection/Getty Images),” reads the caption.

The image has been credited to the museum of the city of New York. The image was also carried in a listicle titled ‘the evolution of swimsuit’ by NBC News.

Hence, it can be concluded that though the man in the viral image resembles Nikola Tesla, it is not him but a swimming instructor.