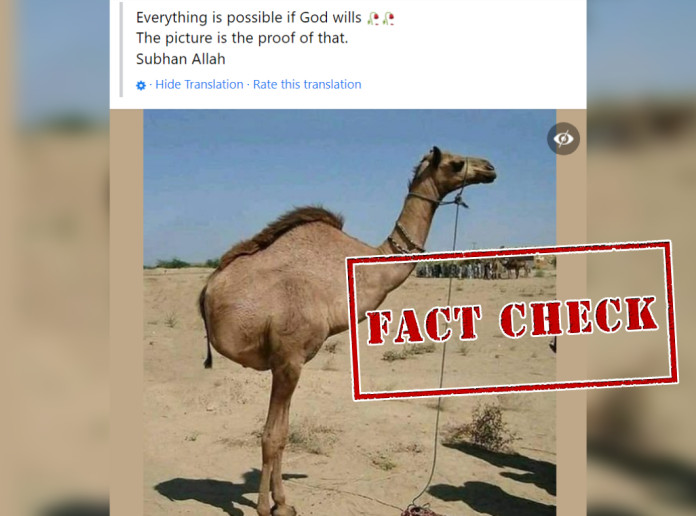 A photograph of a camel with two legs has gone viral on social media. Sharing the image, social media users are stating that, “Everything is possible if God wills. The picture is the proof of that. Subhan Allah.” 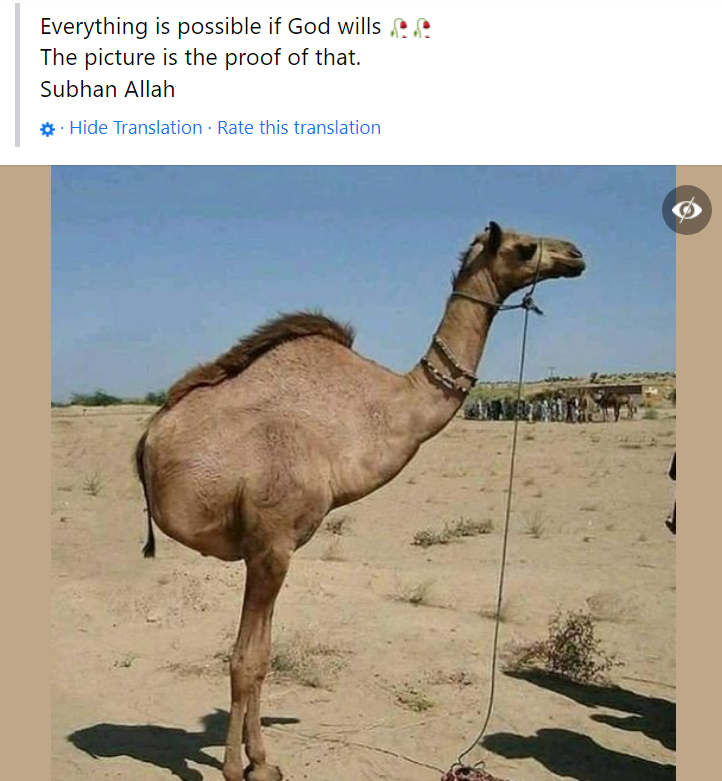 NewsMobile fact-checked the above claim and found that the image is altered.

Starting with our investigation, we did a keyword search but could not find any credible media report corroborating the viral claim. If news of any such two-legged camel had come to the fore, it would have been covered by media. However, we could find several media reports stating that the image is photoshopped.

We then performed a Reverse Image Search and found the original image published in a blog post in 2012. In this blog post, we can clearly see that the camel has four legs. The article was published by a Zoologist, Prof Dr Abdul Raziq Kakar. 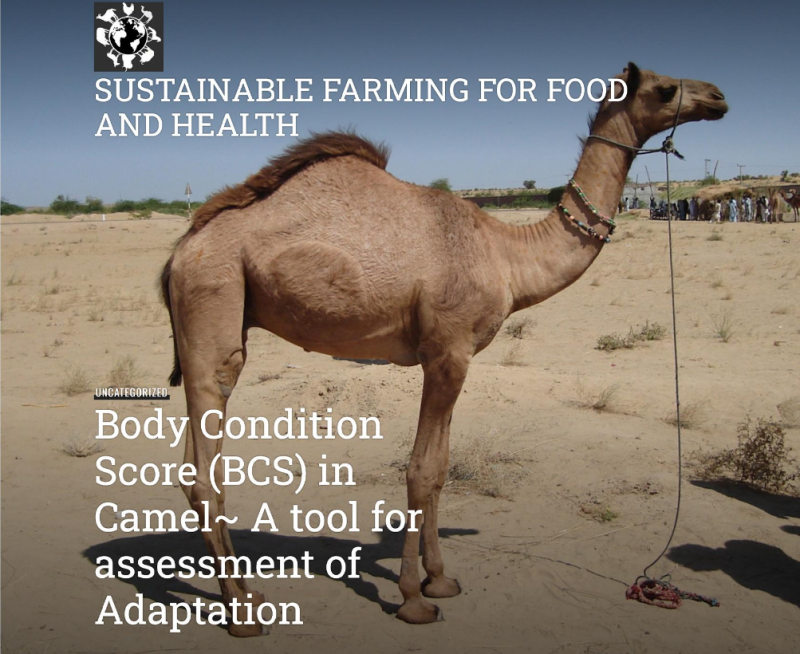 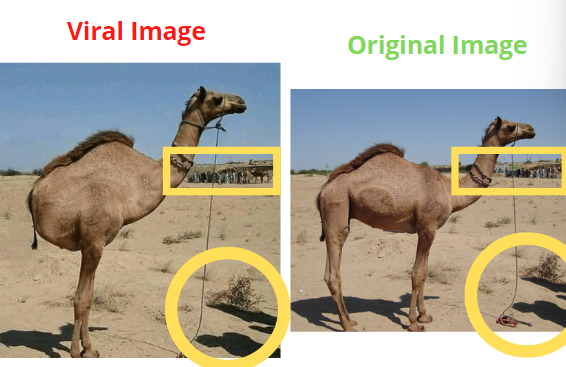 Searching further, we found the same image published on a wallpaper sharing website “yesofcorsa.com” where the camel can be seen with four legs. 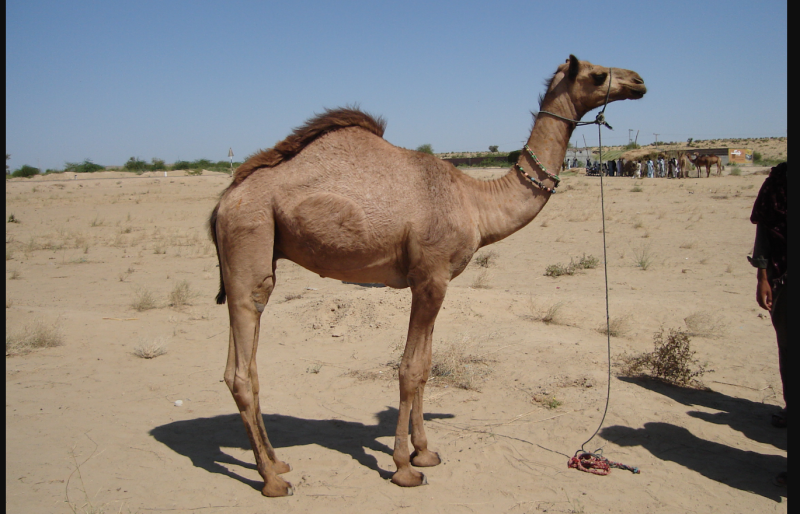 We also found that Dr Abdul Raziq Kakar clarified to AFP that “Yes, I shot this picture myself in Miti Thar district, Sindh, Pakistan. Later someone edited it with Photoshop and removed two legs.”

Thus, it is evident from the above information that the viral image showing a two-legged camel is photoshopped and not real.