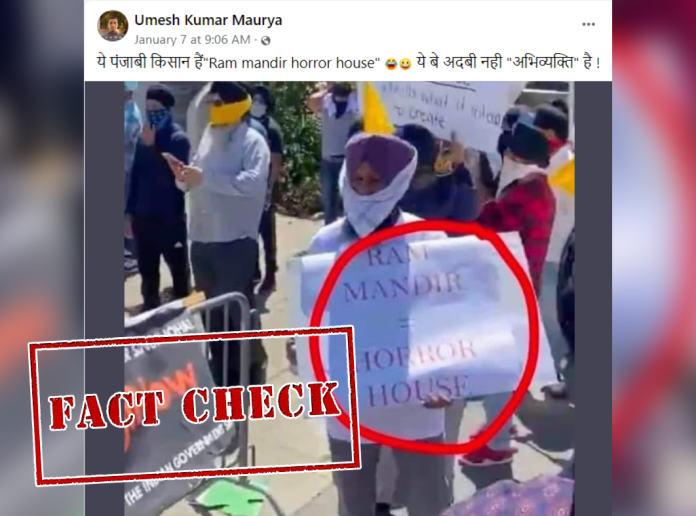 On January 5, in a massive security breach, Prime Minister Narendra Modi’s cavalcade was stuck on a flyover in Punjab for 15-20 minutes as the road ahead was blocked by protesters. Against this backdrop, an image in which a Sikh man can be seen holding a placard screaming “Ram Mandir = Horror House” is being widely shared on social media. It is being claimed that he was a protesting farmer.

The image is being shared on Facebook with a caption in Hindi that can be roughly translated in English to, “These are Punjabi farmers. “Ram mandir horror house” This is not a slang expression!” 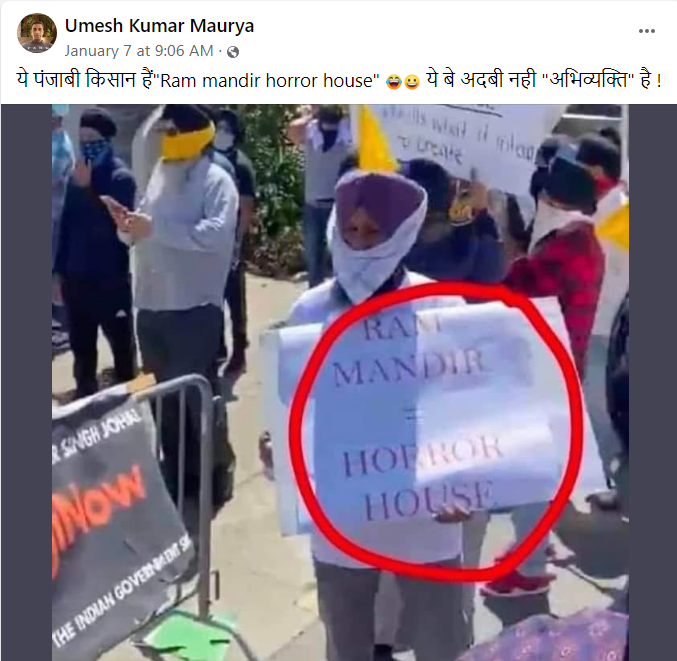 Starting with our investigation, we did a keyword search with “Ram Mandir = Horror House” that directed us to a tweet uploaded on January 9, 2021, carrying a link to a Reddit post.

The Reddit post, which was uploaded a year ago, carried the same viral image with the caption, “Meanwhile, Khalistanis in Silicon Valley of USA are protesting with posters like “Ram Mandir = Horror House” and your usual Anti-India and Anti Modi Lafda.” This clearly means that the viral image is not recent. 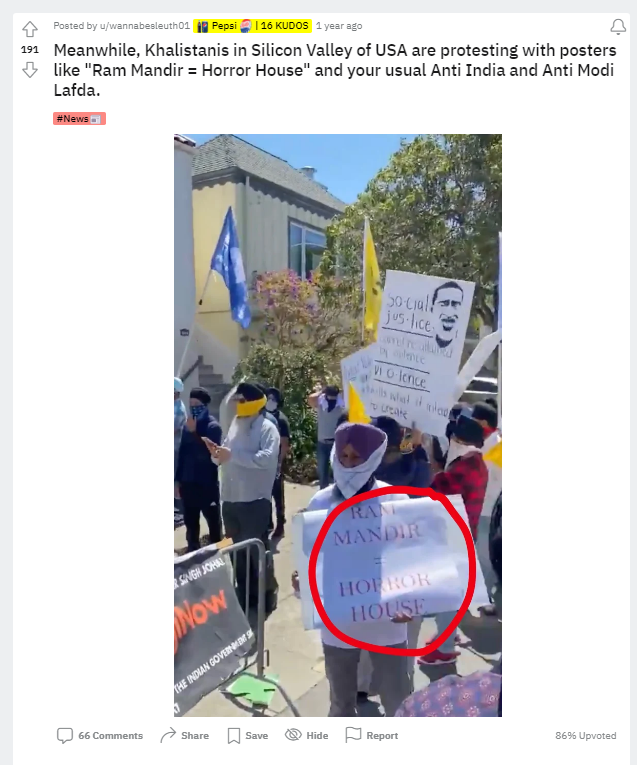 Searching further, we found the same image was tweeted by filmmaker Vivek Ranjan Agnihotri on January 29, 2021, with the caption, “In the meantime, Khalistanis in the Silicon Valley of USA. Farmers Protest? Really? Are you so naive?”

In the meantime, Khalistanis in the Silicon Valley of USA.

Farmers Protest? Really?
Are you so naive? pic.twitter.com/k2MHyR4Pcw

Looking at the video shared by Vivek Ranjan Agnihotri, we noticed a rainbow coloured board with “Arguello Pet Hospital” written on it. We searched Google Maps and found the same place is indeed located in San Francisco, California. 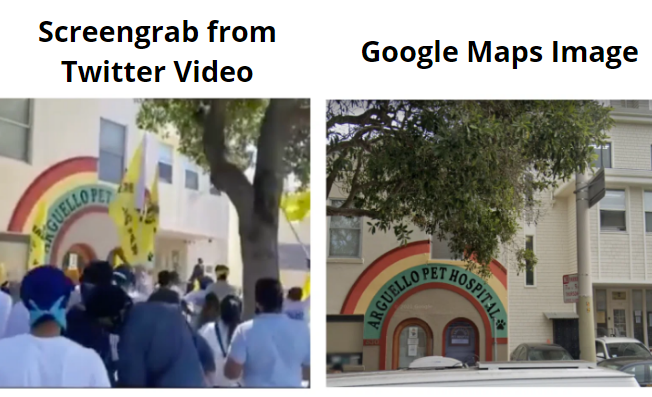 Although we could not find the viral image uploaded in any credible media report, it is evident from the above information that it is an old image from California, USA and not related to any recent protest in Punjab.