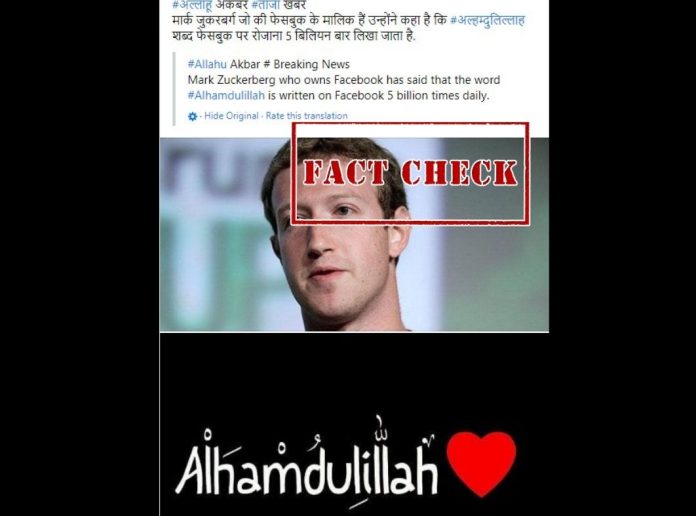 A quote attributed Meta CEO Mark Zuckerberg is being widely circulated on social media platforms. In the viral post, it is being claimed that he has said the word ‘Alhamdulillah’ is written on Facebook 5 billion times daily.

A Facebook user shared a picture of Zuckerberg with a caption in Hindi that roughly translates to, “#Allahu Akbar # Breaking News Mark Zuckerberg who owns Facebook has said that the word #Alhamdulillah is written on Facebook 5 billion times daily.” 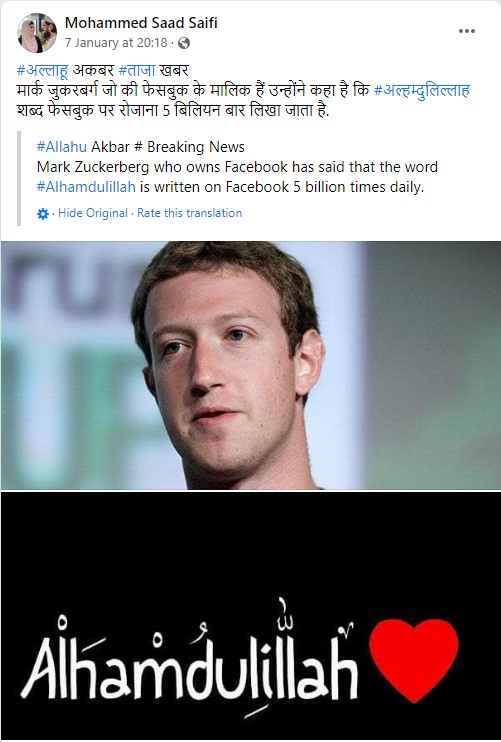 The same claim is doing rounds on Twitter as well.

We also found some users making a similar claim starting that Zuckerberg has said that ‘Shri Ram’ is written 2 billion times on Facebook every day. 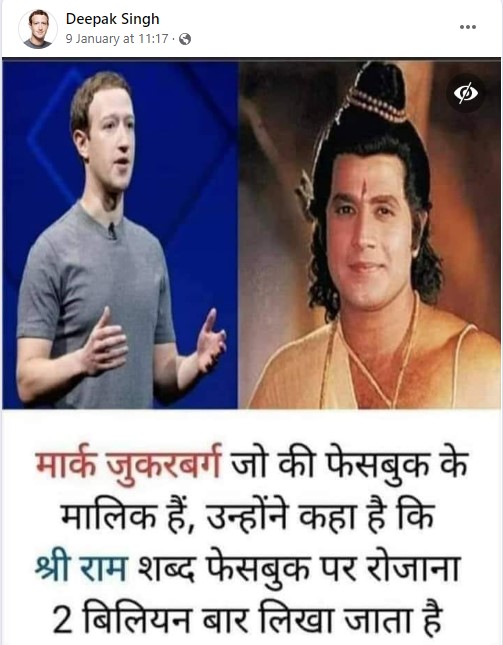 Therefore, we can conclude that Zuckerberg has not made any statement that the word ‘Alhamdulillah’ is written 5 billion times or ‘Shri Ram’ 2 billion times a day on Facebook.