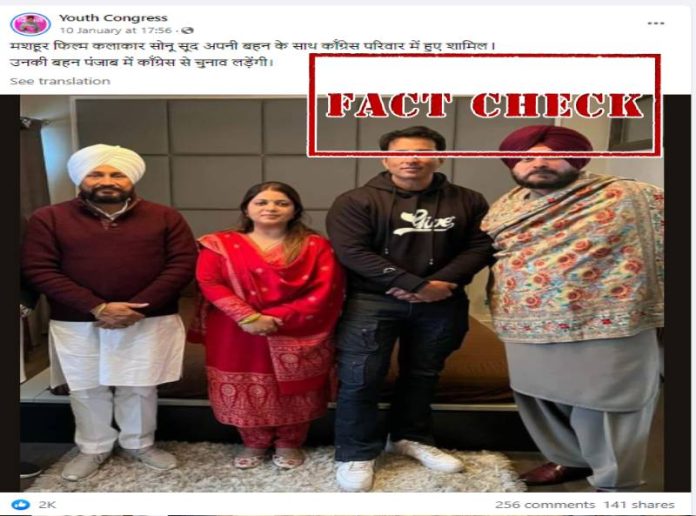 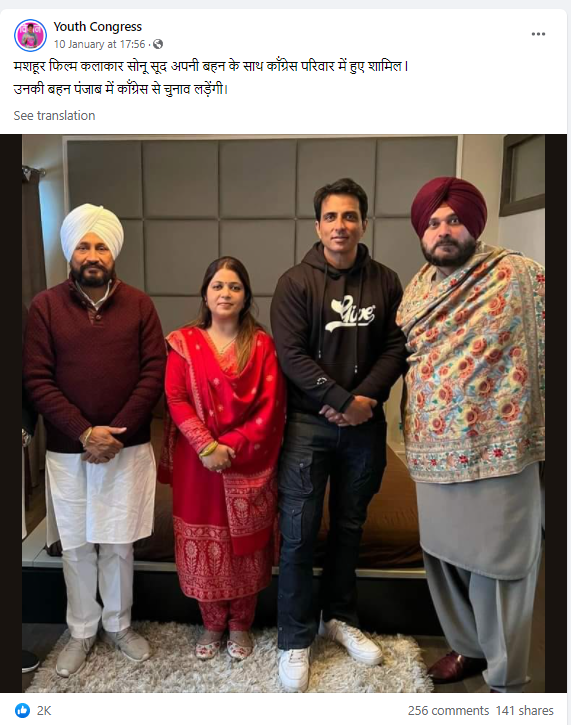 On doing a Google Reverse Image Search, we found that the same image was uploaded by Hindustan Times on January 10, 2022, with the caption that read: “Malvika Sood with Punjab CM Charanjit Singh Channi, Congress president Navjot Singh Sidhu and actor Sonu Sood. (Twitter@sherryontopp).” 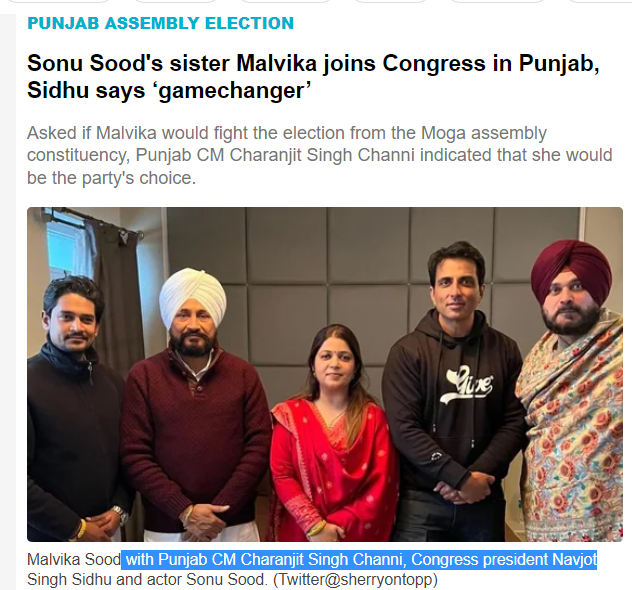 Zee News also reported that Malvika Sood joined the Congress on January 10, 2022. The report suggested that before entering politics, Mavika Sood worked extensively in the social sector. She was one of the core team members of Sonu Sood’s NGO The Sood Foundation at the time of the migrant crisis during the first wave.

Charanjit Singh Channi had also tweeted the photo with a caption: “Welcoming Malvika Sood Sachar, sister of Social Worker & Actor, @SonuSood, into the party-fold. I am sure Malvika will serve the people with full honesty and integrity and help spread the message of the Congress party at the grass-root level. #SonuSoodWithCongress.” 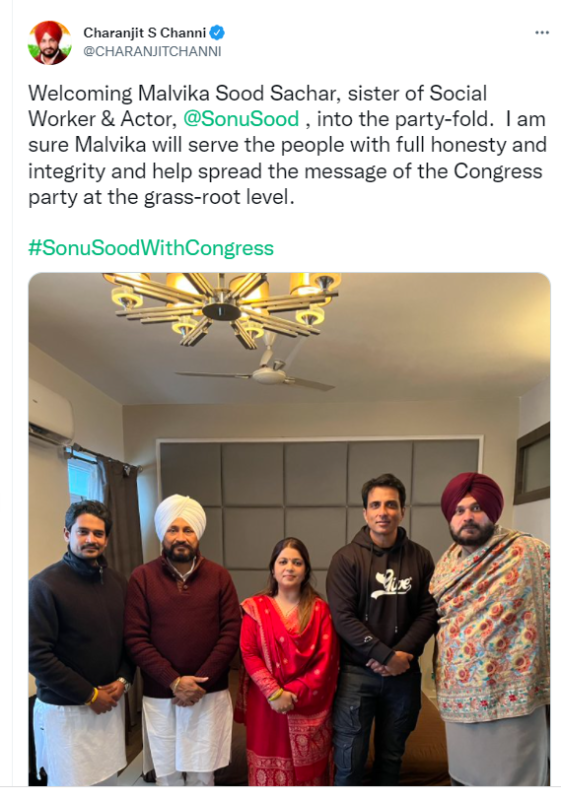 We however did not find any media report to suggest that Sonu Sood too has also officially joined Congress.

Thus, the viral claim that Sonu Sood has joined Congress is misleading. It is her sister Malvika Sood who joined the party and not Sonu Sood.